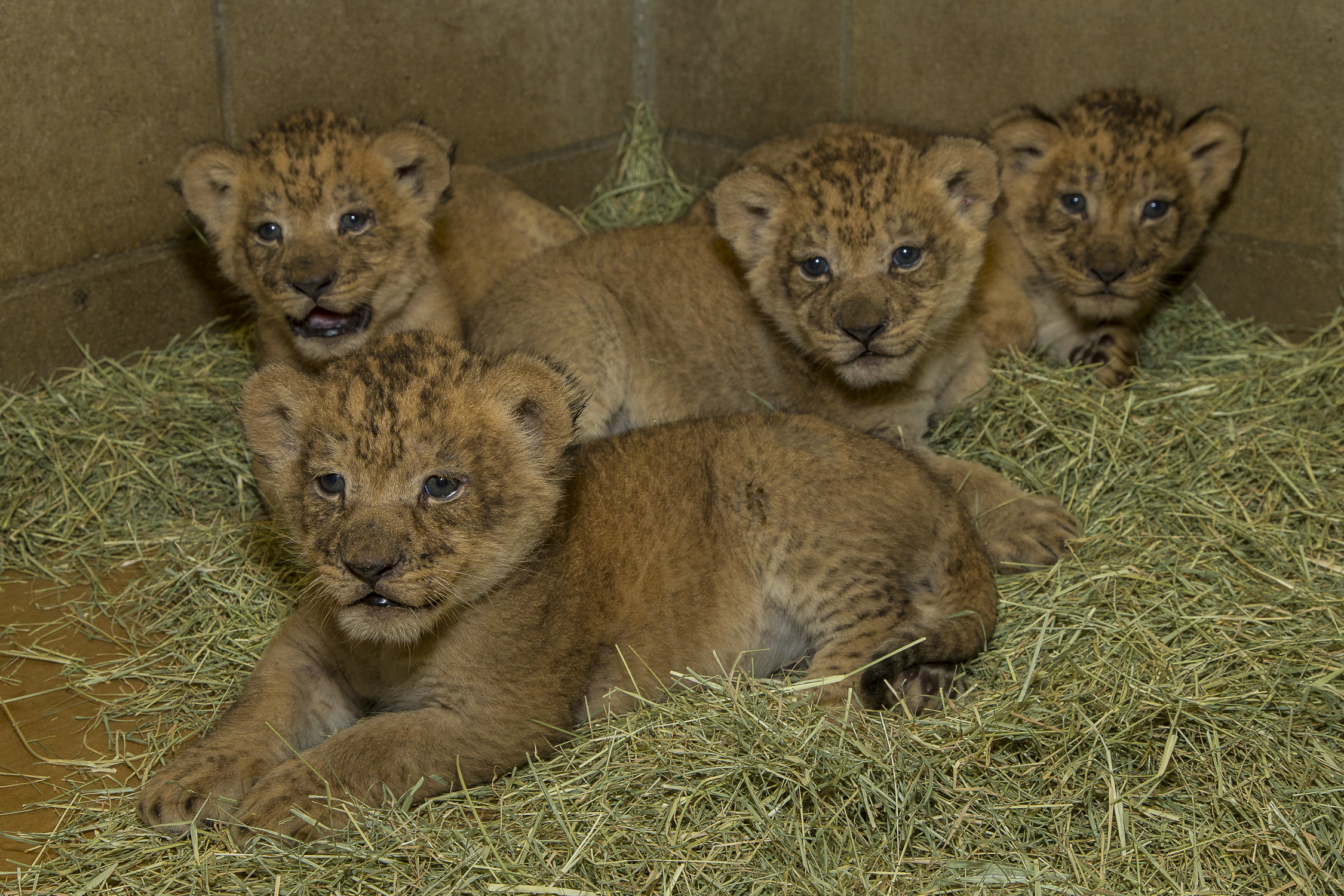 This spring and summer yielded a bumper crop of adorableness at San Diego’s attractions. Take a gander at the new baby animals and “toddlers” on display – or soon to be on display – at the San Diego Zoo, San Diego Zoo Safari Park and SeaWorld San Diego.

Baby Animals – Warts and All at the San Diego Zoo

In its effort to bring species back from the brink of extinction, the San Diego Zoo was delighted with the birth of two Visayan Warty piglets, born on June 26. The baby animals are just beginning to eat solid foods of vegetables and fruits. Keepers describe the piglet as extremely energetic and curious. Visayan warty pigs, endemic to the Visayan Islands in the central Philippines, are a critically endangered species due to loss of habitat, illegal hunting and hybridization

Such a punim! (Yiddish for “what a cute face”). This meerkat pup was six weeks old when it recently emerged from its burrow, and while it still spends most time below ground, it is beginning learning to forage for food and play above ground with its mother and other members of its mob, or family group.

The playful two-month-old 23-pound grey wolf pup pictured here is now three months old and just moved from the Children’s Zoo nursery at the San Diego Zoo. The pup, named Shadow, will live at Wegeforth Bowl and serve as an ambassador for his species.

Bundles of Joy at the San Diego Zoo Safari Park

I had the pleasure of peeking at these kitty cuties in the nursery last week. Keepers report lioness mom Oshana is attentive and the cubs appear healthy – nursing, moving and vocalizing well. The cubs will continue to bond with their mother behind the scenes and when they are older and stronger, they will be able to explore a larger habitat and gradually be introduced to their father Izu, and the Safari Park’s other adult female, before going on public view at the Safari Park’s Lion Camp.

Now five-months old, baby gorilla Joanne has been growing and gaining independence, reaching milestones such as riding on her mother’s back and crawling. Joanne was born at the Safari Park on March 12 after a rare emergency C-section. This was the first baby for mother Imani and the 17th gorilla to be born at the Safari Park.

This male black rhino calf, born on July 12,  marks a significant achievement, since black rhinos are a critically endangered species with approximately 5,000 left in the wild. “Poaching is the main reason why the numbers of black rhinos are on the decline,” according to Julie Anderson, a keeper at the San Diego Zoo Safari Park. “Any birth here at the Park is an important birth, and we have been very fortunate to have a newborn baby here.”

SeaWorld’s latest flamboyance of Caribbean flamingo chicks range in age from two weeks old to two months old.  The birds are currently being raised by their parents (both mother and father play a role) in the flamingo habitat. The park’s bird keepers are on watch as additional eggs will hatch out in the coming days and weeks. SeaWorld San Diego has been caring for and breeding flamingos since the 1970s.

Celebrating the marriage of science and conservation, one of these little guys was conceived through artificial insemination and a frozen sample, perhaps a milestone for preserving endangered species in the future. These baby animals just joined the adult colony of Magellanic penguins in an outdoor habitat outside the Penguin Encounter at SeaWorld San Diego. Since 1980, more than 600 penguin chicks have been hatched and raised at the marine park, including the first-ever chinstrap and emperor penguins. SeaWorld aviculturists have had a worldwide impact on pioneering techniques for rearing penguin chicks.