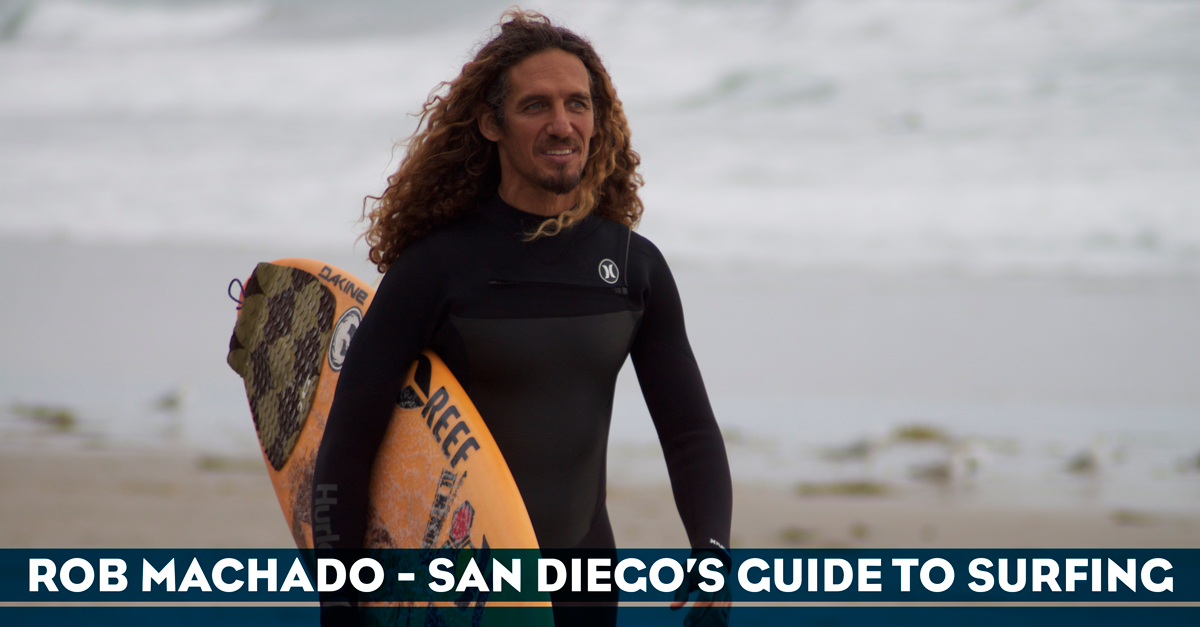 Though he was born in Australia, Rob Machado is a San Diegan through and through. This professional surfer has been in the water all over the world, but he still loves surfing San Diego. “I’ve been a lot of places, and there’s not that many places around the world where you have an area that so compact with so many good surf spots,” Rob says.

Surfing works up a serious appetite. Fortunately, Rob knows you don’t have to stray far from the beach to find good food in San Diego.

One of Rob’s favorite things to do in San Diego is see live music. Try catching a show at one of his three favorite San Diego music venues.

Catch more of Rob Machado’s San Diego tips, including his advice for beginning surfers, at sandiego.org/goodstuff.