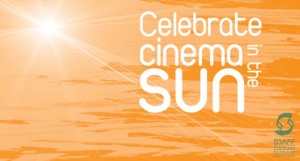 For one week, the Asian Film Festival takes over the Mission Valley UltraStar Cinemas at Hazard Center. It’s a highly anticipated event each year and I am really excited about seeing some of the films. There will be over 100 film premiers from twenty countries. Visitors can meet the filmmakers and actors, attend panels, as well as see a live hip hop showcase.

Currently, two films that are getting the most buzz are “The Legend of the Fist: The Return of Chen Zen” from Hong Kong and “Time Traveler: The Girl Who Lept Through Time” from Japan. I’m most interested in seeing “Time Traveler”. The movie is loosely based on the novel by Yasutaka Tsutsui and is a coming of age story set in 1974. “Time Traveler” will have its West Coast premier on Friday, October 23rd at 5:30 p.m. and Monday, October 25th at 7:00 p.m.

The martial-arts movie, “The Legend of the Fist: the Return of Chen Zen” currently has the most hits on SDAFF’s website (www.sdaff.org) and will open the Film Festival. Should be very exciting!

Interested in attending the film festival? Comment on our blog, and six lucky winners will each win a pair of tickets. Entrants must comment by Tuesday, October 19th at 10:00 a.m. to win.