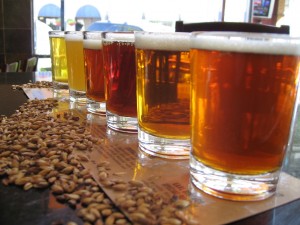 If you haven’t heard, San Diego brewers are pretty much kicking Heineken these days in the craft beer scene as they continue to pump out award-winning brews and take home coveted titles like “World’s Best.” Our beer is so tasty, that local restaurants and brewpubs have joined in on the fun and are rounding out their menus with beer-infused foods to compliment our sophisticated beer palates.

Some of my beerfood favorites include:

What are some of your favorite beerfoods or beer-centric restaurants?