3. San Diego Latino Film Festival. The Film Festival runs from March 10-20 at the UltraStar Cinemas at Hazard Center in Mission Valley and will feature works by Latinos or about the Latino experience. In its 18th year, over 2,000 films/videos from across Latin America and the United States have been screened.

4. Flower Fields Ranunculus Tours. Every year from March until early May, the Flower Fields at Carlsbad Ranch blossom into a spectacular sea of brightly colored ranunculus flowers. Open daily from 9 a.m. to 6 p.m. 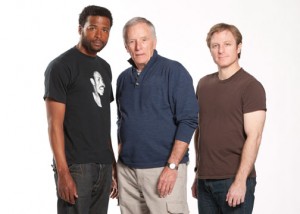 5. Groundswell. Opening March 12, 2011 at the Old Globe Theatre, Groundswell is set in a small lodge on the ferociously rocky coast of South Africa, two men plot to convince their lone guest to invest in their diamond mining scheme. The three men find themselves caught in a power struggle fueled by greed and desperation and will go to any length to secure a chance at a better life. This unforgettable thriller offers a provocative look at a society still haunted by its divided past.