Let your patriotic colors fly this 4th of July – and all weekend long – in Coronado, just across the bridge from downtown San Diego. 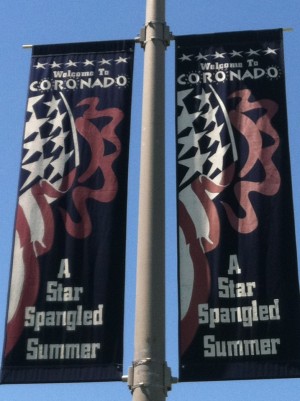 Coronado’s Independence Day bash is the most popular in San Diego County. The prominent Navy presence on the island is a big reason why. There’s NAS North Island, aircraft carriers like the famous USS Carl Vinson which just returned from the Middle East, and Naval Amphibious Base Coronado where the elite Navy SEALs train. (Did you know: Coronado traces its rich military roots back to 1911 when the first navy plane flew from its shores)

Before, during and after the festivities, following are Five Fun Places to Try along Orange Avenue:

Have a fantastic 4th of July weekend!