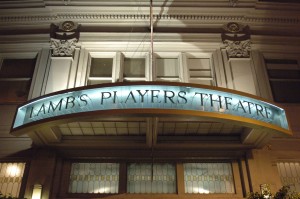 Lambâs Players Theatre is one of only a handful of artist-directed Ensemble theatres in the nation. The theatre is committed to the tradition of ârepertoryâ theatre, maintaining both a long-term ensemble of resident actors and a body of work to which they frequently return. In addition to producing classics and lesser-known gems of the theatre, Lambâs Players is committed to the development of new work. The theatre also has a special interest in exploring spiritual issues for a diverse mainstream audience.