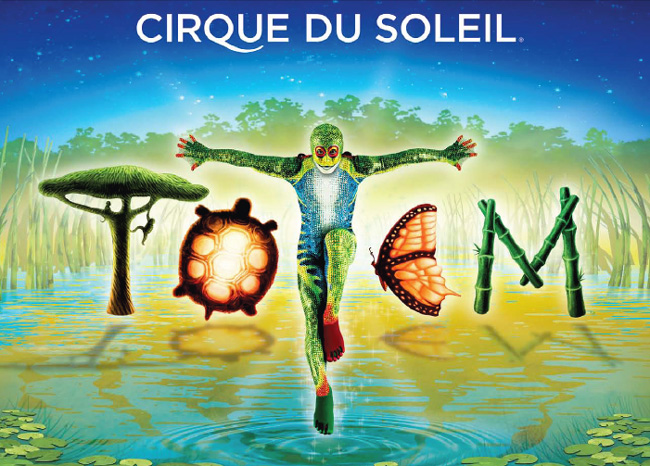 It is the only logical explanation. How many humans do you know who can do this?

Okay, okay. By now the world is familiar with superhuman feats and otherworldly costumes made famous by Cirque du Soleil. But as, dare I say, commonplace as such extreme physical feats have become, seeing Cirque du Soleil’s TOTEM (now through May 27, 2012) in person is as thrilling and overwhelming as if a blue and yellow spaceship landed smack dab in the middle of the Del Mar Fairgrounds carrying sparkly, limber, flying aliens.

In other words, Go! Spend the money. Get the babysitter. Bring the kids. Whatever you have to do. TOTEM is a “fascinating journey into the evolution of mankind” told through a woven tapestry of multi-cultural mythology and overarching symbols, and there is no group more suited to tell the story of human progress than one dedicated to the limitlessness of corporeal potential.

While every piece is filled with entertainment, from the terrifying balancing acts to the hilarious clown interludes, the stand-out performance is, hands down, the double trapeze. Going beyond the expected acrobatics, the high-flying couple climbed, spun, dropped, swung, pushed, pulled, twirled and contorted their way through a flirtatious, aerial battleground to end lovingly in one another’s arms. It was simply stunning, beautifully choreographed and extremely touching. 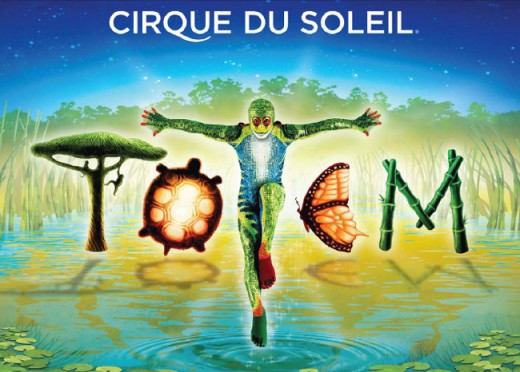 Insider Tip: Plan for Traffic!
I gave myself 40 minutes to get there from downtown and was almost late due to the greater-than-normal traffic exiting Villa de la Valle from 5 North. I was so worried about being locked out of the Grand Chapiteau for the first act (where the Crystal Man appears to light the world!) I ran as fast as I could in my heels (What was I was thinking? Dressing up for the circus? Bad idea) practically forcing my way in to the tent. Talk about classy. I just really love the circus. Unless you want to be that girl, I suggest leaving yourself ample time and wearing appropriate clothing. Lesson learned.