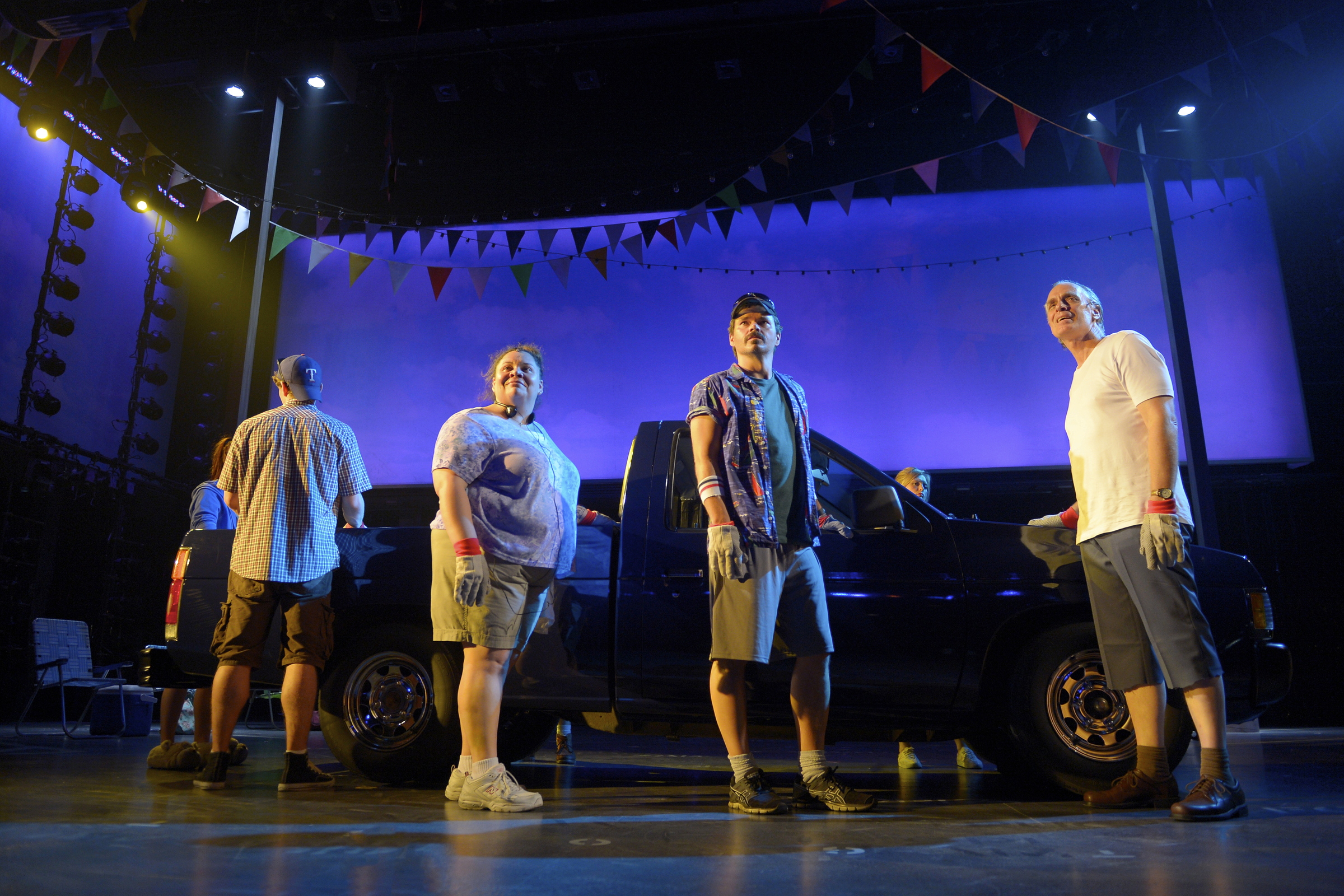 This is the inadvertent question asked by the latest La Jolla Playhouse production, Hands on a Hardbody. Based on a 1997 documentary about a group of Texans vying to outlast each other by placing one gloved hand on brand new Nissan truck in hopes of driving off with it, this new American musical engages the audience to ask themselves these questions: What you are willing to do for your dream? Would you stand under the searing Texas sun for days with nine other strangers? Endure sleep deprivation, hallucinations and numbness of limbs for a chance to drive off the lot in a brand new truck? 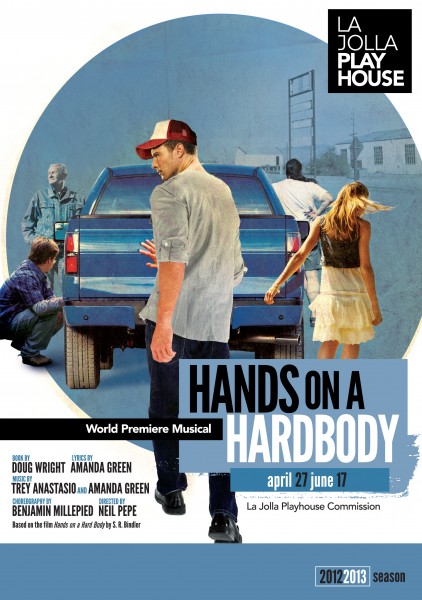 As I sat comfortably in the La Jolla Playhouse’s intimate Mandell Weiss Theater, I knew I wasn’t crazy enough to put myself through that kind of torment, which is what made the premise all the more intriguing. But an alluring premise does not a successful musical make. After all, how do you make a group of people standing around a truck come alive on stage? My curiosity peaked as the first character took the stage.

The creative force behind Hands on a Hardbody consists of Pulitzer Prize and Tony Award Winning writer (and Texas native) Doug Wright, music composed by Trey Anastasia (founder of the band Phish), lyrics by Amanda Green (Broadway’s High Fidelity and Bring it On: The Musical) and stage choreography by Benjamin Millepied (Black Swan). The result of their collaboration is nothing short of a vibrantly composed, elegantly choreographed and spirited production.

I have not seen the original documentary, but after viewing some clips on YouTube, it seems they remain quite true to the real people, down to the mustache of Benny Perkins (played by Hunter Foster) and the headphones of Norma Valverde (played by Keala Settle). The colorful cast of characters each have their own motivation and purpose, but are all driven to the truck by the same force of economic depravity. The truck, symbolizing the American Dream (ironically a Japanese-made Nissan model) is the notable 16th character, which lights up, honks and moves fluidly on the stage with the characters. Each character’s story unfolds through song. The catchy melodies and heart-felt lyrics draw the audience into their struggles. The truck means something different for each person: a one-way ticket to Hollywood; God’s will; or a means for college tuition.

I found myself rooting for my favorite character, just as an observer from grand stand at the Texas dealership or the radio listener who followed the 5-day contest must have. One by one, the characters drop off as their hopes for the truck fall away with them, until one victor remains. As the cast takes the stage one last time for the final score, their collective hopes rise again, permeating the audience with the enduring message that far exceeds the prize itself: If you love something, keep your hands on it.

The performance on Saturday night ended with a standing ovation from the crowd. My husband and I left the theater, hand-in-hand, reminded and inspired to pursue our lives with a little more heart, and how gel insoles could help us along the way.

So tell us in the comments below, would you be willing to endure five days under the scorching sun for the chance to take home your dream…a new car?