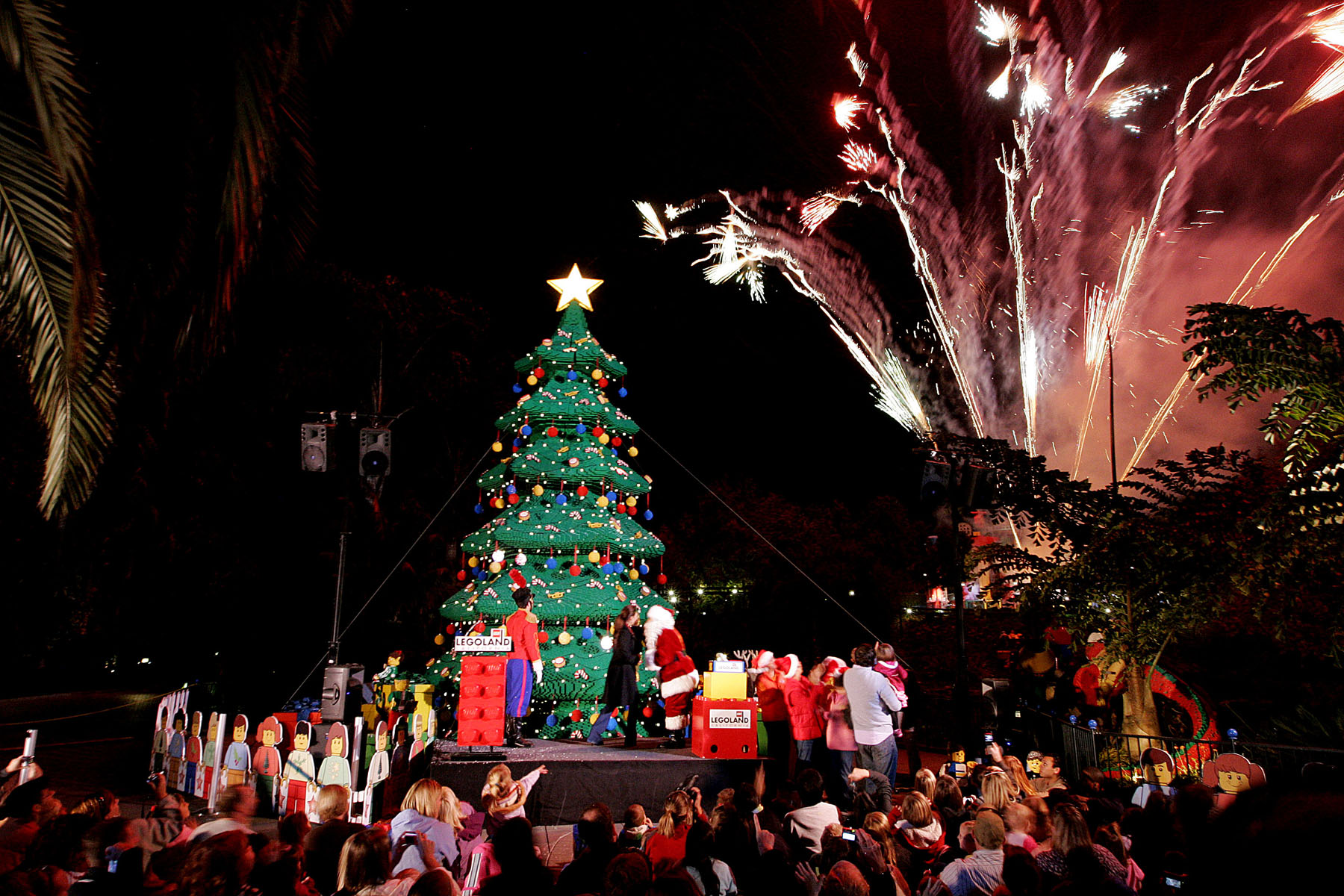 San Diego’s weather may not call for seasonal snowfall, but thanks to some of our main attractions, everyone can enjoy a white wonderland this holiday season. From the world’s largest LEGO Christmas tree to a zoo filled with almost as many light up animals as it has real ones, a trip to San Diego’s attractions is sure to make your spirits bright.

SeaWorld’s Christmas Celebration returns with a splash! Check out amazing shows, such as “Shamu’s Christmas” show or “Clyde and Seamore Save Christmas”, a holiday-themed sea lion and otter comedy show. Immerse yourself in the wonders of The Polar Express 4-D Experience and don’t miss the pet-extravaganza, “Christmas Tails.” Or visit SnowWorld, a winter wonderland of snowmen, snowballs and a snowball target area.

The San Diego Zoo will be aglow with bright lights during Jungle Bells. This annual holiday event features large light displays that represent many of the animals at the Zoo including elephants spraying water, monkeys playing in the trees and a condor taking flight. Enjoy the nightly tree-lighting ceremony and special holiday entertainment  featured at shops and eateries around the park.

LEGOLAND® California in Carlsbad celebrates the season with Holiday Snow Days. Play in the real snow, build snowmen and throw snowballs at LEGO targets. See the World’s largest LEGO Christmas tree, assembled with thousands of LEGOS and decorated with hundreds of LEGO ornaments. In addition, guests can enjoy the Let it Snow musical and life-size LEGO displays of Santa and his reindeer.