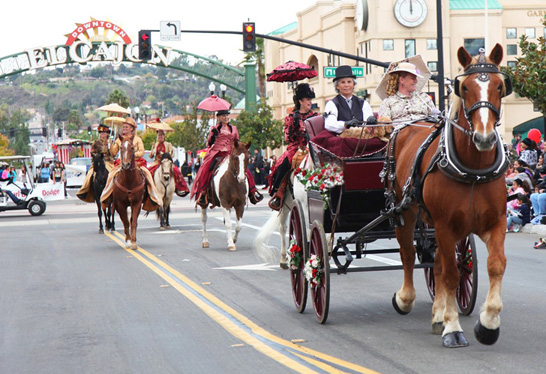 There’s no better way to make some merry this holiday season than to head to San Diego’s East County for the 66th Annual Mother Goose Parade this Sunday, November 18 in El Cajon.

Two miles long, and with an estimate attendance of over 250,000 people, it’s the largest parade in San Diego County! Festivities begin at 10:00 AM with the parade route going from Magnolia and Main Streets in downtown El Cajon, ending at Madison.

Afterward, kids can get their play on at Mother Goose Village (located at the Prescott Promenade; open until 3:00 PM), featuring a rock wall for climbing, bounce house and yummy food vendors!

For decades, celebrities have joined in the fun of the Mother Goose Parade as Grand Marshals.

Which ONE of the following was NOT a Grand Marshal:

{Drum roll}… the answer is George Takei. This original Trekkie was never a Grand Marshal at the Mother Goose Parade. But there’s always next year! 😉