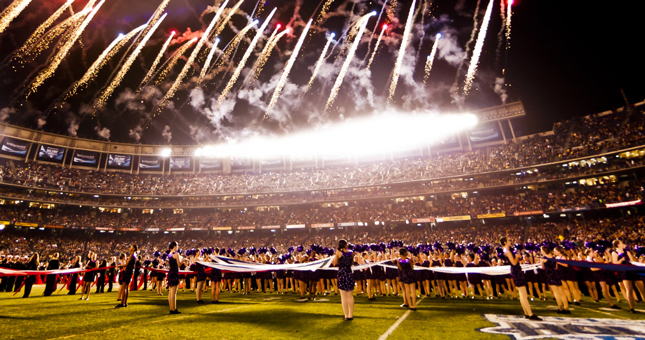 Spend the last few days of December and 2012 enjoying these great things to do in San Diego!

If you still are looking for things to do this New Year’s Eve, here are a few guides for you:

In the first appearance for both teams, The UCLA Bruins from the Pac-12 conference and the Baylor Bears from Big 12 conference will square off in the 35th annual Bridgepoint Education Holiday Bowl.

Enormous and colorful balloons will fill the waterfront during the Port of San Diego Big Bay Balloon Parade. Stop by before the parade for the 16th Annual Wienerschnitzel Wiener Nationals and stay afterward for the Family Festival at the Broadway Pier Pavilion.

Shen Yun takes the audience on a magical journey through ancient dynasties and diversified ethnic religions immersing them in sublime beauty and grace, and experience the glory of an ancient civilization with music provided by a live orchestra.

The 2012 San Diego International Auto Show features the widest variety of new vehicles under one roof with new car and truck models from over 30 manufacturers are featured, as well as the cars and trucks of tomorrow with concept vehicles from a number of manufacturers.

Don’t miss out on the wonderful story of humans and horses told through the acrobatics and music of Cavalia. Due to popular demand, the producers have extended the run to now go through January!

Know of any other great events going on in San Diego this weekend? Let us and others know in the comments below.