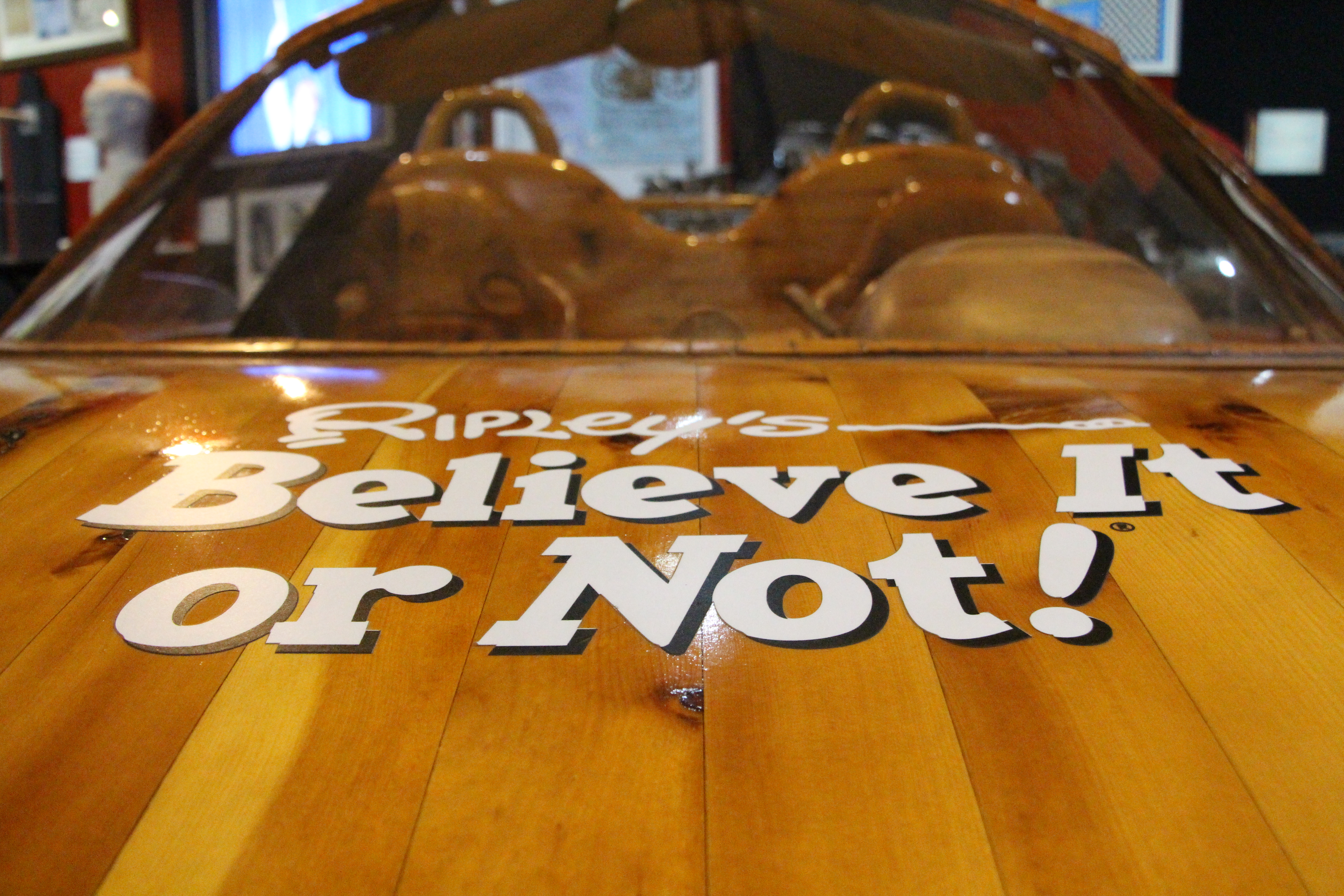 Believe it or not, February is a great month to explore new exhibitions in San Diego’s Balboa Park. Why? Because February is also San Diego Museum Month, a month long event offering a 50% discount on regular admission to 42 museums throughout the county.

Ripley’s Believe It or Not

Step right up and marvel at the ludicrously strange and extremely amusing including an actual shrunken head, unusual modes of transportation, ordinary people performing amazing feats, outer space and aviation oddities, and more inside the Ripley’s Believe It or Not exhibition at the at the San Diego Air & Space Museum. Don’t wait too long because these interesting artifacts won’t be back in Balboa Park for another 80+ years!

Listen to this as you ride on over to Balboa Park’s San Diego Automotive Museum to marvel at some of the finest examples of lowriders created in the San Diego region. Included in the Lowrider Legends of San Diego exhibition are such classics as a 1951 Chevrolet truck, 1949 Hudson, 1982 Cadillac, 1939 Chevrolet and more.

Behold the Devil with Two Heads centipede, tremble before the Goliath Bird-Eating tarantula, gaze upon the Glowing Terror scorpion! Dr. Entomo’s Palace of Exotic Wonders brings the most peculiar and astonishing bugs on Earth to the San Diego Natural History Museum (theNAT). In addition to the local insects theNAT brings to the exhibition, Dr. Entomo’s also includes 18 baffling species of live critters, as well as mounted specimens.

A self-taught artist from Montgomery, Alabama, Bill Traylor’s depictions of life in rural and urban Alabama made him one of the most celebrated artists of the 20th century. The exhibition will feature more than 60 rarely seen drawings from the two largest public collections of his work, the High Museum of Art in Atlanta and the Montgomery Museum of Fine Arts.

Cygnet Theatre and Mingei International Museum have partnered to help maximize audience for two important shows during Black History Month: the exhibition Bill Traylor and the play Gem of the Ocean running at Cygnet from January 24 – February 24.