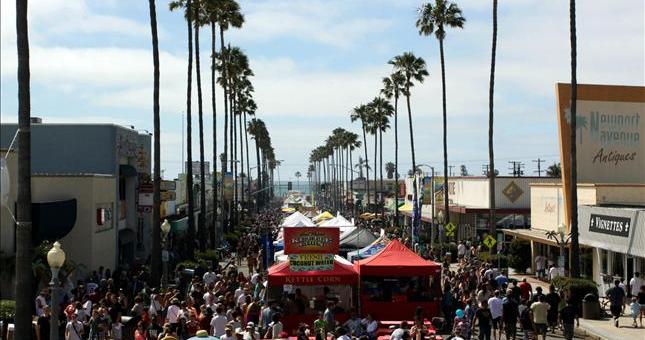 It’s here…the first weekend of summer! That means it’s time for body surfing at the beach, hiking through to mountains, cycling along the boardwalks, bonfires in the evening and these top things to do in San Diego:

An Evening with Rita Coolidge

Join The ASI Way in beautiful San Diego for a night with Rita Coolidge, a multiple Grammy award-winning vocalist.

Enjoy live music while strolling and dining in San Diego’s hip and historic Little Italy. Appetizers, entrees, beverages and desserts will be served by the area’s finest restaurants. This year there will be two smaller routes to choose from, and if you are feeling very hungry, the two routes can be combined.

Sample mare than 50 wines, cheeses and chocolates from donors, private chefs and local California vineyards while dancing to the music of Sue Palmer, San Diego’s “Queen of Boogie Woogie.” There will also be a silent auction.

Breweries from around the world will come to the San Diego County Fair with over 300 beers for you to sample. New this year for the competition will be crowning a Champion Brewery in addition to our Best of Show Beer.

Surfs Up! Whether catching a wave with a furry friend or seeking fun on the beach with friends and family, this year’s attendees can expect a fun-filled day on the beach. Activities also include a chance to meet Petco’s most experienced trainers or try relaxing with a Puppy Massage/People Massage.

Rival clansmen will test each other’s prowess at various sports – running, jumping, wrestling, or primitive forms of weight putting with stones, or dividing into roughly equal sides against each other in a very early form of camanachd or shinty. Lastly the clansmen will vie with each other in piping and in dancing, the pipers taking turns to demonstrate their skills and the clansmen to demonstrate their agility and neatness of movement by dancing complicated steps to the pipe music. These relaxations were in effect the forerunners of the modern Highland games.

La Jolla Festival Of The Arts

Stroll through La Jolla browsing among art from more than 200 local and national award-winning artists, listening to live music and marveling at live chalk art creations. There will be plenty of food and a children’s area. Proceeds from the festival support recreational and rehabilitative services to injured veterans returning from Iraq and Afghanistan.