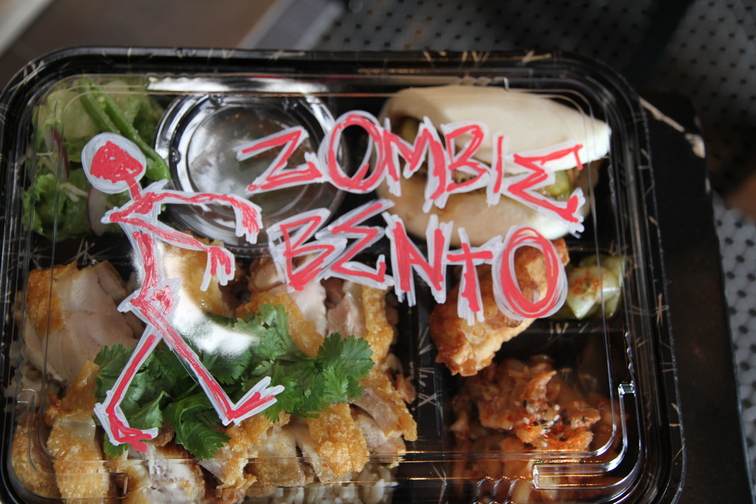 Zombies and superheroes rejoice: you don’t have to settle for boring concession stand food and drinks at Comic-Con. The spirit of season has taken over several spots around San Diego, offering crafty cocktails, nerdy brews and tasty bites that any caped crusader or would approve of.

Located close to the Convention Center in the Gaslamp District, Gaijin Noodle + Sake House serves up a bento box that’s not for the faint of heart: their special Comic-Con edition “Zombie” bento boxes feature “pork blisters,” “buried and fermented bloody cabbage,” and “raw flesh of fish with cold, grey worms” (which translates into fried pork gyoza, kimchi, and yellowtail with cold buckwheat noodles, for those of us that don’t speak Zombie).

A Comic-Con and Pop Culture-Inspired Menu

In the north end of downtown, the Prohibition-inspired restaurant Chaplos pays homage to classic comics from the 1930s with an event titled “The Golden Age meets the Speakeasy Era.” Comic Con fans are invited to stop by on Friday, July 19 and Saturday, July 20 for an evening of cocktails and traditional jazz. Wear a costume, memorabilia or t-shirt showcasing your favorite Golden Age comic book hero (Superman, Batman, Captain America, Captain Marvel and Wonder Woman) or show your comic con badge and receive a free specialty cocktail from 7:00 to 9:00 PM.

Spot any other Comic-Con theme food and drinks around town? Let us know about them in the comments below!