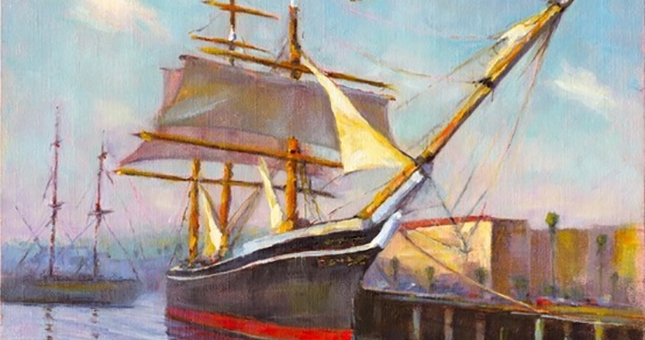 What?! Spend time in San Diego indoors? Yes! Take some time to visit these amazing exhibitions at museums throughout the county and you just might forget about the beach.

During San Diego Museum Month in February, you can use the half-off admission offer to explore some of these exciting exhibitions.

Please Note: Some special exhibitions may require an additional entrance fee. Also, this is not a complete list of exhibitions by any means! There are plenty more to see.

Real Pirates: The Untold Story of the Whydah from Slave Ship to Pirate Ship

Real Pirates tells the true story of the Whydah – a real pirate ship that sank off the coast of Cape Cod nearly 300 years ago – and showcases treasure chests of coins and gold, jewelry, weaponry such as cannons, pistols, and knives and a replica of the actual ship that visitors can board.

Ripley’s Believe It or Not! Weirder and Wackier Than Ever

One of San Diego’s most popular exhibit, Ripley’s Believe It or Not! returns to the San Diego Air & Space Museum weirder and wackier than ever. The exhibit has been updated with new amazing oddities and additional kid-friendly activities while keeping the fan-favorites.

GUITAR: The Instrument That Rocked the World

Experience the science, sound, history and cultural impact of the guitar in an exhibition that contains more than 60 instruments – ranging from the rare and antique to the wildly popular and innovative – along with engaging, entertaining and educational displays specific to the guitar, including historical artifacts, models, posters, video screens, interactives and kiosks.

Empowering Women explores the work of ten female enterprises in ten countries by providing an intimate look at the compelling personal stories of these women and the exquisite traditional art works that they create. Discover how these women work together to create folk art in order to provide income for their families, preserve their cultural heritage, improve education, and influence major changes that lift up themselves and their communities.

SIN DIEGO: The Stingaree’s Transformation from Vice to Nice showcases the development, and eventual “clean up” of San Diego’s infamous redlight district. During its heyday around the turn of the 20th Century, the Stingaree boasted 71 saloons, 120 bawdy houses, opium dens, and gambling establishments.

Each of the works in the exhibition takes the format of approximately 16 inches square or smaller and depicts subjects of a personal nature – familiar  landscapes, notions of cultural heritage, familial relationships, and social community. In Chicanitas, Marin has drawn together a rich variety of works that express the complex texture of Chicano experience.

Where: MCASD Downtown – 1001 Kettner Blvd at Broadway, San Diego, CA 92101
When: Through March 3, 2014
> Find out more about Chicanitas: Small Paintings from the Cheech Marin Collection

The large-scale autographical paintings of Jarmo Mäkilä reflect personal childhood memories and the mythology of his native Finland. Ritualistic scenes of boys playing cruel games are a favorite subject.

The Banjo: A New Day for an Old Instrument

How did the banjo emerge from the plains of West Africa to plantations in the American South? How did it survive the disturbing years of minstrelsy and eventually thrive under the bright lights of country, folk and bluegrass? And finally how did the instrument break from its traditional roots to influence nearly every genre of American popular music, from jazz to rock, from funk to punk?

Take a tour of San Diego County’s thriving marine scene, and see it through the eyes of an artist! The artists of the Plein Air Painters Association of San Diego (PAPASAN) exhibit 35 impressionistic, contemporary paintings which document the rich beauty of San Diego’s maritime subjects.

Know of any other great exhibition(s) opening soon at a museum in San Diego? Let us and others know in the comments below.