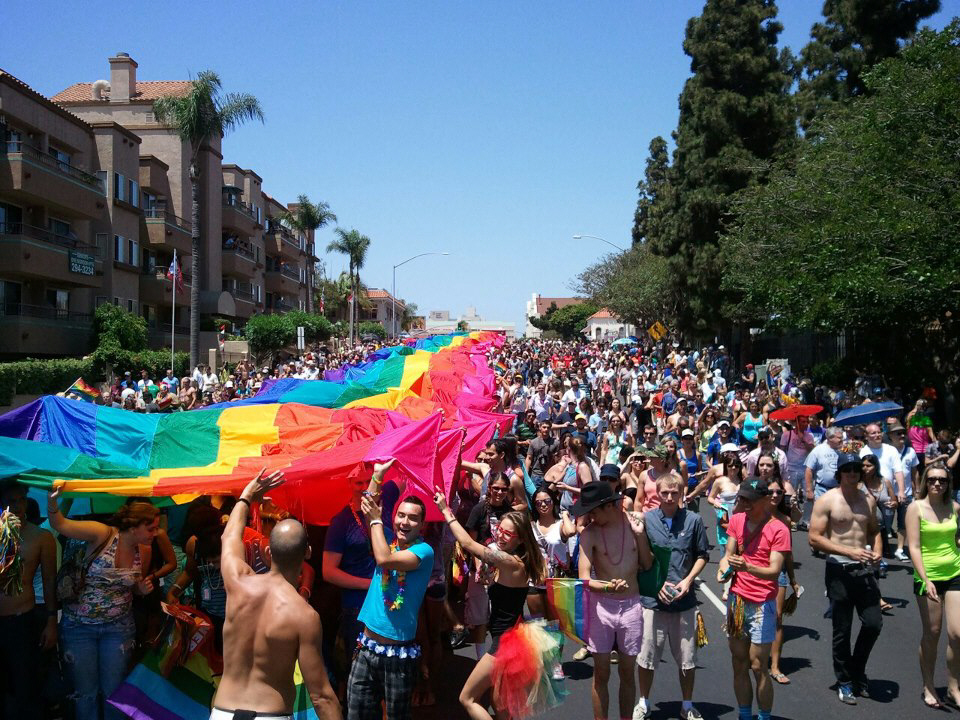 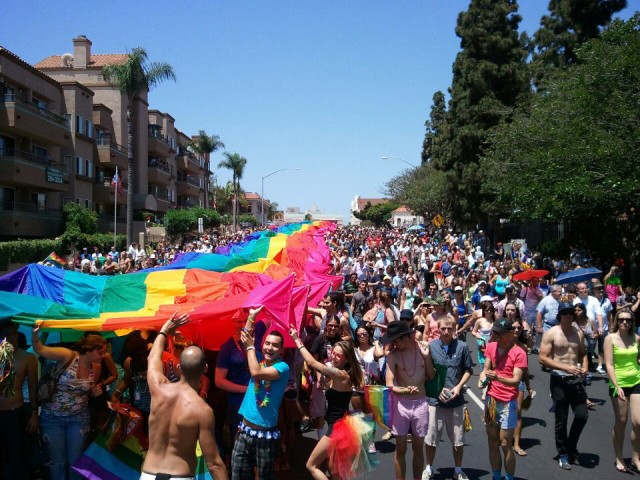 San Diego LGBT Pride celebrates its 40th anniversary this summer with a jam-packed schedule of activities and entertainment geared for all ages. The three-day weekend attracts nearly 300,000 participants that include visitors from all over the world, as the spirit of celebration descends upon the areas of Hillcrest and Balboa Park. Among its many sponsors, Alaska Airlines is offering 10 percent discounts on flights to San Diego between July 16 and 22 from most major cities.

San Diego Pride weekend kicks off with an energizing, outdoor rally that pays homage to the flash point of the modern-day LGBT movement, when patrons of New York City’s Stonewall Inn protested against police harassment on June 28, 1969. This year’s San Diego Pride rally sets the stage for a host of political speakers and LGBT activists that include transgender actress Laverne Cox of the Netflix original series Orange is the New Black. She will be joined by California Assembly Speaker Toni Atkins, San Diego City Council President Todd Gloria and veteran activist Nicole Murray-Ramirez. The free event also spotlights San Diego Pride’s annual award recipients, honored for their contributions to the community.

Where: Pride Flag at University Avenue and Normal Street in Hillcrest
When: July 18, 2014
Time: 6:00 to 7:00 PM
Cost: Free
> Find out more about The Spirit of Stonewall Rally

Food, drinks, dancing and celebrity performances by Taryn Manning and acclaimed DJs are on tap for Pride’s third annual block party, an event for those 21 years of age and over. The festivities don’t exclude go-go dancers and VIP private cabanas.

The mile-long parade is San Diego’s largest civic event, attracting thousands of cheering sideliners and upwards of 150 colorful floats and contingents that will include members of the Armed Forces, politicians, civic organizations and an array of gay-owned and gay-friendly businesses unique to San Diego. The wildly colorful procession heads west on University Avenue and then turns south on Sixth Avenue, ending near the entrance of Pride’s two-day festival in Balboa Park. Seize your perch early because the crowds start gathering around 9:30 AM.

If you’re staying in centrally located hotels such as the Inn at the Park, Ann Callahan’s Hillcrest House Bed & Breakfast, the Sommerset Suites Hotel or Balboa Park Inn, the parade site is in easy walking distance. If driving, free parking lots and shuttle service to the area are available at the Old Naval Hospital (Park Boulevard and President’s Way) and San Diego City College (1313 Park Blvd.)

Other festival highlights include: “My Big Gay Wedding Expo” presented by leading wedding-industry experts; a youth zone; a children’s garden; a “bear country” saloon; a wine grotto and more.