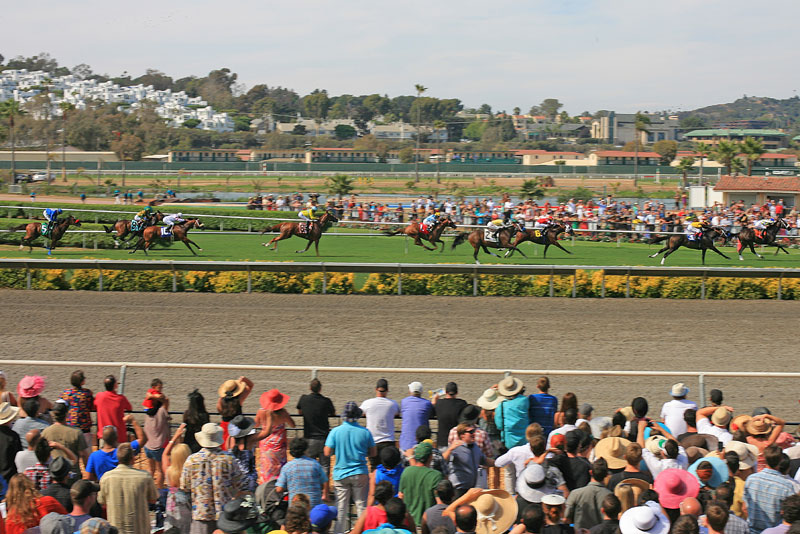 From movies by the pool to spectacular opening day at the Del Mar Racetrack hats to amazing sandcastles to a parade full of pride, there is a ton of family fun to be had this weekend in San Diego with all of these top things to do.

Relax and cool off after a warm day exploring San Diego by hanging out in a pool and catching a classic movie on a big screen:

And they’re off! Hundreds of fashion-minded guests participate in Del Mar’s illustrious “One and Only Truly Fabulous Hats Contest.” A parade of eye-popping creations, this celebration is an annual tradition that gets the nod from spectators and fashionistas alike.

San Diego Pride continues to bring together the skills, talents and vision of a diverse community to produce the annual LGBT Pride Celebration which attracts 250,000 participants to Hillcrest for America’s Finest Pride Parade and Festival.

This 3-day event features over 40 art and floral vignettes which will stimulate your senses and delight your creativity. Each year floral designers choose from an array of original artworks to interpret in flowers. Then the artwork together with the floral creation are displayed in captivating vignettes accompanied by live music in the patio.

This weekend event celebrates the anniversary of Mission San Diego de Alcalá, the Mother of California’s 21 Missions, which was founded by Blessed Father Junipero Serra on July 16, 1769. The celebration includes food, entertainment, dancing and traditional activities like the Blessing of the Bells and the Blessing of the Animals. All five Mission bells are rung during the weekend festivities, including an original bell dating back to 1802.