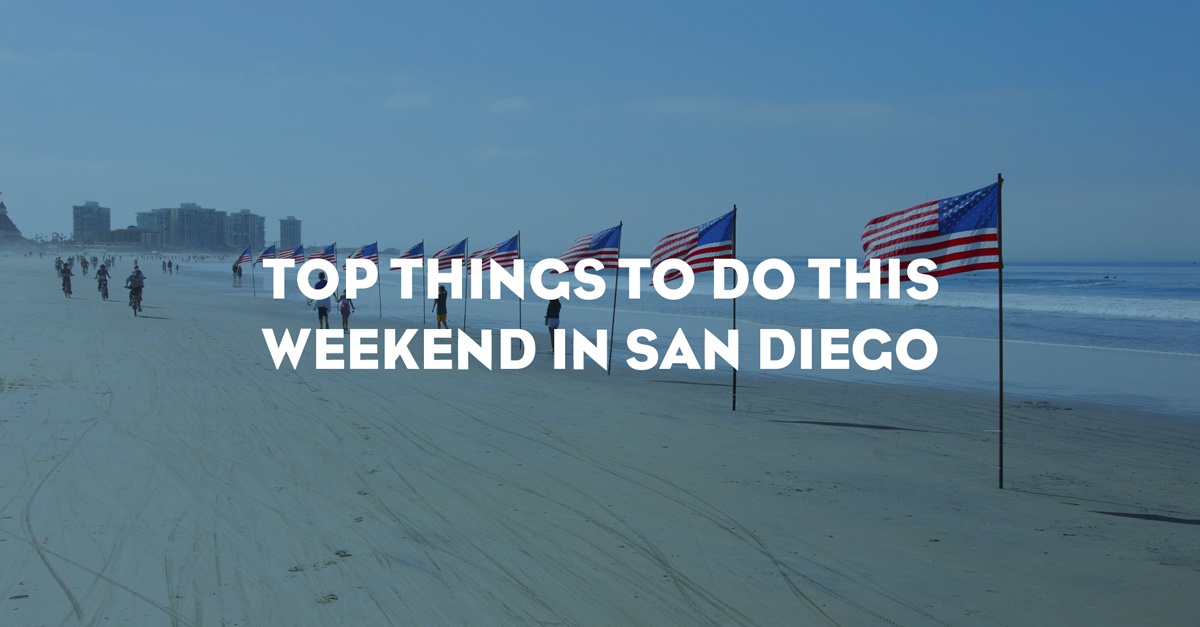 With a forecast of temperatures in the mid-80s, why not spend the weekend in San Diego enjoying the beaches and these top things to do.

Commemorate the 13th anniversary of September 11th in San Diego at the following events:

SDMT is back for it’s 7th year with two days of panels, mentoring sessions, networking, 150+ local, regional and national bands performing at venues around San Diego, Pop up shops and live performances. A special Thursday session has been added for college students.

Bayfair is famous for its family festival atmosphere, interactive exhibits, vendors and specialty foods, nightly live entertainment and Saturday night fireworks extravaganza, there’s something for everyone in the family. San Diego Bayfair attracts more powerboat racing classes than any other site in the world, and is known as the hallmark event in the nation.

On Saturday, September 13, Ripley’s Believe It or Not! will set sail with a one-of-a-kind Ferrari boat at the San Diego Bayfair. This will be the boat’s first U.S. voyage.

Weighing 2,000 pounds, the Ripley’s Ferrari is a hand-carved, life-size replica of a Ferrari F50 that took five months to make by an Italian craftsman. It’s currently part of the Ripley’s Believe It or Not! special exhibition at the San Diego Air & Space Museum. Museum staffers have put in countless hours over the past few months in order to make the car seaworthy (we hope!).

Paintings, hand crafted jewelry, photography, ceramics and other mediums will be featured. Artists have been selected for their ability to express the vast and varied world of art in their particular art form. This exciting venue will include art activities to delight both children and adults. Other highlights include: Participation by the Coronado Ferry Landing’s Galleries and Artists, Coronado Art Association’s Artists in Spreckels Park, and musical entertainment throughout both days.

With tasting tents stretching across the Embarcadero Park North on San Diego Bay, taste a variety of local and international Latin wine, spirits and food from over 200 chefs, restaurants, wineries and distillers. Watch acclaimed chefs conduct cooking demos. And don’t miss the Best of the Fest competition – our showcase of local culinary excellence.

Kids are surely going to be tuckered out after a day of playing in the expanded Children’s Area that will now include bungee jumping, inflatables and more. meander through the Art in the Park to see creativity from the areas most talented artists or cool off and take a dip with the new addition of water sports; kayaking, paddle boarding and jet skiing. After 6:00 PM, the party continues with dancing, live music and dj’s In The Park After Dark.