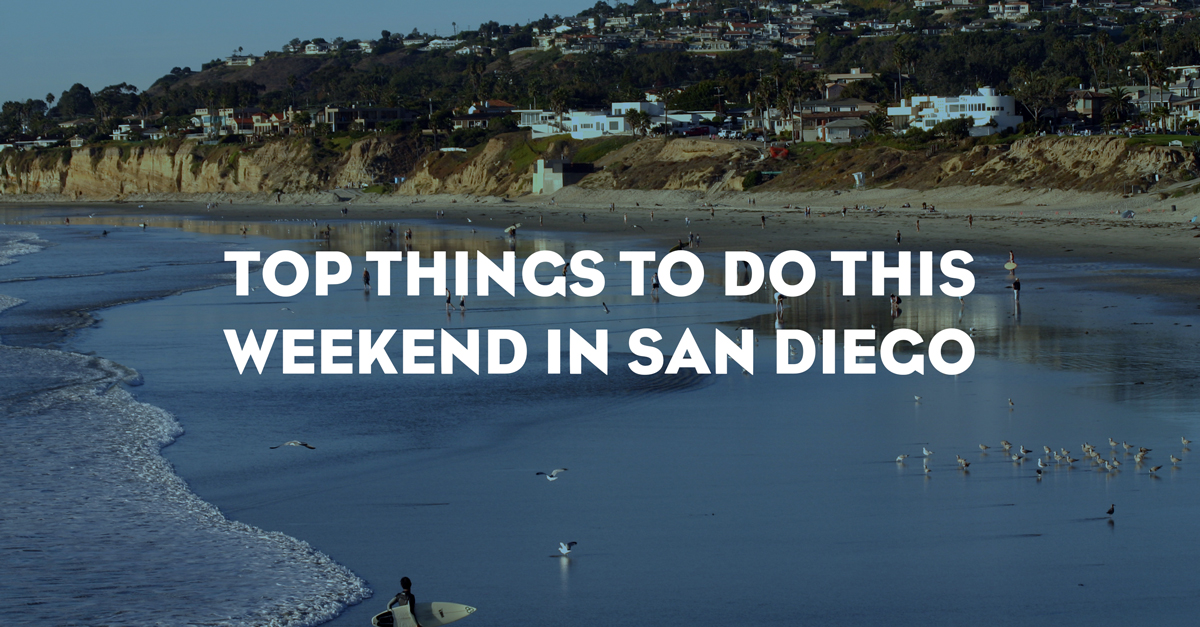 This weekend is going to be hot…and I am not just talking about the weather! Jet on down to San Diego for everything from classic cars burning rubber on Coronado to an actual Sriracha Sauce festival to more top things to do:

Celebrate the 20th Anniversary with the biggest and best festival yet! Inside will be food items and munchies for sale in addition to a selection of fine wines for purchase by the glass. Each ticket includes admission into the event, 10 (4 oz) beer tastes and the first 1,500 guests receive a free souvenir event logo tasting mug. Did you know the Festival is a cancer-fighting fundraiser? Yep, it is! And it’s raised over $550,000 to date!

The Carlsbad Music Festival is an annual festival of “adventurous music by the beach” that features over 50 performances in 3 days in the seaside Village of Carlsbad. The Festival will include ticketed Mainstage Concerts all 3 days, a free Village Walk on Saturday, and free Concerts in the Park in Magee Park on Sunday.

A free event that showcases the cultures and customs of Melanesia, Micronesia and Polynesia with continuous entertainment throughout the weekend. Held at Mission Bay’s Ski Beach, the event also features food, music and specialty crafts unique to each culture.

Coronado Speed Festival features fast-paced, thrilling auto racing and exhibitions for car enthusiasts of all ages at one of the most distinctive race track locations – Naval Air Station North Island, the birthplace of Naval Aviation. Nowhere else can you see a variety of cars racing on a live runway used by the U.S. Navy.

Remember that you are entering an active military base. As such, certain restrictions apply.

The first annual Imperial Avenue Street Festival is a multicultural street scene that will celebrate the rich history, arts and culture of the Greater Logan Heights community. The festival will also feature artists across genres – dance, music, and visual arts, whose work contributes to the contemporary and popular dialogue amongst San Diego’s Afro-Latino community.

For the 45th year, Julian celebrates the end of summer with music. This year will offer a variety of music everyone will enjoy. Bluegrass to celebrate the roots of our festival, Western ballads to remember the past and current songwriter/singers we listen to on our MP3 players.

This chef-driven, all-inclusive, 21+ event from The Sriracha Cookbook and Food GPS spotlights the world’s most iconic hot sauce at a unique, historical venue. Multiple stations allow guests to enjoy a variety of Sriracha-themed dishes, including desserts, at their own pace. Local craft beer, cocktails, sodas, iced coffee and iced tea help tame the heat while a live DJ set helps create a fun and unforgettable food and drink experience.

The 19th Annual Encinitas Chamber of Commerce Oktoberfest will feature The Bluebirds a German-American Band, Bavarian dancers and a street craft faire featuring over 200 vendors, including artisans with unusual arts and craft items. The family food and refreshment tent will be serving authentic German food and beers from national & local breweries.

Leave the cooking to someone else and join over 140,000 diners in the celebration of Restaurant Week and indulge in discounted prix fixe menus including two-course lunches priced at $10, $15, and $20 and three-course dinners are $25, $35, or $45. No tickets necessary for this event, just make reservations for any of the participating locations, show up, choose from their prix-fixe menu and let your taste buds enjoy!