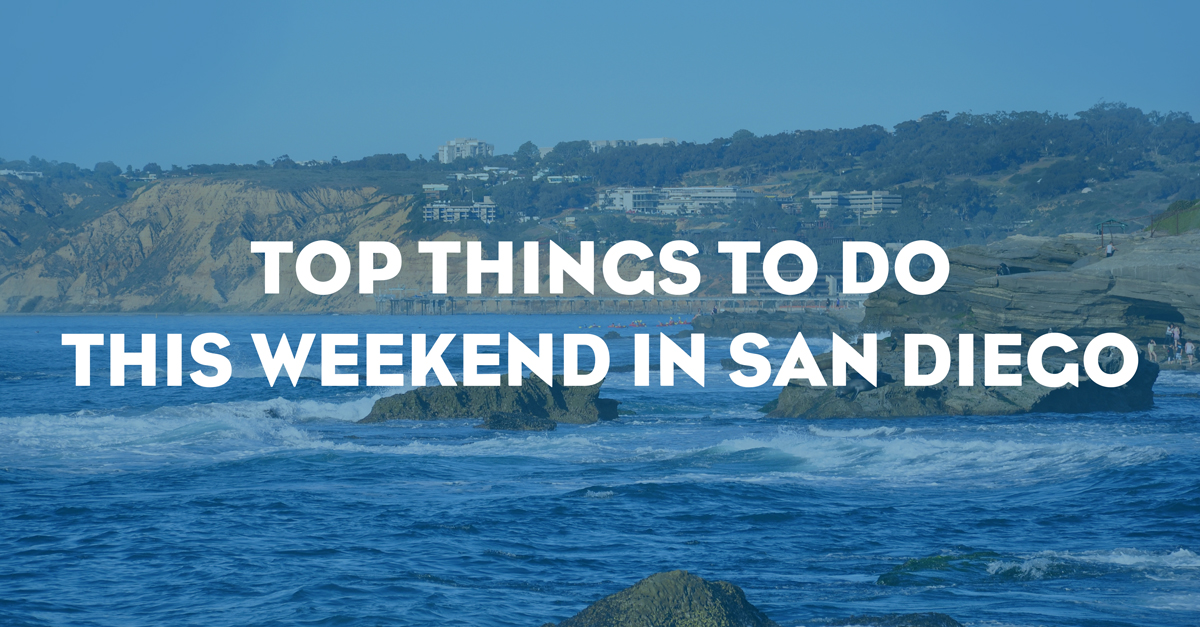 Happiness is Calling you to San Diego this weekend with warm weather, blue skies, good feelings, relaxation and these top things to do:

The days are starting to cool down and it’s finally feeling a bit like fall in San Diego. Check out all the fun you can have:

Most of us think of Italy as rich…that’s because creativity is its essence. Italians have learned over the millennia how to make life itself beautiful even in scarcity…demonstrated in every frame of our films. Art, passion, music, love, justice, immigration, work, family – all today’s important topics…with an Italian perspective – you won’t want to miss any of it. Join the movies, join the stories, and get an insider’s view of it all.

Science on the Rocks – The Science of Spirits: Craft Cocktails

The Reuben H. Fleet Science Center is stirring up the fun at their next party, The Science of Spirits: Craft Cocktails. They’ll tantalize you with sips and stories from San Diego’s best bartenders and reveal the chemistry behind your favorite whistle-wetters. You’ll enjoy sweet and savory food and drink samples, intriguing activities and fascinating chats with experts.

Visit Andy Warhol’s Factory during this 60s, Pop-art themed party inspired by Warhol and the exhibition Gauguin to Warhol: 20th Century Icons from the Albright-Knox Art Gallery. Come dressed in Go-go Boots and your Mod-best, and complete your look in the Lichtenstein-inspired, Pop-art makeup station. Sip on a Campbell’s Soup Bloody Mary and have your picture taken in an Andy Warhol-themed photo booth. Don’t forget to see his 100 Cans and works by van Gogh, Kandinsky, Dalí, Pollock, de Kooning, Rothko and 40+ more Modern masters inside the exhibition. Create your own pop-art-in-your pocket project to take home, and dance the night away with DJ Scott Roberts and his Go-go dance troupe.

A jam-packed day of family fun to salute San Diego’s military. Bring your family, friends, employees, or customers for a day of live entertainment, moonbounces, carnival booths, airbrush tattoos and more. The first five hundred (500) military and their dependents (with military ID) receive food, musical entertainment, games and USS Midway pass. Up to 200 additional military paid tickets will be available at $15 each.

Enjoy a day of food and wine on The Del’s beachfront Windsor Lawn. Chefs will be preparing delicious, fresh seafood dishes at interactive stations throughout the event including Lil’ Del BBQ, smoked oysters, a raw bar with sashimi and a clam bake station. Craft beer, wines and spirit tastings are available with a portion of the proceeds going to Alex’s Lemonade Stand Foundation to benefit childhood cancer research. While you’re savoring amazing seafood, also feed your soul with the sounds of The Whitney Shay/Robin Henkel Extravaganza featuring a blend of blues from the 1920s to 1960s.

Bow Wow Brunch is just like the weekly Sunday Champagne Brunch Cruise, except for one special day only, we welcome you, your family and your “fur child” aboard. You will enjoy the same delicious and bountiful buffet that you are accustomed to with unlimited champagne and desserts, but Fido gets a pet buffet to choose from along with a dog relief area set up on the sun deck of the yacht! Portion of the proceeds for the Bow Wow Brunch on the Bay will go directly to helping Helen Woodward Animal Center.