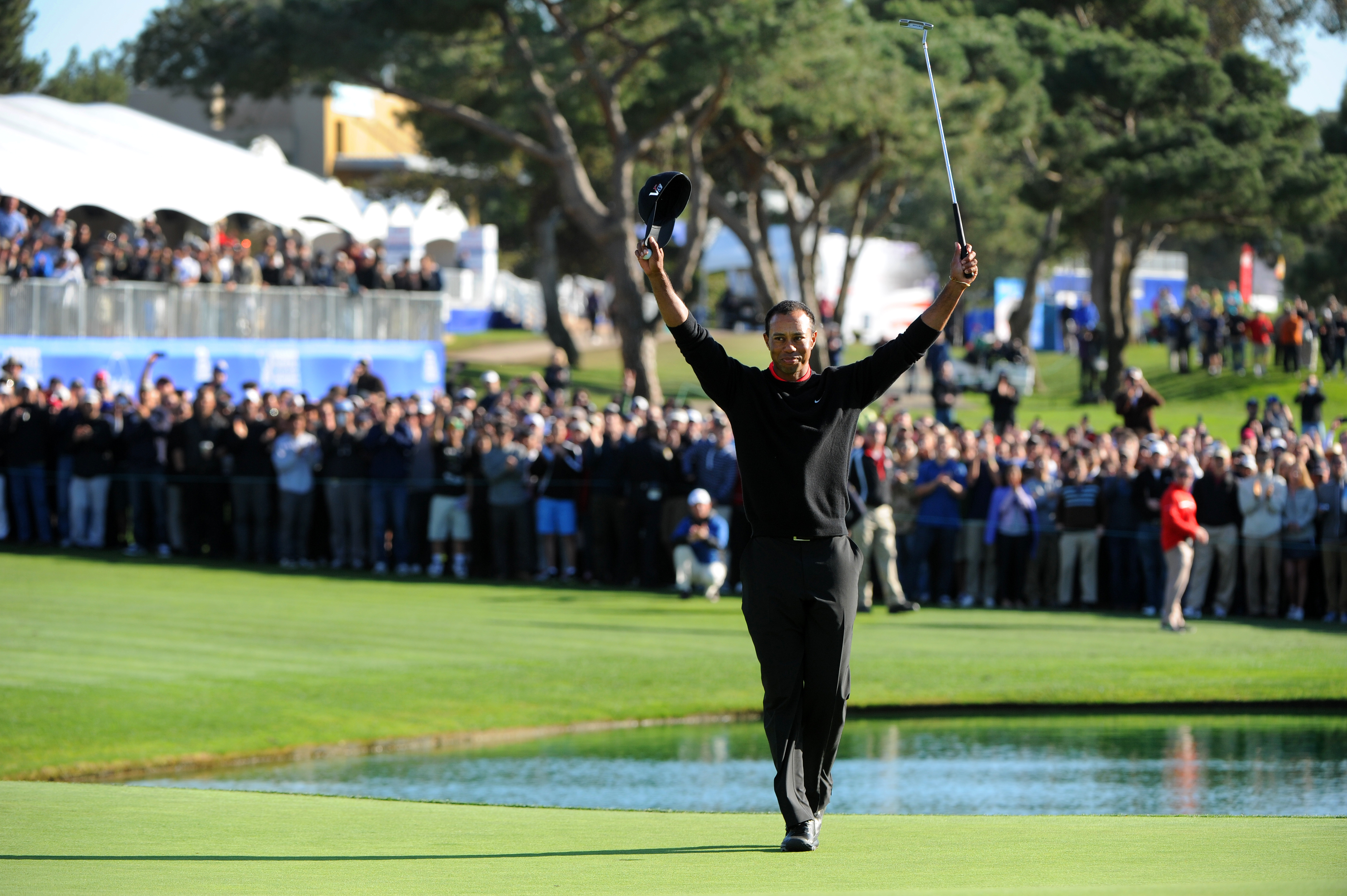 The PGA Tour’s annual spotlight on San Diego will shine again on February 5-8, 2015, at the Farmers Insurance Open at scenic Torrey Pines.

Held in San Diego and at Torrey since 1952, the PGA’s annual stop is part of the Tour’s West Coast swing. The tournament falls between the Waste Management Phoenix Open in Scottsdale and the AT &T Pebble Beach National Pro-Am in Pebble Beach.

Highlights of the Torrey Tourney

Warm weather, a world-class course and the regular presence of such Tour stars as Phil Mickelson and Tiger Woods. Woods is a seven-time winner of the event besides being the winner of the iconic 2008 U.S. Open at Torrey Pines.

Whether it’s to golf star gaze or spy a glimpse of a migrating whale, there are many great reasons to “See You at Torrey,” as the ad slogan says.

The tournament utilizes all of Torrey’s 36 holes. Play the first two days is held on both the North and South courses and moves exclusively to the South for the weekend.

Last year’s champion, Scott Stallings, emerged from a crowded field of Sunday challengers to capture the crown by one shot. Defending champion Woods missed the secondary cut, the precursor of a year he’d miss much of recovering from back surgery. Local favorite Mickelson ended up withdrawing for the weekend from the 2014 tournament with back pain.

Both are scheduled to return healthy for the 2015 event.

Tournament week begins with practice rounds starting February 2 that are free and open to the public.

Wednesday is Preview Day for the tournament. The Zurich pro-am will be taking place.

The tournament begins on Thursday and will introduce two new changes of note for fans:

The post-round concerts will take place inside The Fringe presented by Harrah’s Resort SoCal and will be located behind the 15th green of the South Course.

Competitors and patrons are encouraged to sport the colors of their college on Saturday.

Shortly after the conclusion of the tournament, a long-awaited renovation of the North Course will begin. The course will be closed during its construction phase.

The improvements are a part of Torrey’s preparations to host the U.S. Open again in 2021.

Pros Rickie Fowler and Charley Hoffman are also again scheduled to conduct a free youth that is part of the tournament’s charitable mission.

Since its inception, The Century Club of San Diego has generated more than $28 million for the San Diego community, with $2.8 million raised in 2014 alone.

As the host organization of the Farmers Insurance Open, The Century Club of San Diego is able to provide partnership fundraising programs and experiences for charities, local military families, community organizations and schools.