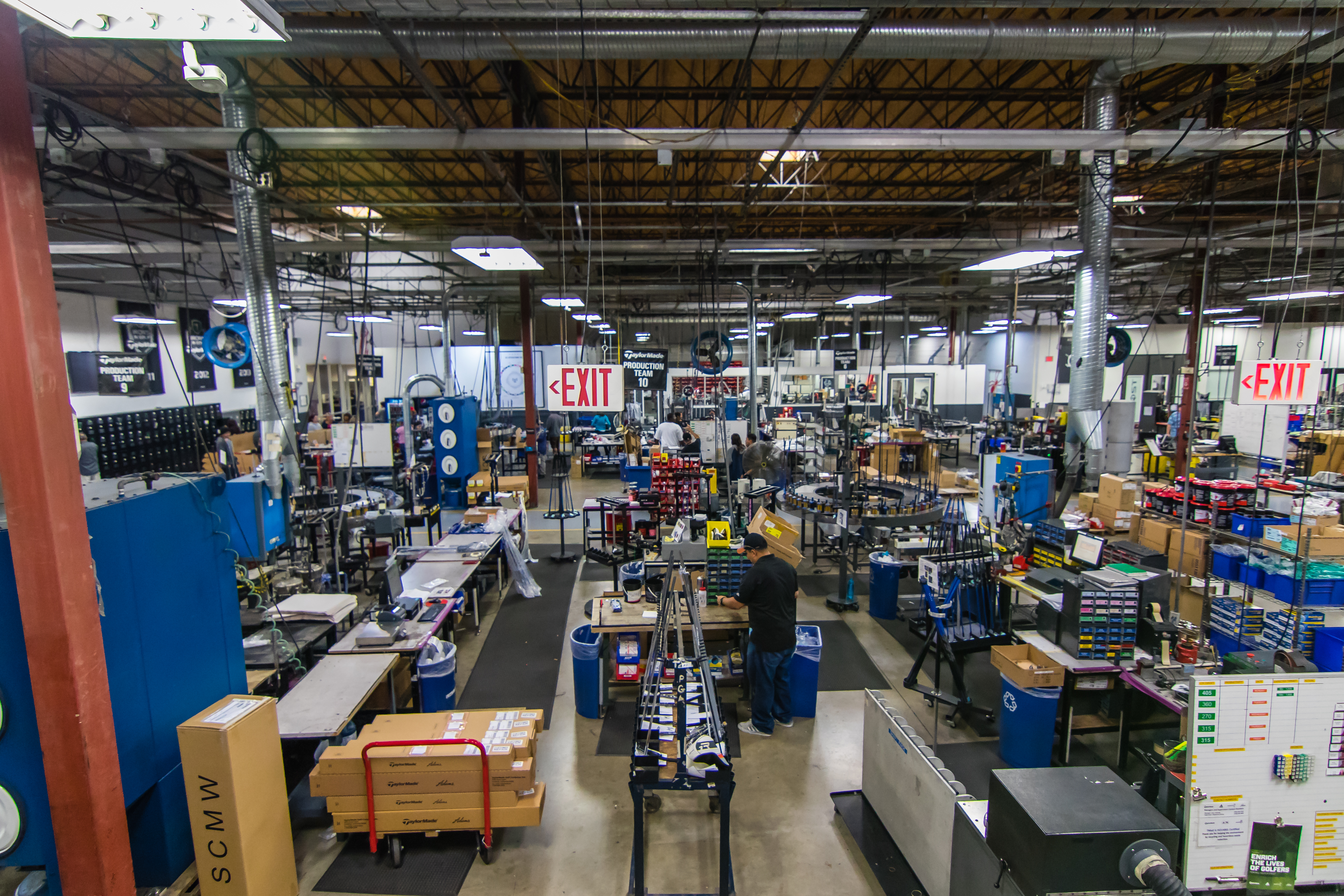 As the home of the headquarters of TaylorMade Golf, Callaway and Cobra, Carlsbad, in San Diego’s North County Coastal region, is akin to the Silicon Valley of the golf equipment industry.

The game-changing birth of the metal wood occurred in Carlsbad and those companies been leading the technology boom that has revolutionized the game ever since.

Carlsbad presents a rare opportunity to visit all three of these influential brands at once. They are all headquartered within a few miles of each other.

TaylorMade, however, is the only one still offering regularly scheduled public tours. They take place every Thursday at 10:00 AM. Cobra books private tours by appointment, while Callaway only books club fittings.

The following is a look at highlights and tips for taking the TaylorMade Tour, followed by information for booking appointments at Callaway and Cobra.

Please Note: TaylorMade is suspending tours for the rest of 2017 and is unsure as to when tours will restart.

As most any golfer knows, TaylorMade is the world’s leading equipment manufacturer. Their campus encompasses two buildings – only one of which you see on the tour – and the driving range, the hallowed Kingdom, a domain for the pros and other elite players.

The TaylorMade tour offers some insight into the company’s latest club technology – the new R15 driver is under glass in the lobby with the club head dissected– as well a peek at the manufacturing process and an overview of golf’s technology revolution.

A rotating team of TaylorMade volunteers hosts the roughly 45-minute tour every Thursday, so your experience may differ depending on their experience. For instance, our host was an engineer named Matt, so we got a more technology-based tour.

Regardless of the host, be prepared to provide your ID and sign an electronic confidentiality agreement while you’re waiting. Note: No photos or phones on the tour.

While you’re waiting for the tour to begin, you can peruse the latest TaylorMade equipment, which is on display in the lobby along with the staff bags as such TaylorMade Tour players as Justin Rose, Jason Day and Sergio Garcia.

The tour begins with a bit of history about not only TaylorMade but its parent company, Adidas, a high-performance sports apparel manufacturer. For golf, the most pertinent history is the story of Gary Adams bringing TaylorMade to Carlsbad to pursue his dream of launching a medal wood to supplant the wooden clubs of the past.

That history is displayed under glass in the next story of the tour – the Wall of History. There, 12 clubs are exhibited that capture the evolution of the metal era. There’s everything from TaylorMade’s first driver, the head of which is about the size of a modern-day rescue club, to the latest, the state-of-the-art R15.

In between, you witness club head sizes growing, metal materials changing and then club adjustability coming into the picture. Even for those who know their club history, there’s likely something to learn and appreciate here.

The next stop is the manufacturing floor, where 10,000 clubs are assembled each day. You see everything in production from putters to drivers and learn what a golf assembly line looks like. The manufacturing floor shares space with the massive warehouse where thousands of equipment orders are being processed and shipped daily.

The tour concludes with a look at one of the most exclusive parts of TaylorMade – The Kingdom. Golfers are usually only granted access here with permission of a club pro and to be professionally fitted.

Otherwise, this is where TaylorMade’s professionals come to get their equipment updated in a state-of-the-art environment and to practice on the driving range.

The Kingdom has a country-club feel all its own, complete with a posh lounge just inside the entrance. Worth perusing: the guestbook at the front desk. Inside, you’ll find photographs and signatures from touring pros and celebrities who’ve visited The Kingdom. It’s a veritable Who’s Who.

Who was Adidas’ first sponsored athlete (hint: think track)? Where does TaylorMade gets its name from? Why did Gary Adams chose to relocate his company to San Diego? What does the R stand for on TaylorMade’s drivers?

If some of those questions pique your interest, the TaylorMade tour has answers for you.

If your visit coincides with one of the professional tour events in San Diego, you might end up keeping company with a tour pro. To register for the Thursday tour at TaylorMade, call 760.918.6000.

Cobra Puma, the company represented by the stylish Rickie Fowler, has designated times of the month when tours are available, but they are by appointment only.

Cobra has more modest facilities than TaylorMade, but there are still things to be seen, including the hitting bay and swing simulator the pros use at Cobra. There’s also a warehouse and merchandise area where the colorful array of the Cobra Puma product line is displayed.

The tour can take 30 minutes to an hour depending on what guests want to see. Working in a club fitting can add another hour or two.

Getting Fitted At Callaway

> Learn more about scheduling a custom fitting at Callaway