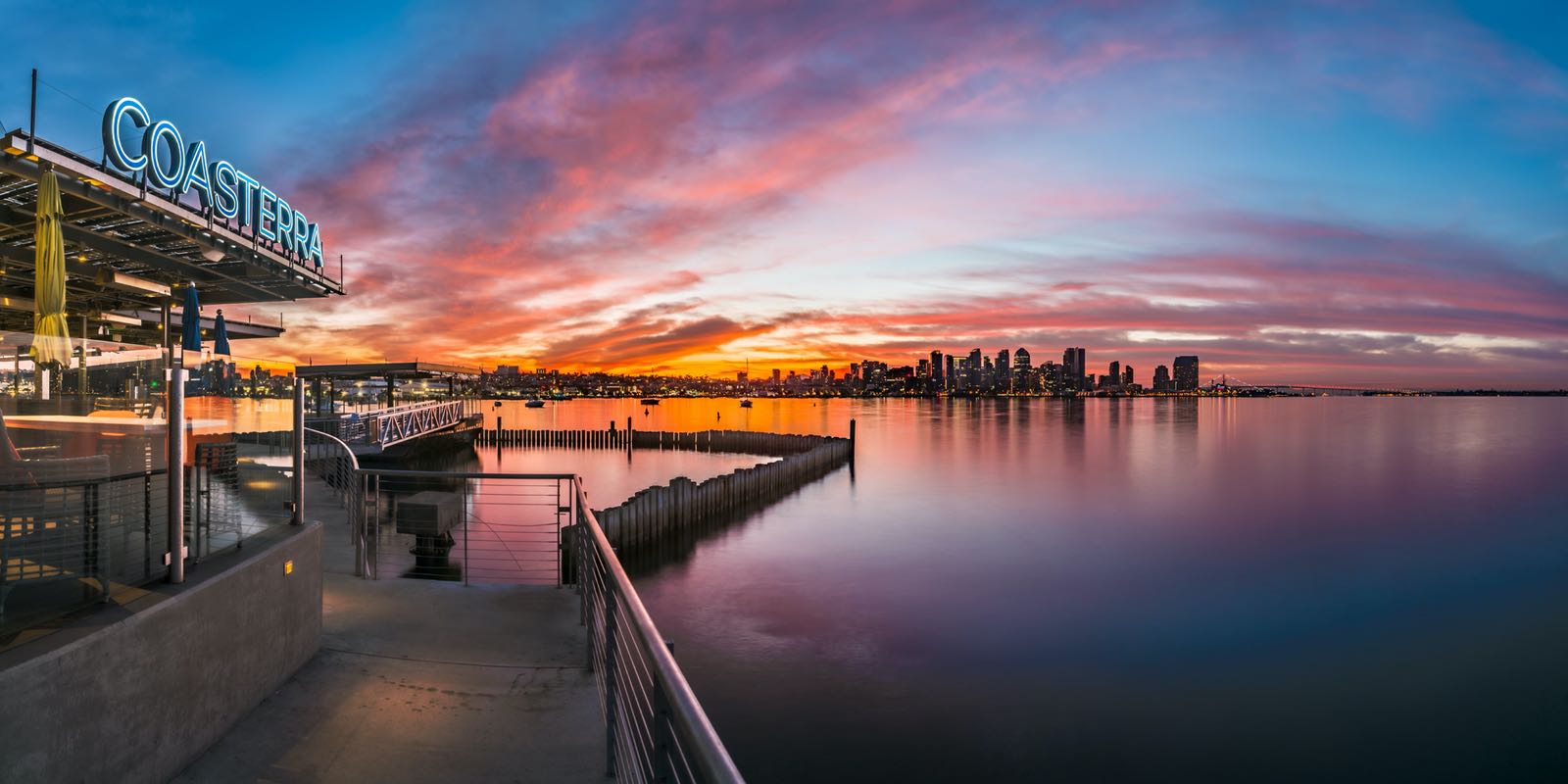 With more than 70 miles of coastline in San Diego, finding a restaurant with a spectacular waterfront view is hardly a challenge. This is especially true around San Diego Bay, where breathtaking views can be found at local eateries serving everything from casual fish sandwiches to farm-to-table French fare. But for the ultimate in waterfront dining, arriving by car simply won’t do. That’s why many restaurants around San Diego Bay offer “Dock and Dine.” No need for a car, just dock your boat directly behind one of these restaurants for a uniquely San Diego dining experience:

Known equally for steaks and seafood, Island Prime and the adjoining C Level Lounge along the water’s edge of Harbor Island offer panoramic views of the downtown skyline. Island Prime provides an elegant and upscale dining experience, while C Level Lounge has a casual, laid-back atmosphere.

The neighboring Coasterra features innovative and modern Mexican cuisine along with creative cocktails and equally impressive views of the downtown skyline and San Diego Bay.

Dock at the Portside Pier along downtown’s Embarcadero and choose between four venues. Enjoy delicious surf and turf entrees at the Brigantine Seafood and Oyster Bar and authentic Mexican flavors at Miquel’s Cocina. Kick back with tasty pub fare and local craft beers at the casual Ketch Grill & Taps and savor an espresso and creamy gelato at Portside Coffee and Gelato.

Can’t get everyone onboard to pick a place to eat? Sail on over to Coronado Ferry Landing for everything from burgers to barbecue to gyros. Savor dishes inspired by the sea along with a spectacular view of Downtown San Diego at Peohe’s. Enjoy casually elegant Italian trattoria-style specialties and spectacular views at neighboring Il Fornaio.

After you dock, make sure to request a patio seat and enjoy views of the marina while you dine on the catch of the day. Even inside you will be treated to amazing harbor views from either a table or the 360º center bar.

When opened in 1953, the landmark Bali Hai Restaurant on Shelter Island was a paragon of mid-century American tiki culture where the exotic atmosphere drew a swinging crowd. The tiki flare remains, as do the amazing harbor views and a mai tai that will really knock the wind out of your sails.

Treat yourself to adventurous Pacific Rim flavors by culinary pioneer Roy Yamaguchi at Roy’s in the Marriott Marquis San Diego Marina. Sit back on the spacious patio and take in the picturesque marina and beautiful San Diego Bay.

Feast on an extensive selection of fresh seafood complemented by unique specialty cocktails like a Shark Bite at the popular Joe’s Crab Shack, located on Embarcadero Marina Park South. During summer nights, listen to the melodies of the nearby San Diego Symphony Summer Pops concerts.