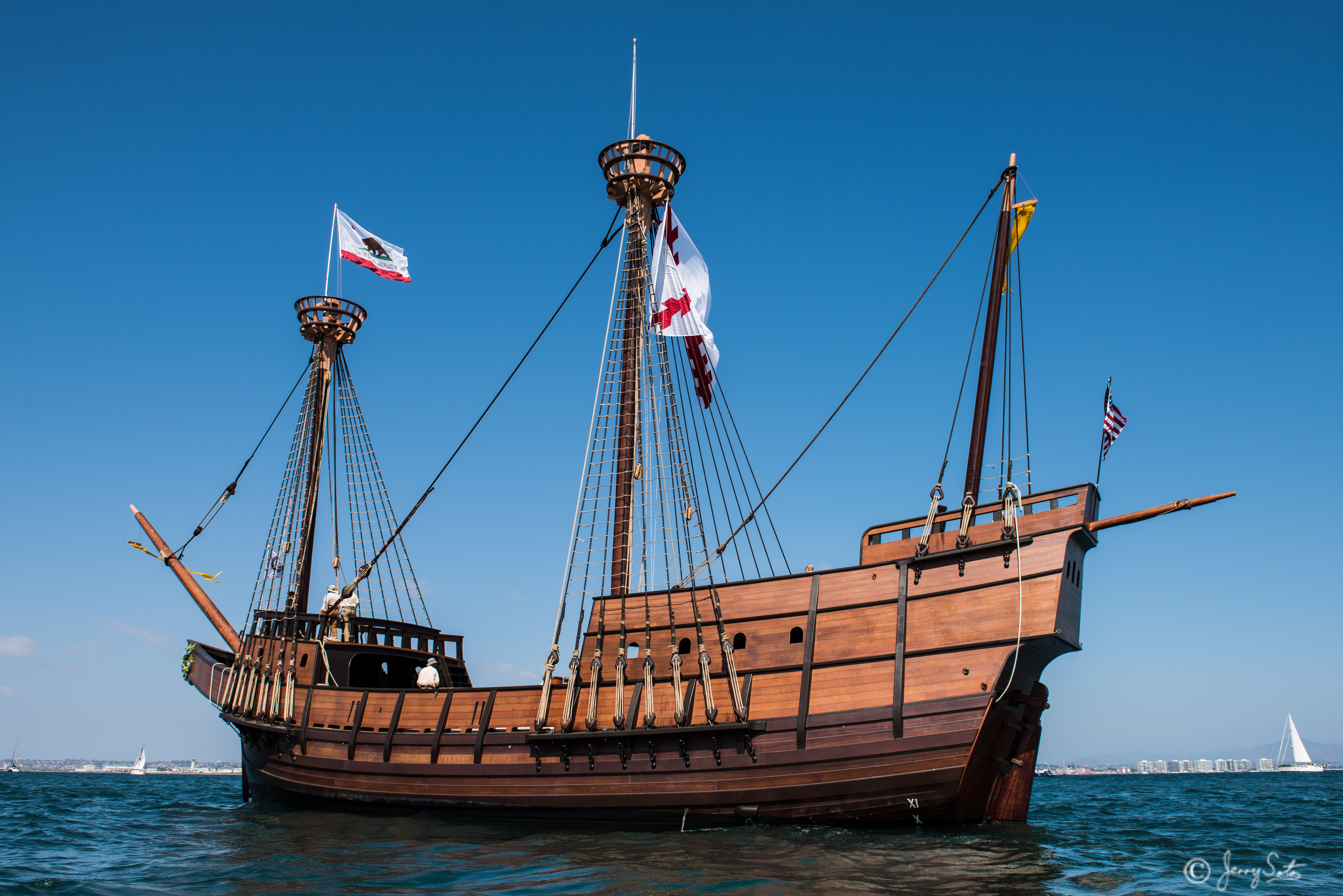 Did you know, San Diego was discovered by Europeans 473 years ago? Yep, only 50 years after Columbus and more than 200 years before the Spanish missions were started.

Spanish explorer Juan Rodríguez Cabrillo sailed his galleon ship, the San Salvador into San Diego Bay on Sept. 28, 1542 – going down in history as San Diego’s “first tourist.” He didn’t stay long, though, as there was no San Diego Zoo or LEGOLAND for the crew to explore. 😉

Today, tourists by the millions are drawn to our attractive sun-kissed shores in search of sun and fun, as well as the fascinating living history of San Diego.

Following are Top 5 places to step back in time and trace Cabrillo’s momentous discovery, and the founding of San Diego:

Last month the Maritime Museum of San Diego launched a full-size, functioning replica of the San Salvador – the Mayflower of the West – much to the delight of landlubbers like me! The $6.2 million vessel took 5 years to construct (check out this cool time-lapse video of the ship’s construction) and can be seen docked at the museum’s pier on Harbor Drive. Plan is to have it open to the public (as in actually go onboard) later this year, hopefully by the holidays {fingers crossed}.

Wonder what Cabrillo looked like or what he saw as he sailed into San Diego’s impressive natural harbor? Head to Cabrillo National Monument, San Diego’s only national park. There’s a 14-foot high statue of Cabrillo (originally envisioned as a 150-foot tall sculpture!) and incredible 360-degree, birds-eye views of the city. Also fun to explore are the Old Point Loma Lighthouse (one of eight original lighthouses on the West Coast), tide pools and bunkers from WWII.

The Junipero Serra Museum on a hill overlooking Old Town, marks the spot where Spanish friars and soldiers established a presidio and the first Mission San Diego in 1769 (the original structures are no longer visible; the ruins are buried). Downhill, Old Town State Historic Park with its adobe buildings, old timey plaza and other sites, shows what life was like at San Diego’s first “downtown” in the 1800s. This is where the Wild West meets mariachis and our Hispanic heritage.

In the aptly named Mission Valley near Old Town, is the second Mission San Diego de Alcala – which was moved here in 1774 to be closer to the San Diego River (makes sense). You can stroll through the mission and its beautiful gardens, chapel, church, a museum with original artifacts and an excavation site out back, believed to be the monastery.

Mission Trails Regional Park, one of the largest urban parks in the U.S., is just up the road from Mission San Diego. Highlights include the original Old Mission Dam, a state-of-the-art Visitor and Interpretive Center featuring exhibits dedicated to the Kumeyaay Indians who lived here 1,000 years ago and 60 miles of hiking trails including an awesome trek to the top of Cowles Mountain, the city of San Diego’s highest peak (1,593 feet).

See you in San Diego, and make your own history! 🙂