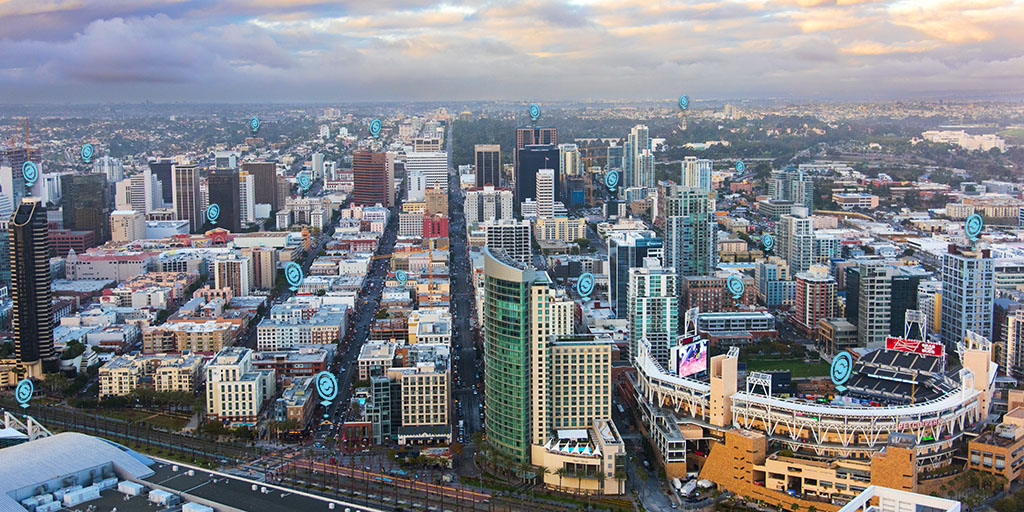 There’s never been a better time to catch them all in San Diego. Long days and warm weather invite champions to hunt for the rare Articuno, Zapdos or Moltres in Pokémon Go!

Hand’s down one of the best places play Pokémon Go! Almost every corner is a Pokestop or Gym. Be on the look out for lures at local restaurant and breweries like Mission Brewery that will offer discounts when you catch one inside.

With 17 museums, several performing arts venues, more than 15 gardens and numerous recreational attractions including the San Diego Zoo, it is no surprise that Balboa Park is swarming with Pokestops and gyms.

A lure party is regularly held at the Inez Grant Parker Memorial Rose Garden on the east side of Park Blvd. Just cross over the bridge past the Bea Evenson Fountain and start throwing Pokéballs.

> Spend a Day at the cultural core of San Diego, Balboa Park

Hatch a few eggs as you journey along San Diego’s downtown Embarcadero to the San Diego cruise terminal, the Navy Pier, Seaport Village and the Headquarters. Unique Pokestops can be found aboard the ships at the USS Midway Museum and the Maritime Museum of San Diego, where sought-after creatures have been spotted.

The optimum training location can be found at a former Naval Training Center now known as Liberty Station. The likes of Aerodactyl and Rhyhorn have been seen all around this hub for arts, shopping and dining. Pokestops and gyms are also located on Shelter Island and Cabrillo National Monument

Egg hatching can be achieved with ease while walking among the 17 museums and historical sites, quaint shops, and colorful art galleries that populate Old Town San Diego, the birthplace of California. The aroma of freshly made tortillas and the sounds of mariachi are the perfect lure for gamers eager to try San Diego’s authentic Mexican fare.

Pokémon masters can earn ninja status at LEGOLAND® California. While tracking more than 40 Pokestops, guests can learn to control fireballs, lightning, shockwaves and ice at the new LEGO® Ninjago® World featuring a Ninjago interactive ride, the first in the world to utilize cutting-edge Maestro™ technology that enables effects such as heat, smoke and wind incorporated throughout the adventure.

The eclectic neighborhoods that make up Uptown and Mid-City are a hot-spot for Pokestops. Hunters will want to travel along 30th Street, University Avenue, El Cajon Boulevard and Adams Avenue. Trainers can recharge while sipping on craft beer or relax with a pour-over coffee at the numerous breweries and coffee shops in the area. Many shops and restaurants are continually dropping Lure Models while offering Happy Hour and specials for Pokémon Go players.

This post just scratches the surface of Pokémon Go stops and gyms throughout San Diego County. Check out the map below for the most up-to-date sightings.