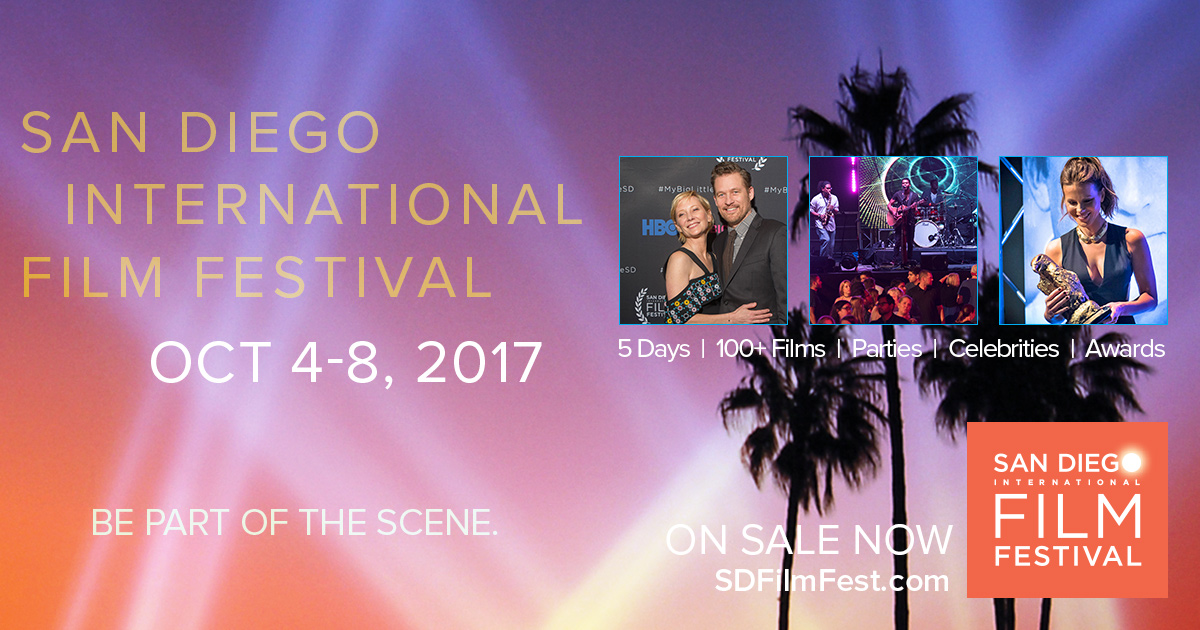 If you love film & the movies then join us for the very best in independent filmmaking at the San Diego International Film Festival. We will be screening world premieres, documentaries, shorts and not-yet released films from the studios. From star-studded tributes to intimate moments with filmmakers to the best parties on the festival circuit San Diego’s premier film festival has something for everyone – 140+ films to choose from, great parties and lots of opportunities to meet the creative filmmakers that challenge, inspire and entertain us.

Check out the Festival

The VARIETY Night of the Stars Tribute brings Hollywood to San Diego for a glamorous evening of celebrations and awards. The Gregory Peck Award of Excellence in Cinema, 2017 will be presented to Sir Patrick Stewart and the Auteur Award will be presented to Kumail Nanjiani at the Pendry San Diego. Stay tuned for our other honorees!

Mixing fun for a cause, the Friday Night Party with a Purpose in downtown San Diego is a perfect end to a full day of screenings. We kick off the night with a bang! There will be live music and art, entertainment, food trucks, complimentary beverages and games in the beer garden.

> Kick off the weekend with a bang!

We premiere some of the biggest films coming out of Hollywood and the independent film circuit. Come to the festival for a chance to see films like: Lion, Hell or High Water, Silver Linings Playbook, 12 Years a Slave and many others weeks or even months before they hit the big screen.

San Diego International Film Festival features a slate of film tracks that reflect both the unique culture of San Diego and that fulfill our mission to “Make a Difference” with film. Tracks include Social Impact, Environmental, Military, American Indian and new this year Equestrian.

Stick around after the film and listen to the filmmakers discuss the inspiration and creative process to get their film to the big screen. In addition filmmaker panels and our filmmaker awards show are exciting opportunities to meet and learn from these creative and successful artists.

Enjoy a cinematic adventure into the world of food and then partake of delicious bites from local sustainable Chef’s and restaurants.

Get Your Pass or Ticket Now!