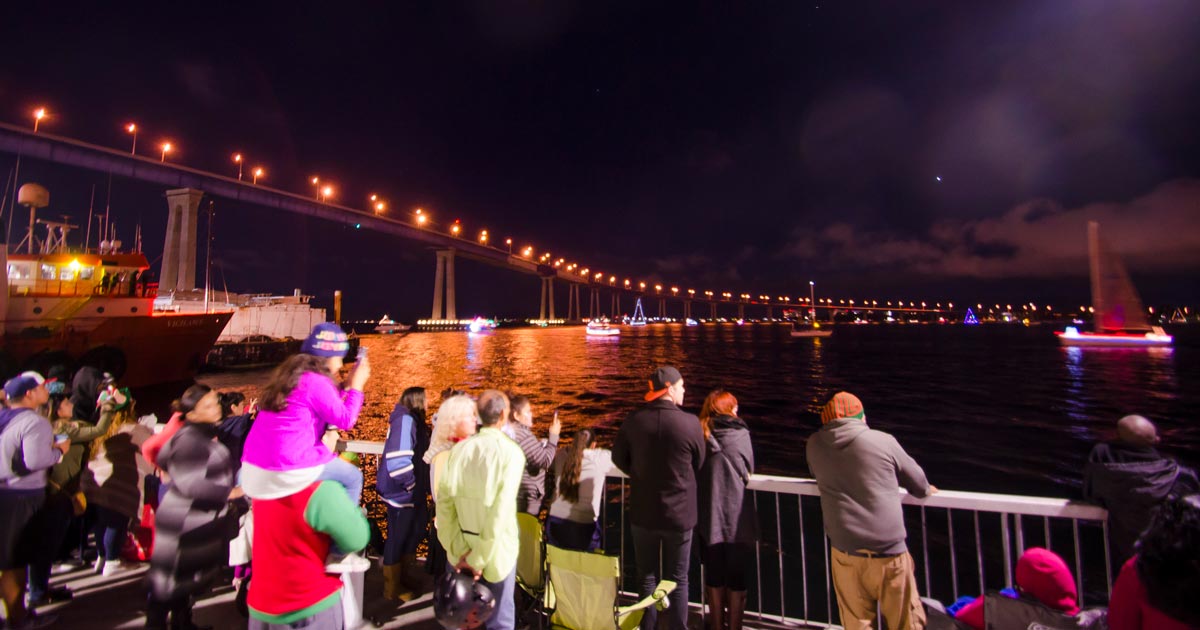 During Jungle Bells Presented by California Coast Credit Union, the San Diego Zoo is transformed into a wild wonderland of twinkling lights, merry-making performances, and festive foods. Special displays and scheduled events fill the Zoo – and guests – with holiday cheer.

Each year, more than 20,000 gray whales make a 10,000-mile round-trip journey from Alaska to the lagoons of Baja California, where the females give birth to their calves. With 70 miles of coastline directly in the migration path, San Diego is an ideal destination to see this impressive parade of gentle giants.

California Ballet’s glittering production of The Nutcracker leaps onto the stage of the San Diego Civic Theatre in America’s favorite holiday tradition.

Don’t be fooled! Though Piotr Tchaikovsky’s very first symphony carries a wintry nickname, the music has enough youthful energy, rhythm, and fire to dispel any chill that December brings to San Diego. Opening the concert, conducted by a returning Johannes Debus, is the charming, innocent prelude from Engelbert Humperdinck’s famous children’s opera, Hänsel und Gretel. Wolfgang Amadeus Mozart’s elegant, lyrical Concerto for Flute and Harp, originally written for a father and daughter who were Mozart’s patrons, features our two principals, respectively, of those instruments.

The Mission Bay Christmas Boat Parade of Lights, a distinctly California celebration, features boats decorated for the holidays that will sail around the Bay.

The San Diego Bay Parade of Lights is a time-honored holiday tradition with more than 80 boats lavishly decorated sailing by the shores for all to see.

For two special nights, we are transforming the parking lot in front of the Maritime Museum into a Winter Wonderland. The area is open to all, no museum admission is required to visit Winter Wonderland. Items can be purchased individually.