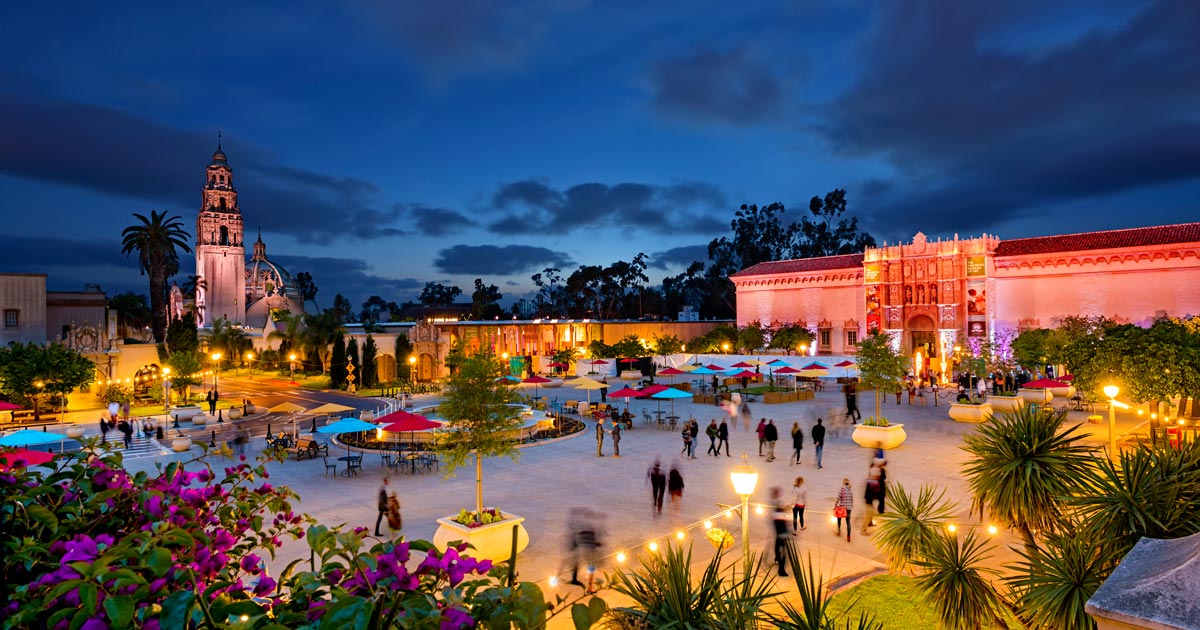 Spend the upcoming weekend in San Diego enjoying everything California’s Beach City has to offer including Macy’s Museum Month and these top things to do.

When: February 1-28, 2018
Arts, entertainment and culture collide for Macy’s Museum Month in San Diego. This February the San Diego Museum Council and Macy’s have teamed up again for Museum Month, giving patrons a chance to discover what’s new at more than 40 area museums with savings only seen once a year.

Hops on the Harbor with Thorn Street Brewing

Where: 990 N Harbor Dr, San Diego, CA 92101
When: February 2-24, 2018
Join Flagship Friday evenings aboard our Hops on the Harbor craft beer dinner cruise. Each month, chef Brian Gist collaborates with a different San Diego brewery to create an exciting gourmet menu, with food that pairs perfectly with the distinctive flavors of each brewer’s beer selections. This two-and-a-half-hour cruise features multiple food stations, picturesque bay views, and of course a full bar with rotating local brews and craft beer flights. The fun continues after dinner with music and dancing.

Where: San Diego Civic Theatre – 1100 Third Ave, San Diego, CA 92101
When: February 2-4, 2018
Embark on a wondrous journey through China’s 5,000 years of divine culture. Watch glorious legends and heavenly realms spring to life. See dazzling costumes and powerful flips fill the stage with color and energy. Let the orchestra’s exquisite melodies uplift your spirit, and the dynamic animated backdrops transport you to another world. An inspiring experience not to miss.

Where: Music Box – 1337 India Street, San Diego, CA 92101
When: February 2, 2018
Emmy and Tony Award winning actress and singer Kristin Chenoweth’s career spans film, television, voiceover and stage. In 2015, Chenoweth received a coveted star on The Hollywood Walk of Fame. In 2009, she received an Emmy Award for Best Supporting Actress in a Comedy Series for her role in “Pushing Daisies.” In 1999, she won a Tony Award for “You’re A Good Man, Charlie Brown” and she was also nominated for her original role of Glinda the Good Witch in “Wicked” in 2004. Chenoweth has been nominated for two Emmy Awards and for a People’s Choice Award for her role on “Glee.” In 2009, she wrote an upliftingly candid, comedic chronicle of her life so far, “A Little Bit Wicked,” which debuted on the New York Times Hardcover Non-Fiction Best Seller List.

Where: House of Pacific Relations International Cottages – 2191 W Pan American Rd, San Diego, CA 92101
When: February 3-4, 2018
House of China located in the International Cottages, Balboa Park is hosting it’s special Chinese New Year Festival. Come see Chinese Culture and performances at the festival. This is a family friendly event and it is free to the public. There will be Chinese craft vendors along with Ethnic Specialty foods.

Where: Petco Park – 100 Park Boulevard, San Diego, CA 92101
When: February 3, 2018
Monster Jam® is one of the world’s largest and most famous monster truck tour featuring some of the biggest names in monster trucks.

Where: Stone Brewing World Bistro and Gardens – Liberty Station – 2816 Historic Decatur Rd, San Diego, CA 92106
When: February 4, 2018
We sent our Global Beer Curator Padraic ‘Paddy’ Lenehan into the depths of our archive to pull out some of the oldest, rarest and last kegs to KICKOFF (get it?) a day of epic verticals. We have paired 5 fantastic dishes by Executive Chef Tausha Lopez with 15 tasters of Stone’s favorites. Not to mention a complimentary can growler to take home and share at your big game party!

Where: Fleet Science Center – 1875 El Prado Balboa Park, San Diego, CA 92101
When: Thru March 31, 2018
Narrated by Academy Award® winner Jeff Bridges, Dream Big: Engineering Our World will transform how you think about engineering. From the Great Wall of China and the world’s tallest buildings to underwater robots and solar cars, Dream Big celebrates the human ingenuity behind engineering marvels big and small, and shows how engineers push the limits of innovation in unexpected and amazing ways. With its inspiring stories of human grit and aspiration and extraordinary visuals for the world’s largest screens, Dream Big reveals the compassion and creativity that drive engineers to create better lives for people and a more sustainable future for us all.