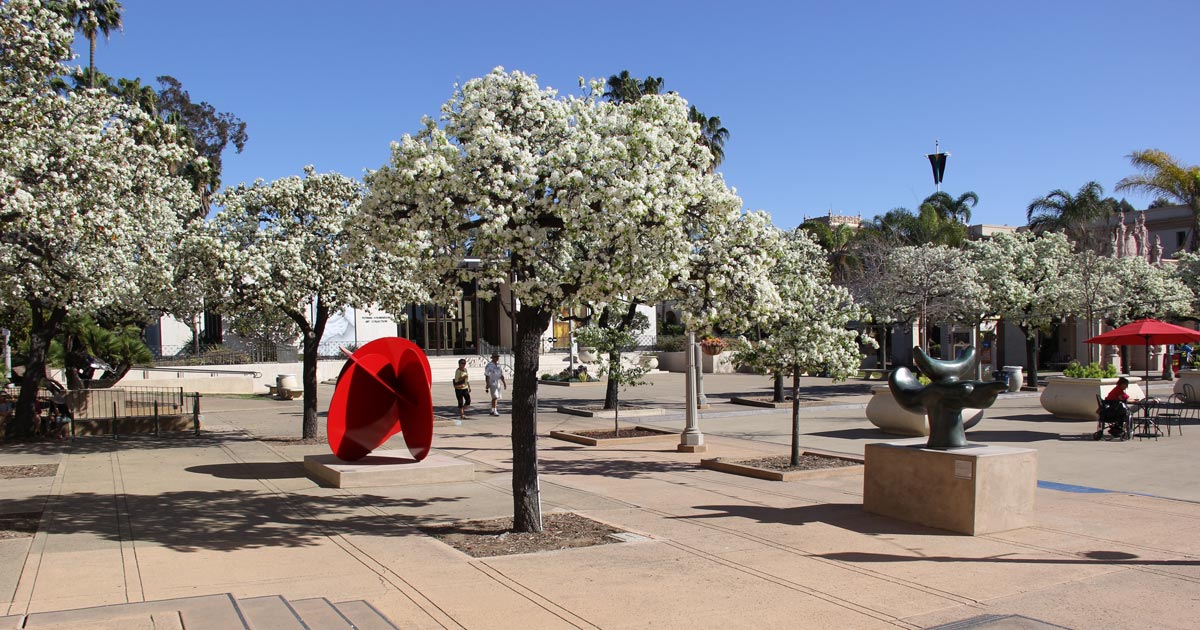 When it comes to things to do in April, Balboa Park is not fooling around. From secrets to star gazing to sonnets in celebration of Shakespeare, there is plenty to see and do all throughout the park.

When: April 2, 2018
Where: The Old Globe Theatre – 1363 Old Globe Way, San Diego, CA 92101
Secrets are powerful things. They are both hard to keep and – in some cases – harder to tell. Frank Warren has explored the murky, mysterious world of secrets since 2005 when he began sharing postcards that people anonymously mailed to him that revealed never-before-told secrets on postsecret.com. Now Warren is bringing PostSecret, his world-famous community art project and blog, to San Diego with an upcoming exhibit at the Museum of Man. To highlight that exhibition, Warren is appearing in PostSecret Live, an interactive talk that explores the transformative power of secrets as well as the history and inspiration for PostSecret. The show will also offer a chance for audience members to have their own moment of truth by sharing their secrets with everyone. The show runs from 6 to 8 p.m. Find out more about the PostSecret exhibition here.

When: Thru September 3, 2018
Where: Mingei International Museum – 1439 El Prado, San Diego, CA 92101
This is exhibition is one for the history of books, which celebrates the centuries-old craft of making books – from design to typography to printing – through rare volumes selected from the libraries of UC San Diego, San Diego State University and University of San Diego. The oldest work featured is from the 1200s, and many of the books were printed in the 50 years after Gutenberg’s movable type breakthrough, which revolutionized how knowledge was shared and consumed. Of course, no San Diego book exhibition would be complete without a nod to Dr. Seuss, so the show also includes an original drawing by Theodor Geisel himself. Grab the bibliophile in your life and book it over to the Mingei.

The Sky Tonight Planetarium Show/Stars in the Park

When: April 4, 2018
Where: Fleet Science Center – 1875 El Prado Balboa Park, San Diego, CA 92101
Want to have a full night of stars in your eyes? Then head over to the Fleet Science Center on the first Wednesday of the month – in this case April 4. You can start your space odyssey by attending the planetarium show where the Fleet’s astronomer provides an expert tour of the solar system. The focus changes monthly and the topic for April is asteroids, comets and dwarf planets. The early show starts at 7:00 PM, with a later show at 8:15 PM. Still reaching for more stars? The San Diego Astronomy Association has free telescope viewing after the shows – weather permitting.

When: April 7, 2018
Where: WorldBeat Center – 2100 Park Blvd, San Diego, CA 92101
Get a taste of Cuba without the travel. Noche Cubana features live musical performances by El Septeto Cubano and Tambores di Mi Cuba as well authentic Cuban food and drink. The night features a complementary dance lesson in Salsa Suelta, which is essentially the equivalent of line dancing for the salsa set. There will be plenty of chances to try out your new moves as a DJ will keep the party going by playing the all the best Cuban dance music. This is a family-friendly event and all ages are welcome. Tickets are $20 and children 12 and under are free. The fun runs from 7:00 to 11:00 PM.

When: April 14, 2018
Where: International Cottages – 2294 Pan American Plaza, San Diego, CA 92101
Jolly good fun can be had by one and all at the House of England’s Village Faire & Lawn Program. The event, which runs from 11:00 AM to 4:00 PM, has everything from a Beatles tribute band to corgi dogs to British cars and costumers to food and drink, including sausage rolls, dragon eggs, bakery treats and teas. Find out more here.

When: April 14, 2018
Where: Spreckels Organ Pavilion – 1549 El Prado, Ste 10, San Diego, CA 92101-1661
Come listen to the new San Diego Civic Organist Raúl Prieto Ramírez as he performs his first evening concert since arriving in San Diego from Barcelona. Ramírez, whose performances have been described as “sizzling” and “transcendent,” will put the world’s largest outdoor pipe organ through its paces as he plays both classical and popular music selections against the beautiful backdrop of the brightly lit Spreckels Organ Pavilion. Ramírez is among the elite of the international pipe organ scene and is known for being one of the few concert organists who performs from memory. The free concert starts at 7:30 PM.

When: April 20, 2018
Where: Japanese Friendship Garden – 2215 Pan American Way E, San Diego, CA 92101
Shin-Ichi Fukuda, Japan’s premier classical guitarist, will open the San Diego Guitar Festival with a performance featuring a wide selection of music, including original material from Japanese composers, the Bach Cello Suite and even songs by the Beatles. For his first-ever San Diego performance, Fukuda will be playing on a new custom guitar that legendary Japanese guitar builder Masaki Sakurai designed for him. Prior to the concert, guests can purchase beer and wine and spend time sipping and seeing the lush gardens. The event runs from 7 p.m. to 9 p.m. General admission is $35. VIP tickets cost $60 and include the opportunity to meet Fukuda during a catered reception after the concert. Find out more here.

Birthday Celebration for the Bard

When: April 21, 2018
Where: The Old Globe – 1363 Old Globe Way, San Diego, CA 92101
The play might be the thing but a birthday party for the playwright is a thing, too – a fun thing. Join this now-annual event where you can eat cake, perform sonnet karaoke (either your own work or Shakespeare’s), make puppets and enjoy puppet performance courtesy of the San Diego Guild of Puppetry. This free event, which runs from 11:00 AM to 2:00 PM in the Copley Plaza, and is brought to you by AXIS, The Old Globe’s arts engagement program.

When: April 27-29, 2018
Where: The San Diego Museum of Art – 1450 El Prado, San Diego, CA 92101
Do you like your art floral and fresh? Then you certainly won’t want to miss The San Diego Museum of Art’s 37th annual Art Alive. This spring tradition, which last year attracted some 12,000 attendees, brings together more than 100 floral designers to transform works of art into eye-popping floral displays. The floral design that takes front and center is the one located in the museum’s rotunda. This year the museum has selected Natasha Lisitsa and Daniel Schultz, the wife-and-husband team behind Waterlily Pond Studio in San Francisco, to transform the fame rotunda into a blaze of color, bright blossoms, and lush foliage in honor of Nancy Lorenz: Moon Gold, which is the museum’s spring exhibition that opens on Friday April 27. Art Alive 2018 is open from 9:00 AM to 5:00 PM on Friday, April 27, through Sunday, April 29. General admission is free for members, $25 for nonmembers, $5 for youth (ages 7 to 17), and free for children age 6 and under. There are other fun, flower-themed events during Art Alive from the Bloom Bash to floral crown making.

When: April 28, 2018
Meeting Spot: California Native Plant Garden Parking Lot by the Balboa Tennis Club
Curious about the ins and outs of Florida Canyon but wary about exploring it on your own? Never fear the Canyoneers are here. Canyoneers are citizen scientists and volunteers who have been trained by staff from The San Diego Natural History Museum on the region’s natural history and lead guided walks every weekend in different locations throughout the county. On April 28, the Canyoneers will stick close to home for an easy two-mile hike through Florida Canyon in Balboa Park. The group will meet at 8:30 AM at the tennis court facilities near the California Native Plant Garden parking lot.