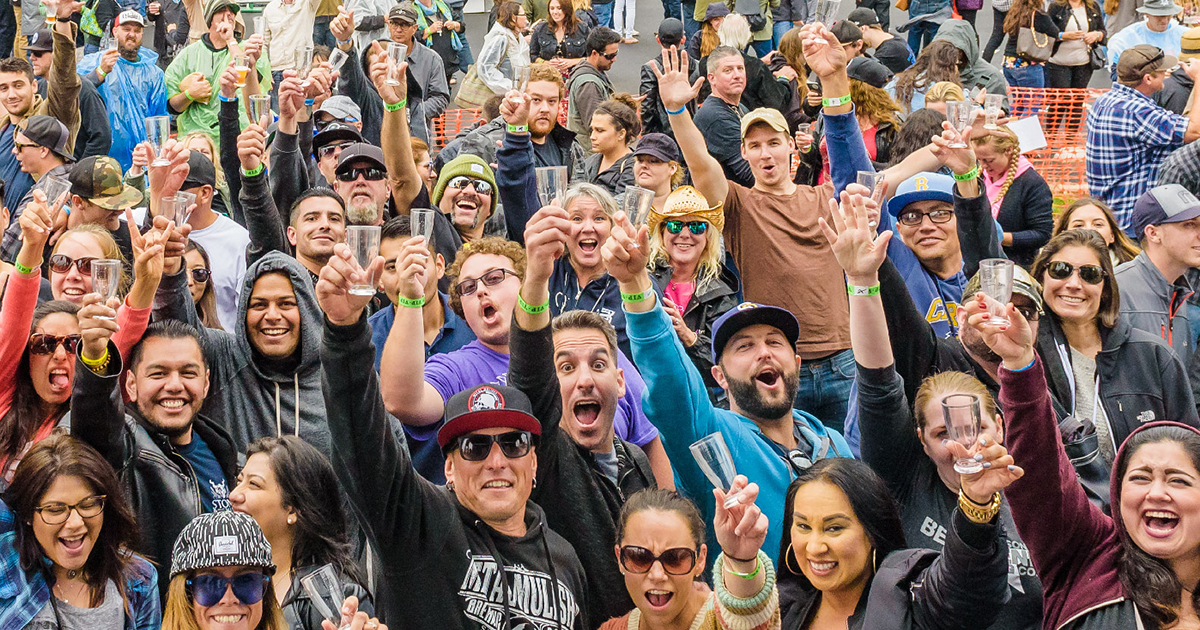 Known as the ‘Capital of Craft,’ San Diego is home to 130+ independent craft breweries and is a birthplace to some of the industry’s most respected establishments. The Rhythm & Brews Craft Beer and Music Festival celebrates this definitive part of our city’s culture.

The festival is one, unforgettable day complete with jams from local musicians and tastes of 50+ of the most renowned breweries from San Diego County and other vibrant craft beer regions around the country. All of this is happening on Saturday, May 5, 2018.

Attendees will encounter more than 50 participating breweries, pouring 100-plus delicious beers for you and your friends to enjoy!

The festival’s rhythmic sounds are sure to pair perfectly with the selected fare and beers provided during Rhythm & Brews.

L.A. Edwards is the dynamic music of Luke Andrews Edwards, home-grown in the mountains of California. Growing up on Simon and Garfunkel, Abba & The Beatles, you’ll be able to hear their influence in his raw, funky, folk sounds. Trouble in the Wind’s, who won big at the 2018 San Diego Music Awards, is a stripped-down organic sound comes from the powerful voice of songwriter, Robby Gira and their instrumentation featuring accordion, upright bass, brushes, banjo and guitars. This quartet is proudly made up of Southern California natives that understand the importance of their hometown roots.

With General Admission, attendees gain access from 1:00 to 4:00 PM. Perks include 100+ beers available for sampling and a commemorative cup to take home, as well as access to the live local musical performances.

VIP Admission allows attendees to enjoy all of the general admission features, while also hanging out in an exclusive tented beer garden, showcasing  some of San Diego’s most rare and sought after beers. To enhance this VIP experience, attendees will also receive three different complimentary local food pairings, early festival access (12:00 PM) and more.

Founded in 1997 by a group of brewers dedicated to the growth of craft beer, the San Diego Brewers Guild is a nonprofit 501(c)(6) organization composed of allied brewery members, tradespeople, and various goods and services providers. Since its founding, the Guild’s mission is to promote awareness of local, independently brewed beer via education, events and community involvement. San Diego (aka The ‘Capital of Craft’) is home to more than 130 independent craft breweries and continuously garners attention for its medal-winning beer styles and positive international reputation. For more information about the San Diego Brewers Guild and its members, visit sdbeer.com or follow @SDBrewers on Twitter, Instagram and Facebook.