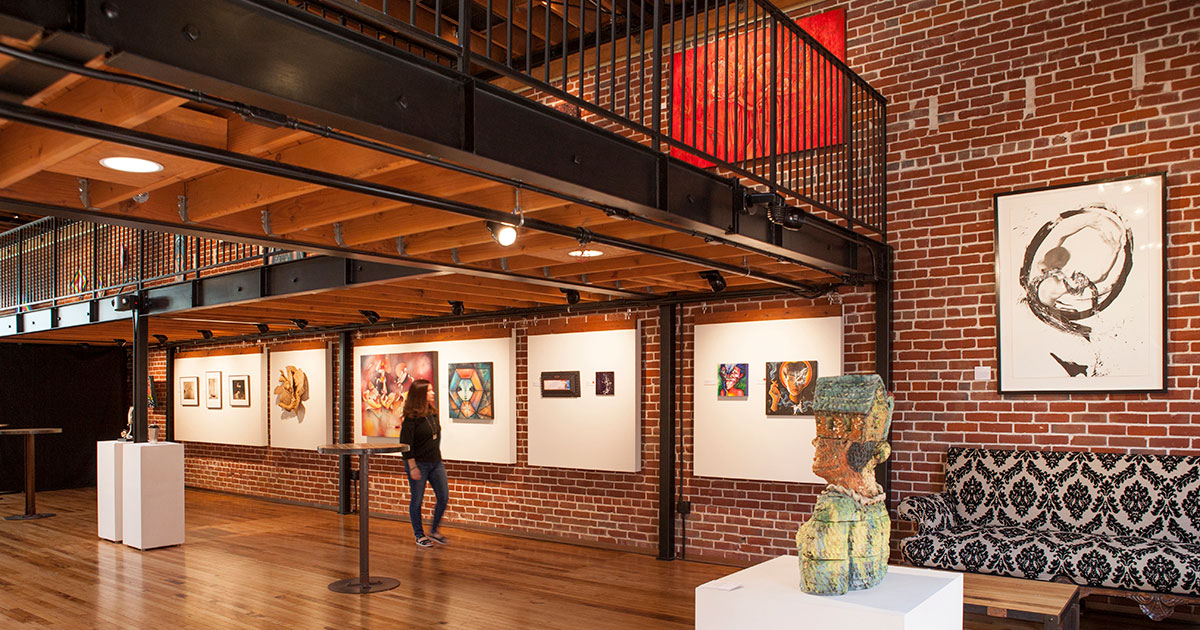 Beaches and breweries aren’t the only sceneries well worth your time in San Diego. The city is also home to a vibrant clutch of local artists working in every medium imaginable. Recent years have seen startup galleries and spaces burst onto the scene dedicated to featuring this homegrown talent. Here are some of the best stops around town to keep your finger on the art world’s pulse.

Where: 530 Sixth Avenue, San Diego, CA 92101
After studying art at the University of San Diego, Sonya Sparks started a career in the art business because she felt that, in the early 2000s, San Diego’s art world was very closed off to young upstarts. If the art world wouldn’t bring her in, she’d have to start her own gallery. Which is exactly why she launched Sparks Gallery in 2013. Housed in the historic Sterling Hardware Building in the Gaslamp Quarter, the art gallery and event space features a wide range of works by contemporary Southern California artists.

Where: 1955 Julian Ave, San Diego, CA 92113
An expansive former bread factory in Logan Heights is the home of Bread & Salt. To make things simple, you could call it an art gallery, though owner James Brown, an architect by training, bills it as an “experimental center for the arts with strong community ties.” Bread & Salt hosts visual arts and performances, along with educational events and artists-in-residence. For a peek, check out their Facebook feed.

Where: 2070 Logan Ave, San Diego, CA 92113
Designer and former restaurateur Paul Basile teamed up with artist C. Martino to launch BasileIE, a gallery in the culturally diverse, downtown-adjacent neighborhood of Barrio Logan. Smack between Chicano Park and a piñata store, the gallery focuses on highlighting contemporary art from undiscovered and under-appreciated artists. The “IE” tacked onto the end of the gallery’s name stands for “ideas and experiments,” a nod toward the gallerists’ intent to boost art they see as “progressive,” defined in part as art “beyond what hangs on the wall above the living room couch.”

Where: 2196 Logan Ave, San Diego CA 92113
Imperial Beach-native Chris Zertuche established this gallery in a formerly vacant Barrio Logan warehouse that was once home to the Bank of Italy. The space hosts art shows and workshops, and furnishes 30 local artists with studios, all in the name of supporting up-and-coming as well as established San Diego artists.