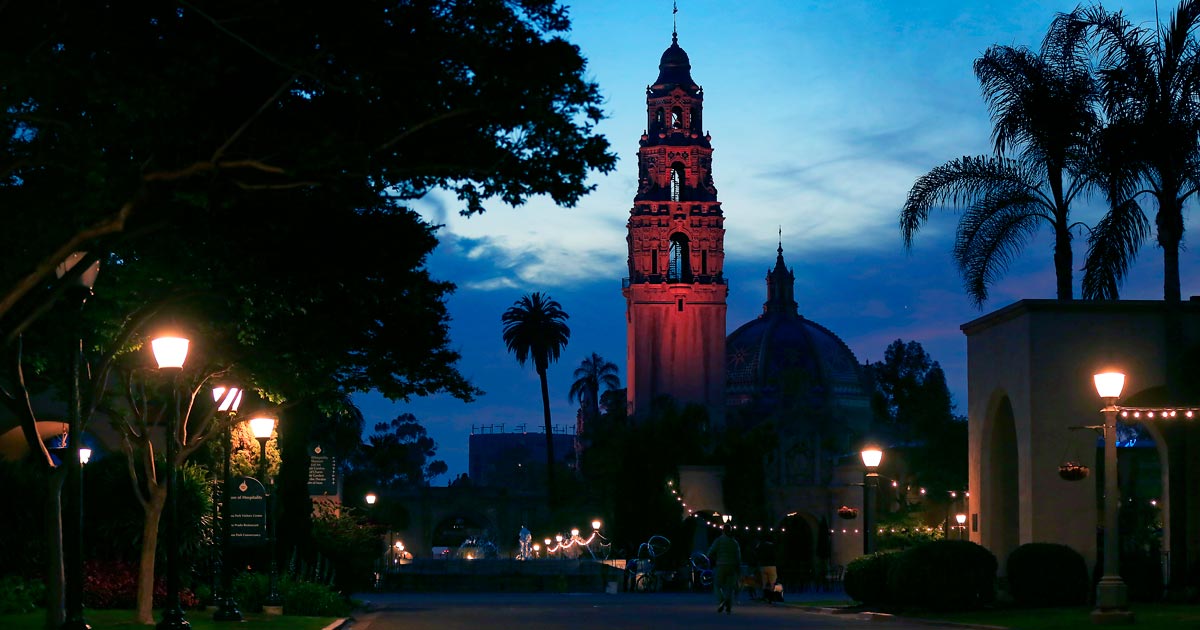 August is, as they say, summer’s last stand, and Balboa Park is not letting the season slip into fall without a full slate of fun and fanciful events. From fairy tales taking flight to insights into extraterrestrial earthquakes to summer secrets unsealed, exploration is in the air throughout the park this August.

When: August 2, 2018
Where: Museum of Photographic Art
A thousand pictures paint a story – one that is 35 years in the making. The Museum of Photographic Arts, also known as MOPA, is celebrating its 35th Anniversary by throwing it back – all the way back – to its beginnings with a Push Pin Party. Back in 1983, the museum celebrated its inception by having everyone pin a picture on its then blank walls. For this party, you can PYOP – print your own photo – or share it on social media using the #makeMOPAhistory to have it printed out for you. Then with photo in hand all you have to do is pin it and party. And it will be a party — replete with a live DJ, hard kombucha pours as well as cool local vendors. The fun runs from 6:00 to 9:00 PM and follows the museum’s “pay what you wish” policy. Picture that.

When: August 2-30, 2018
Where: San Diego Museum of Art
Sure, San Diego is filled with outdoor movie options in the summer. But if you are looking for some more high-minded fair, you’ll want to grab a blanket and hightail it to the East lawn in Balboa Park on Thursday nights in August. This summer the focus is on critically acclaimed films from India to celebrate the museum’s summer exhibition Epic Tales from Ancient India. The films range from a documentary about one of the last movie muralists working in Mumbai to a full-scale Bollywood extravaganza to stories that explore human connections familial and otherwise. All the films are on Thursday nights throughout the month of August, starting at 8:00 PM, which is also when it is no longer legal to consume alcoholic beverages in the park. Dogs, however, are welcome.

You Know Mars (Has Earthquakes)

When: August 3-5, 2018
Where: San Diego Air & Space Museum
Seismic rumblings are not only the purview of planet earth. Turns out quakes happen on Mars, too. This spring NASA launched InSight, a spacecraft designed to study how Mars shakes, rattles and rolls to help better understand that planet as well as ours. While the mission continues throughout November 26, NASA has decided to take its show on the road visiting select museums throughout California, including the San Diego Air & Space Museum. Team members for InSight (short for Interior Exploration using Seismic Investigations, Geodesy and Heat Transport. …rolls off the tongue, doesn’t it?) and other NASA ambassadors will be on hand to discuss the mission. The exhibit also features an interactive demo where you can jump to make and measure your own “marshake,” selfie stations and models of the InSight spacecraft.

Celebrate the Circle of Life

When: August 3-4, 2018
Where: Japanese Friendship Garden
Take a moment to remember those who have passed while savoring the sights, sounds and tastes of Japanese culture at this annual festival. Sponsored by the Japanese Friendship Garden and the Buddhist Temple of San Diego, the annual Bon Odori festival will feature food, a beer garden, a tea and dessert garden as well as cultural performances. On Friday August 3, starting at 5:00 PM attendees can make their own toto nagashi – which translates into flowing lanterns – and are used in the Japanese ceremony where people float glowing paper lanterns to commemorate the dead. Attendees can also purchase lanterns and the floating will take place at 7:00 PM in the lower garden. On August 4 at 4:00 PM, the festival extends out to a lantern-bedecked Spreckels Organ Pavilion where everyone can join in the Bon Odori dance, which will be lead by dancers dressed in traditional kimono.

When: Starts August 8
Where: Fleet Science Center
If you want your science outside and on-the-fly, then the Renegade Science Project is for you. This new outdoor experience, which the Fleet Science Center developed in conjunction with Museum Hack, turns Balboa Park into a science lab through a fast-paced, 90-minute tour filled with eye-popping experiments, prized-garnering challenges and plenty of Instagram-worthy moments along the way. The fun begins at the Fleet Science Center and includes admission to its regular exhibits and an IMAX film, all for $39.95. The Renegade Science Project tours are offered daily at 10:00 AM and 3:30 PM for up to 15 people. Reserve your date and time at the Fleet ticket counter or online.

When: August 18-19, 2018
Where: San Diego Civic Youth Ballet at the Casa del Prado Theater
Watch dancers from the San Diego Civic Youth Ballet transport you to lands filled with enchanted forests and magical flights of fancy at the 10th Annual Fairy Tales in the Park. This year’s performances will feature such classic stories as Sleeping Beauty, Hansel and Gretel and A Midsummer Night’s Dream. Want the fairy tale to continue after the performance? Make sure to visit the Fairy Tale Village outside the show that will have feature crafts, food and other activities with a green theme.

Music that Movies You

When: August 20, 2018
Where: Spreckels Organ Pavilion/Japanese Friendship Garden
It will be night for all the senses at the always popular Silent Movie Night organ concert. The night starts at 5:00 PM with a wine and beer tasting event at the Japanese Friendship Garden. Tickets are $35 in advance and $40 at the door. All tasting attendees will be treated to some tasty craft beers from such local breweries as Mike Hess and Thorn. Wine will also be available along with a signature wine glass. But as they say, that’s not all. Attendees will also have reserved seating for the concert, which starts at 7:30 PM. Theater organist Steven Ball will provide the sound track on the organ for the 1923 Harold Lloyd classic “Safety Last.” It features such famous film scenes of Lloyd hanging from the arm of a clock skyscraper 12 stories about the street.

When: August 24, 2018
Where: San Diego Museum of Man
You’ll definitely want to get in on these secrets at this after-hours party inspired by the Museum of Man’s PostSecret exhibit. The immersive event will explore the mysterious world of secrets with attendees being able to tour rarely seen parts of the museum, experience San Diego’s underground art scene and uncover a speakeasy bar. Tickets for this 21-and-up event are $20 for museum members and $30 e-club member and includes museum admission, a drink and access to all the night’s entertainment. While you are there make sure to check out the fascinating PostSecret exhibit that is inspired by the world-famous community art project and blog postsecret.com, which features anonymous postcards from around the globe that reveal people’s deepest and darkest secrets.