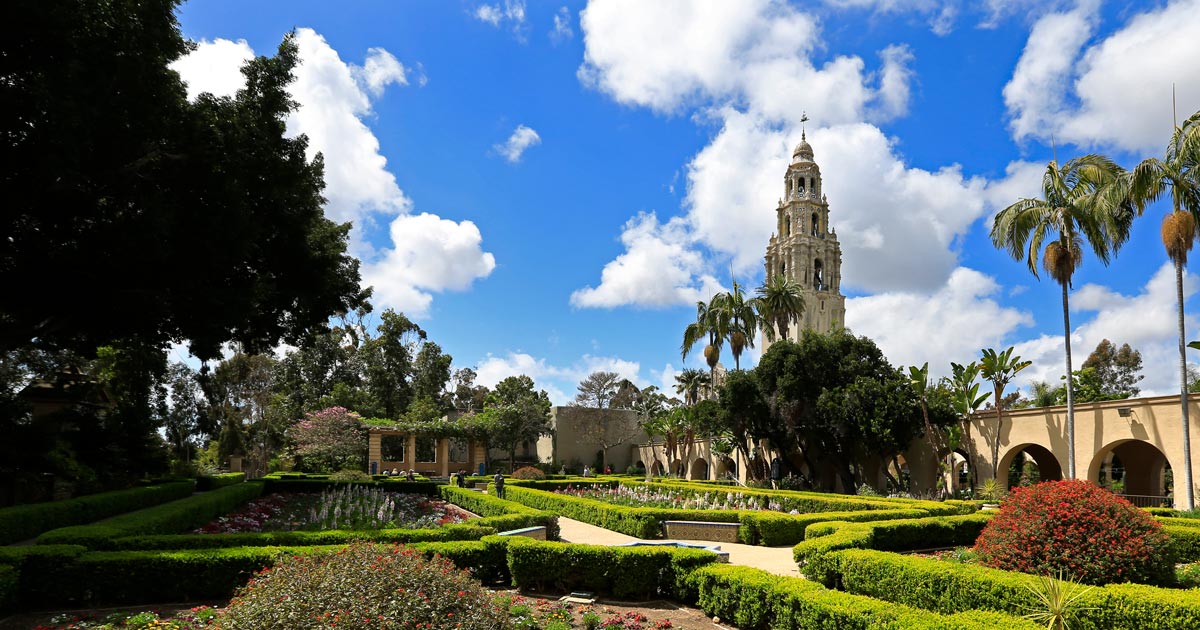 Let the summertime fun continue well into September by visiting Balboa Park for special events from to foreign films to musical tributes to even more food trucks on Fridays.

When: September 3, 2018
Where: Spreckels Organ Pavilion
The finale of the International Summer Music Festival is ending on a raucous – or is that “rock us” – note with tribute concert to Pink Floyd and Led Zeppelin. San Diego’s own civic organist Raul Prieto Ramirez will do honors playing time-tested classics from these two legendary rock bands. This free concert starts at 7:30 PM.

When: September 6 – October 21, 2018
Where: The Old Globe Theater
Looking for a night of the theater that will make you tap your toes and ensure your heart is still beating? Well, then this is it. What is it, you ask? It’s “The Heart of Rock & Roll,” a musical comedy inspired by the hit songs of Huey Lewis and the News. The story follows the travails of Bobby, whose band is a staple of the Chicago bar scene, but who ditches his visions of rock stardom for a shot at stability in the corporate world. There he meets his boss, Cassandra, who has let working for a living eclipse her personal life. But as musical theater luck would have it, both get a shot at redemption. For Bobby, it’s a chance to be a real-life rock star and for Cassandra, it’s a crack at being CEO. Will the power of their love survive as they chase their ambitions? Come find out.

When: September 7, 14, 21 and 28
Where: El Prado
The summer may be gone but Food Truck Fridays are carrying on – at least through September 28. It’s a great way to enjoy the beauty of Balboa Park while sampling a slew of different types of cuisines. Starting at 4:00 PM, a fleet of food trucks will roll into the park to provide a wide range of gastronomic options from appetizers to desserts to everything in between. To spice up the night, DJs and musicians will be on hand in the Plaza de Panama.

When: September 20, 2018
Where: Museum of Photographic Arts
Enjoy a madcap mafia romp in Italian with the Naples serving as a backdrop. The plot goes something like this: a cop who happens to be a talented pianist is recruited to go undercover with a local band to identify a mysterious, and deadly, hitman at mob wedding. Hilarity ensues, obviously. Tickets are $12, and the movie starts at 7:30 PM.

When: September 22, 2018
Where: House of China at the Spreckels Organ Pavilion
The House of China will celebrate the Moon Festival with the sights and sounds of China including traditional, colorful lion dances. There also will be dance, song, music and marital art displays. Vendors will be selling variety of food from mooncakes to dumplings to drinks. There will be a community performance between 2:00 and 4:00 PM and a nighttime show from 6:00 to 8:00 PM.

Culture & Cocktails: Art of the Body

When: September 27, 2018
Where: San Diego Museum of Art
To celebrate the upcoming exhibition of Javier Marin – who was known for his interest in the human figure and form – the San Diego Museum of Art is hosting its quarterly Culture & Cocktails soiree with lots of body art. Statues will come to life and contortionists will bend and wind in eye-popping displays of dexterity. Attendees can try their hand at live figure drawing or became the canvas by partaking in airbrush body art. There, of course, will be music, dancing, food and drinks. The fun begins at 6 p.m. Tickets are $5 for members and $25 for non-members.