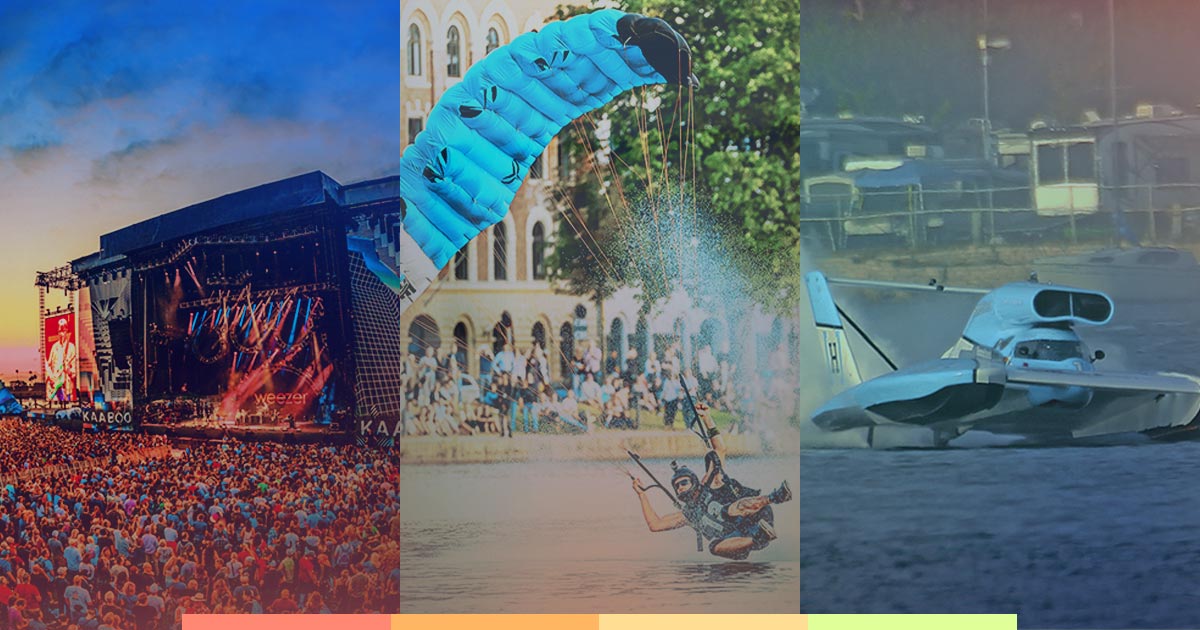 San Diego is the place to be this September 14-16, hosting world-class events and awesome celebrations. There’s something for everyone, so find your adventure and be a part of the buzz.

When: September 14-15, 2018
Where: Embarcadero Marina Park South – 200 Marina Park Way, San Diego, CA 92101
Swoop Freestyle is the latest extreme sport and the only parachuting event to take place within major cities worldwide, bringing the action straight to people’s doorstep. Swoop Freestyle FAI World Championships 2018 marks the second year of the innovative and multi award winning international sports format. This year’s series will culminate with a final stop in San Diego, where the World Champion will be crowned. Join us, as 18 of the world’s elite in the sport will be showcasing highly demanding freestyle moves, pushing boundaries for an ultimate test of their skills.