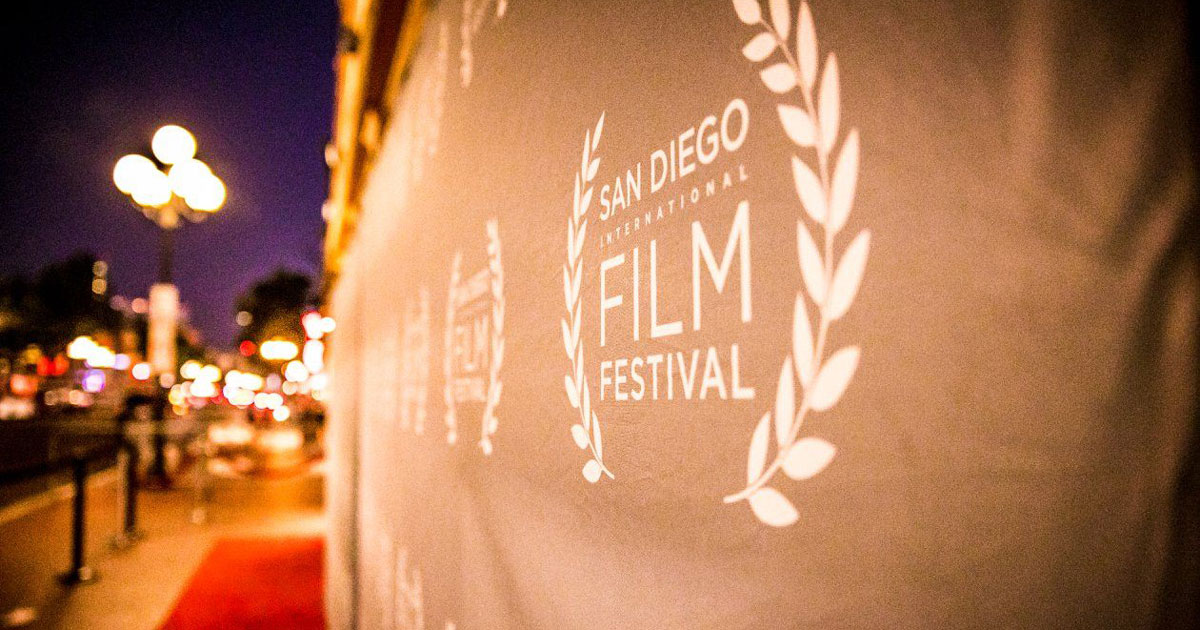 Spend the upcoming weekend in San Diego enjoying everything California’s Beach City has to offer including the San Diego Intl Film Festival and these top things to do.

When: October 10-14, 2018
The San Diego International Film Festival is the region’s premier film event and one of the leading stops on the independent festival circuit. SDIFF offers a totally unique film experience; including world premieres, never before seen studio releases, the best in independent filmmaking and a full schedule of glamorous parties and intimate events with filmmakers. Join us Downtown at the Balboa Theater for opening night, Regal Cinema and the ArcLight UTC for screenings and featuring the beautiful Pendry San Diego as one of our venues.

When: October 10, 2018
Where: Coronado Museum of History & Art – 1100 Orange Avenue, Coronado, CA 92103
Take a culinary trip around the world sampling from our local bistros. Meander along Orange Avenue or take a ride on the complimentary trolley. This will be a night to remember so come and bring your friends!

When: October 12-14, 2018
We are bringing new designers from around the world to show their never seen before collections on the FWSD Runway. This year we are featuring 15 very talented and dynamic labels/brands on the catwalk in Encinitas.

When: October 12-13, 2018
Where: Ocean Beach Pier, San Diego, CA 92107
The Ocean Beach Oktoberfest is a two-day, eclectic, beachside festival with a variety of exciting activities, contests and entertainment.

When: October 12, 2018
Where: San Diego Museum of Man – 1350 El Prado, San Diego, CA 92101
Wild Life is back and it’s time to explore your wild side! Begin your metamorphosis and let your instincts lead you to unknown adventures at this after-hours masquerade party inspired by our Living with Animals exhibit.Explore untamed parts of the Museum where you’ll encounter insects that make you squirm, discover what fear does to your mind and body, indulge in delectable bites, and so much more.

When: October 13-14, 2018
Where: Spanish Village Art Center – 1770 Village Place, San Diego, CA
This show is the largest Art Glass show in Southern California and is all about your local Art. You will see beautiful art representing many techniques, including blown, fused, torch, stained, cast, etched and mosaic art glass, all available and created by San Diego Glass Artists.

When: October 13, 2018
Where: North Park, San Diego, CA 92104
In one afternoon, Taste of North Park invites you to enjoy 50+ food tastes from some of San Diego’s best restaurants and craft beer samples from 15 local brewers.

When: Thru October 21, 2018
Where: The Old Globe – 1363 Old Globe Way, San Diego, CA 92101
An electrifying world premiere musical comedy inspired by the songs of one of the most beloved and iconic acts in music history, Huey Lewis and the News. Mainstays on the Chicago dive bar circuit, Bobby and his band are hustling for their big break. But after their latest rejection, Bobby decides it’s “Hip to Be Square,” trades in his guitar, and starts “Workin’ for a Livin’” in corporate America. His boss, Cassandra, has struggles of her own, having sacrificed her personal life for the company. When they both get a shot at their dreams—for Bobby, another crack at rock stardom, and for Cassandra, a chance to become CEO—they must decide “If This Is It” for their careers, or if “The Power of Love” triumphs over all. The Heart of Rock & Roll celebrates the classic songs of Huey Lewis and the News in this heartwarming and hilarious new musical.