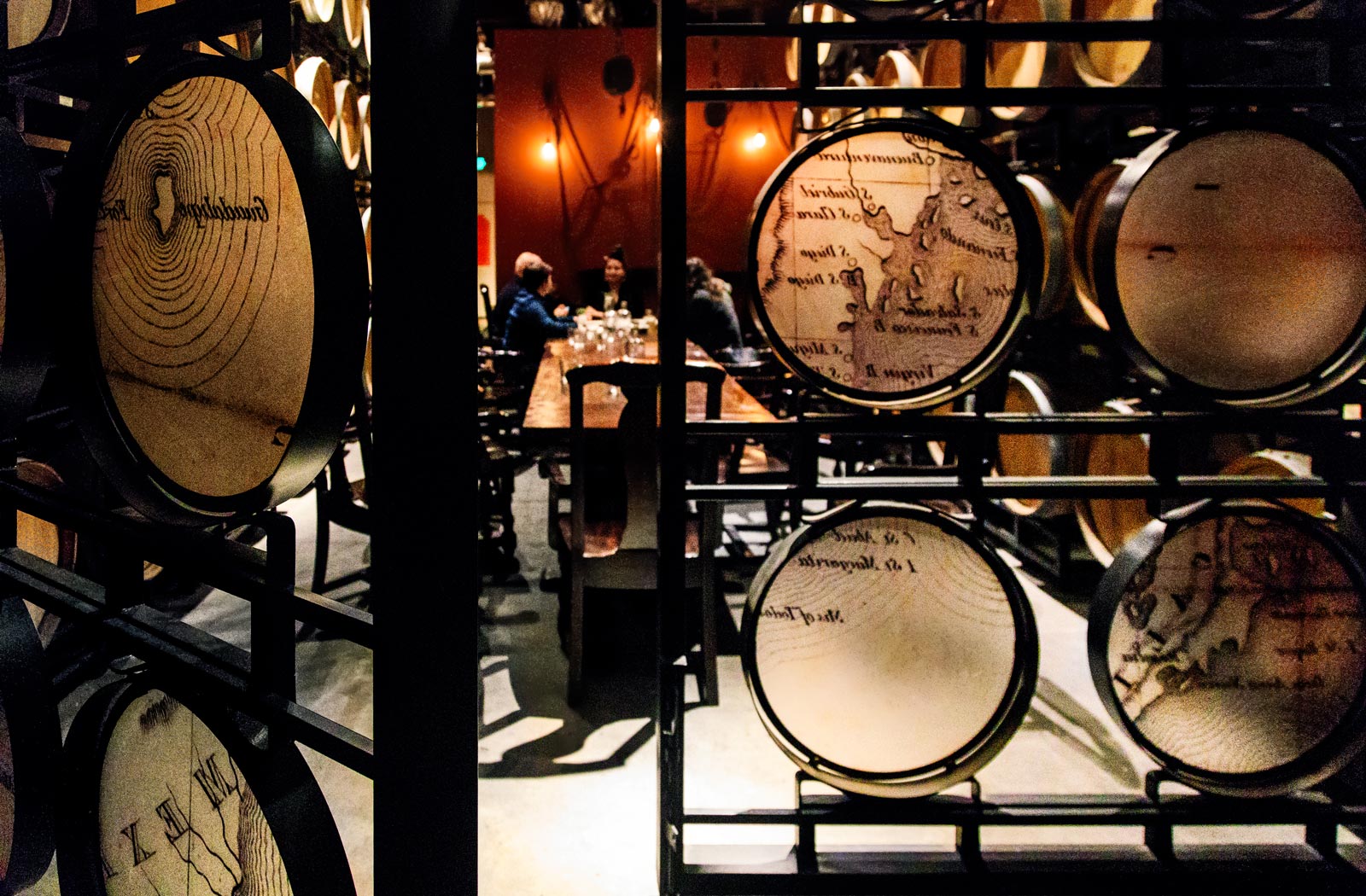 The moniker “Capital of Craft” extends far past beer to an array of spirits, including whisky, gin, vodka, rum, agave spirits, and more, brewed right here in San Diego. Whether you prefer traditional tipple, dark or clear, or fancy an experimental liquor brewed with pomegranate or pumpkin, there’s a place for you. Have a tour — and a taste — of the local scene at any of these distilleries.

Where: 9750 Distribution Ave., San Diego, CA 92121
Neighborhood: Miramar
The people who brought you Ballast Point Brewing thought they might try their hand at spirits, too. It shouldn’t surprise you, then, that they spawned a behemoth of the local distillery scene: a 50,000-square-foot distillery, tasting room and restaurant combo. (Not to mention nationwide distribution of their hugely popular canned cocktails.) The craftspeople at Cutwater create vodka, tequila, gin, rum, and liqueur that you can enjoy at their eatery, also an acclaimed institution now. Tours begin every hour from 1 to 8 PM.

Where: 1220 J Street, San Diego, CA 92101
Neighborhood: East Village
Celebrating friendship, fun and the big taste of small-batch spirits, this relative newcomer to the San Diego distillery scene is becoming a real story in Downtown’s East Village neighborhood. Storyhouse was founded by Matt Kidd and Steve Kuftinec, two veterans of the microbrew and distilling scenes out of Salt Lake City. They now offer an alluring lineup of locally crafted vodkas, gins and whiskeys, and their distillery and restaurant/tasting room boasts a range of creative cocktails and food as well as periodic tours of the works.

You & Yours Distilling Company

Where: 1495 G. St., San Diego, CA 92101
Neighborhood: East Village
Opened in 2017, You & Yours produces all of their small-batch canned and bottled vodka and gin in San Diego’s East Village. Tours ($15) provide a peak at the company’s custom build hybrid still, and of course samples of the goods, including the very Juniper-y Winter Gin, the floral and vanilla-note rich Y&Y Vodka, and the citrusy Sunday Gin.

Where: 8706 Production Ave., San Diego, CA 92121
Neighborhood: Miramar
Named for a rum-running schooner that supplied Southern California during Prohibition, Malahat distills rum and whiskey on its twin copper pot stills. Touring the Prohibition-style distillery includes tastes of six artisanal spirits—but that’s not all. The three friends who started this distillery are always experimenting. So expect seasonal samples or other things not found on store shelves.

Where: 1477 University Ave., San Diego, CA 92103
Neighborhood: Hillcrest
This employee-owned business launched by two brothers exists to experiment beyond the grapes, apples, potatoes, and starchy grains that make up the vast majority of their fermented and distilled alcoholic drinks. As such, this operation—a kombuchery, cidery, meadery, and distillery—makes suds from pineapples, pomegranates, cranberries, mangos, pumpkins, and blends thereof. Their Hillcrest digs are open Friday through Sunday, and appetizers, and other bites are available to supplement the brews.

Where: 2870 Scott St., Vista, CA 92081
Neighborhood: Vista
During the Irish Potato Famine of 1849, Matthew Henebery fled Ireland for a new life in Canada, and eventually Illinois, where he launched a distillery and liquor wholesale business. Now, 100 years after his death, his ancestors carry on his legacy by distilling 90 proof rye whiskey using organic ingredients. Tour their distillery and taste a creative menu of cocktails based around their house-brewed broth.

Where: 7950 Stromesa Ct., San Diego, CA 92126
Neighborhood: Miramar
Distilled in quantities of 30 gallons or less, Seven Caves’ rum, gin, and whiskey, are “ludicrously” small batch. Their rum is made with sugarcane from Louisiana. The gin is infused with locally-grown herbs. Their agave spirit is made with agave syrup from Jalisco. Taste them all—by appointment only—at their intimate distillery.