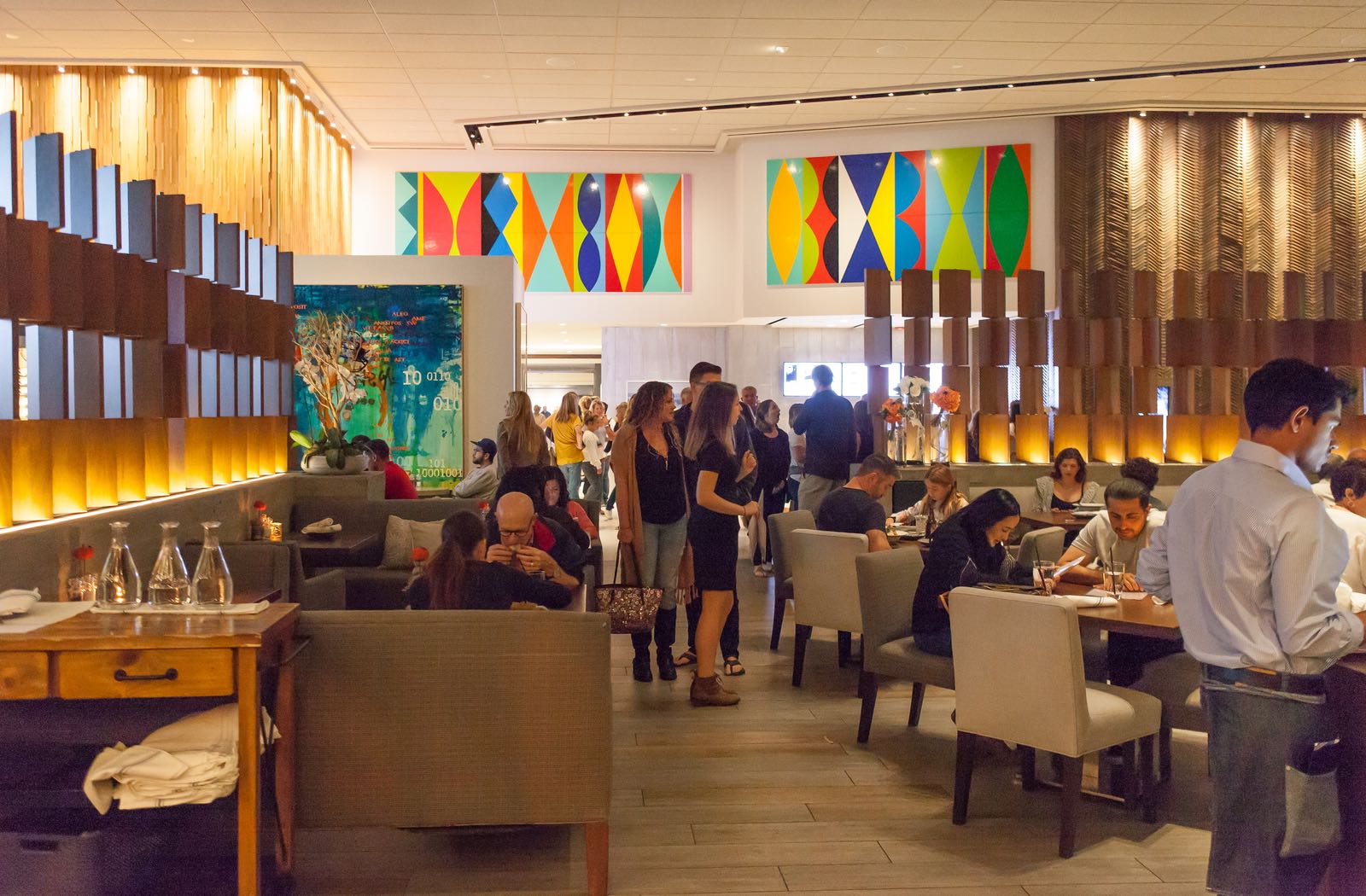 San Diego’s extensive menu of daytime activities can leave you wanting nothing more than to relax for a few beats and take in a good movie. As it happens, this town is home to luxury movie theaters with restaurant-style kitchens, al fresco viewings, and star-studded international film festivals. Whether you want to don a tuxedo or just set up a folding chair and blanket, there’s a perfect movie-going experience for every mood and day of the year.

Where: 2620 Truxtun Road, San Diego, CA 92106
Neighborhood: Point Loma
The Lot is no average theater. Yes, you can catch all the latest movies. But at this luxury cinema you get a serious upgrade on your seat—here, they’re more La-Z-Boy than airplane seat—and on the food. The restaurant-quality menu goes well beyond popcorn and snacks. Think dishes like grilled octopus or crispy branzino, plus a full bar with craft beer and wine, which can be enjoyed at your personal table while the flick rolls.

Where: Fleet Science Center
Neighborhood: Balboa Park
Swim through the Great Barrier Reef, munch bamboo haunch-to-haunch with pandas, or strafe an aircraft carrier, all in 360 degrees and 16,000 watts of surround sound. That’s the experience on the 76-foot-wraparound IMAX theater at the Fleet Science Center, also home to planetarium shows.

Cinema Under the Stars

Where: 4040 Goldfinch Street
Neighborhood: Mission Hills
Snuggle up with classic films like “Psycho” and “Young Frankenstein” while munching pizza and sipping craft beer. You may be outside, but you’ll be plenty comfy in this rainproof courtyard where complimentary blankets and optional two-person loveseats keep things very warm.

Where: 910 Harbor Drive
Neighborhood: Embarcadero
Outdoor movies shown on the flight deck of the USS Midway aircraft carrier? Sir, yes, sir! These films are part of a summer movie night series but films are sometimes shown during other times of the year, too. Bring your own chairs, blankets, and other things for comfort. No foot locker necessary.

Where: Botanical Lawn
Neighborhood: Balboa Park
Thursdays during August, the lawn adjacent to The San Diego Museum of Art welcomes one and all for al fresco movies many look forward to all year long. Films loosely tie into current museum exhibits.

Where: Manchester Grand Hyatt San Diego
Neighborhood: Seaport Village
Enjoy open skies and provided seating on this roof deck as it transforms into a movie theater for year round showings of a wide range of beloved cult classics, new releases, and a host of other compelling titles.

Each fall this multi-day extravaganza of film screenings, parties, and sundry events takes over various venues around town. Rub elbows with actors, celebrities, and the filmmakers themselves at the opening night premiere at Balboa Theater. Whoop it up at after parties. Indulge in a slate of international flicks. It all goes on during this not-to-be-missed festival.