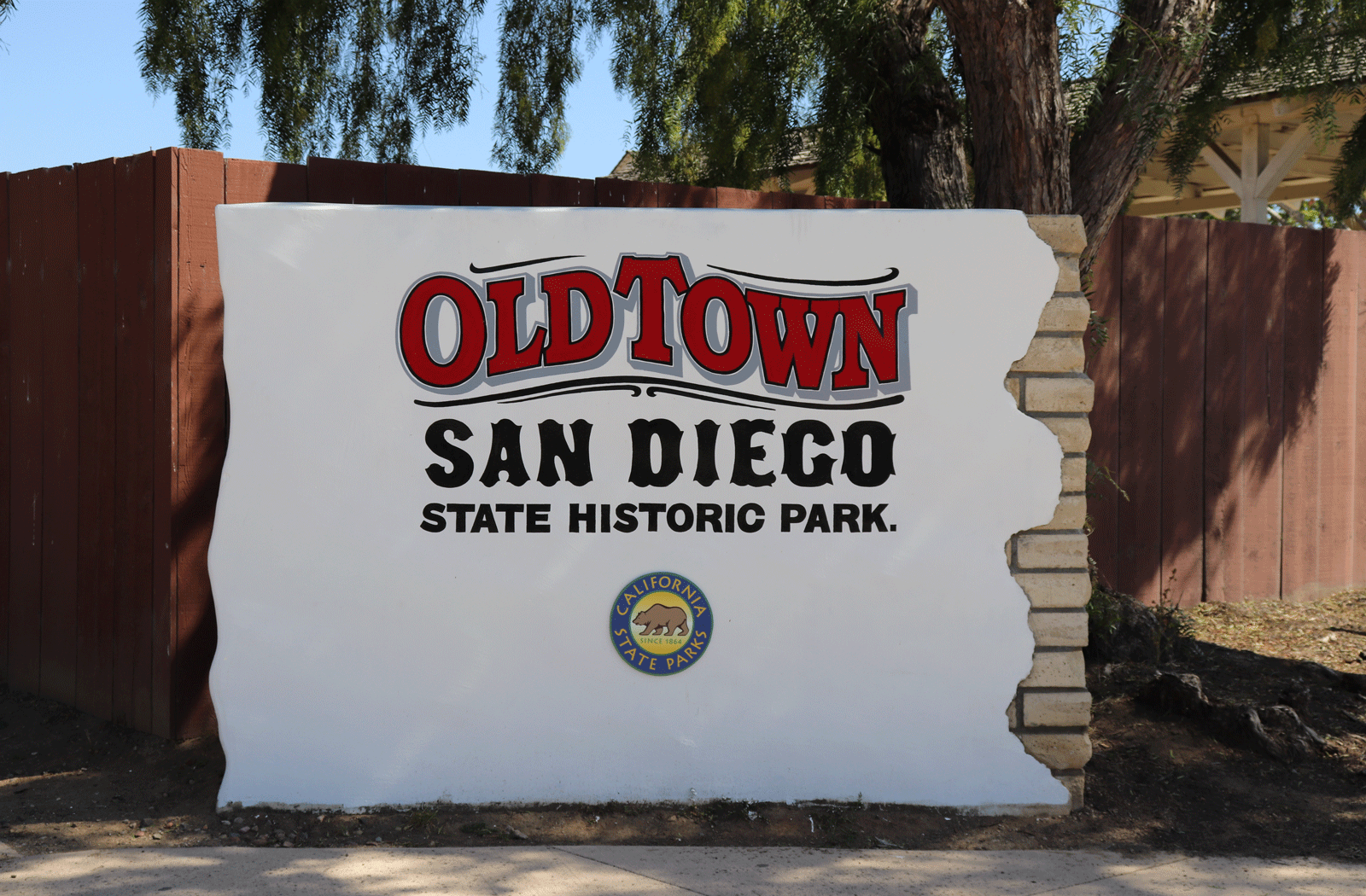 Old Town San Diego State Historic Park, considered by many to be the birthplace of Alta California, boasts many popular shops, restaurants and museums. Discover the park’s historic soul by visiting its lesser-known sites. These 9 hidden gems in Old Town tell tales of the significant moments in the region’s early history. Are you ready to adventure on a historical field trip?

The Old Presidio Historic Trail begins at the base of Presidio Hill at the corner of Mason and Juan Streets and ends at the Junipero Serra Museum. Spanish soldiers and families walked from the Spanish presidio two centuries ago to tend their gardens and livestock. Around 1820, families started to build houses beside their gardens along the trail, and “Old Town” was born. A short and easy hike, the whole family can enjoy this trail.

The Pattie Memorial (aka Witches Tower) was once used as a Spanish guardhouse and jail cell to hold an American named Sylvester Pattie, a fur trapper accused of being a Spanish spy. Pattie died in 1828 while imprisoned at the presidio and is credited as the “first American buried in California soil.” A bronze memorial plaque dedicated in 1931 on the site honors of Pattie and his trapper party. The tower earned its “Witches Tower” nickname thanks to a brick pentagon design on the structure’s roof, the origins of which are unknown.

A trio of statues on Presidio Hill provide insight into its early inhabitants. The Indian Statue is an expressive statue of a Kumeyaay brave that honors the native peoples of Alta California. The Padre Statue, a bronze statue of Father Junípero Serra who established California’s 21 missions, recognizes the Spanish missionaries. The third statue of a Mexican Vaquero (cowboy) commemorates the early Mexican settlers to the region.

Located on the grounds just below the Junipero Serra Museum, the Serra Cross is one of San Diego’s most prominent landmarks. Built in 1913 with tiles excavated from the site of the original presidio and mission, the cross is a monument to Father Junípero Serra and the first Spanish colonists to the region.

Silent for many years, El Jupiter, an old brass cannon cast in 1783 in Manila, was once part of the Spanish defenses of San Diego. Displayed at the Junípero Serra Museum, the Spanish cannon faces seaward from the earthworks at the military crest of Presidio Hill. You can spot the Spanish royal crest on the cannon’s barrel above the trunnions.

The El Camino Real bell marks the beginning of the Kings Highway that links California’s 21 missions and presidios. Set in front of Old Town’s historic El Campo Santo Cemetery, the bell has been in place since the early 1900s. Its location marks the original route of the 700-mile-long “El Camino Real” from San Diego to Sonoma in northern California.

Dating back to 1849, El Campo Santo Cemetery provides a glimpse into Old Town’s past. 477 bodies are buried in the cemetery. Some of the 477 bodies are buried in the cemetery. Some lie outside its gate beneath the sidewalk and San Diego Avenue. You can spot the burying sites from the brass “Grave Site” markers. This haunted cemetery’s most widely seen apparition is a Native or Hispanic man dressed in 19th century clothing who floats above the ground.

Built in 1830, the San Diego House was originally a small adobe saloon and provision store, owned by Richard Freeman and Allen Light, the first two African-Americans to settle in Old Town. Today, the San Diego House is the setting for American House Coffee & Tea. Step back into the 1800s and shop. This old-school general store features rows and rows of jars filled with teas, herbs and spices.

Casa de Carrillo is the oldest surviving house and oldest adobe building in San Diego; it is also one of the first houses built below Presidio Hill that made up the original Old Town settlement. Presidio Comandante Francisco Maria Ruiz built the house next to his pear garden in 1821 for his close relative and fellow soldier, Joaquin Carrillo, and his large family. Today, Casa de Carrillo serves as the clubhouse for the Presidio Hills Golf Course. When you finish exploring Old Town, end the day with a few swings on the course.