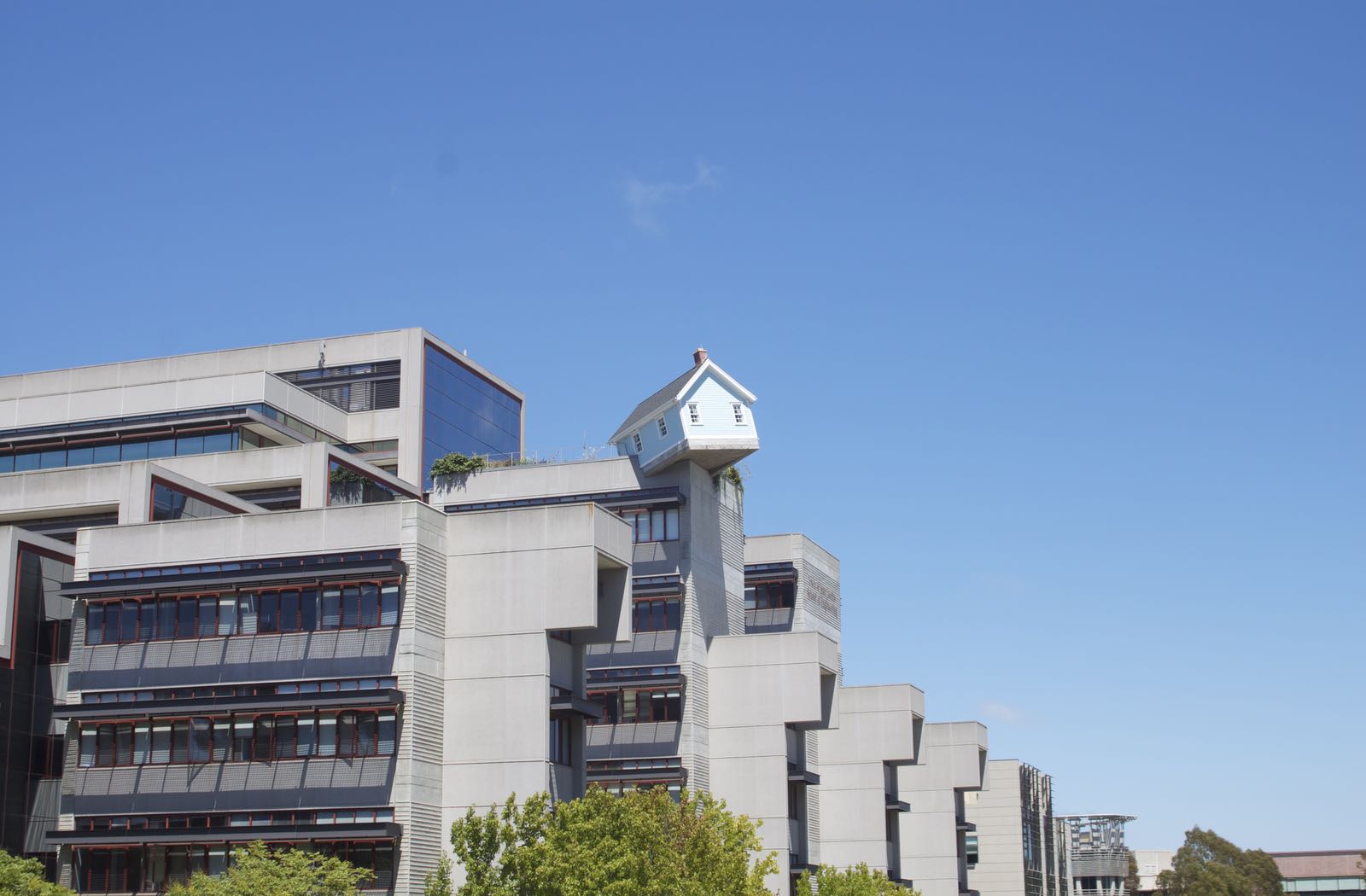 Pushing the boundaries of traditional museum and theater spaces, San Diego’s immersive, interactive art scene puts you in the center of the action with unforgettable visual, dance and dramatic spectacles found nowhere else. Climb a massive crocheted hammock sculpture. Explore a vertigo-inducing crooked house. San Diego’s fantastical immersive art experiences engage and transport. You don’t just look at art – you become a part of it, activating and heightening your senses along the way. The following are five immersive, Insta-worthy San Diego art experiences and installations that have to be seen, heard and touched to be believed.

When: October 17-20, 2019
Bursting through traditional theater walls, the Tony Award-winning La Jolla Playhouse uses the story telling form in exciting and unexpected ways during its fourth biennial Without Walls (WOW) Festival at ARTS DISTRICT Liberty Station. This groundbreaking theater series showcases multiple outdoor performances by acclaimed local, national and international artists. A few standouts include Las Quinceañeras, a surreal, multisensory exploration of the famed Latina rite of passage; Hidden Stories, an invisible performance in which audiences are endowed with the power to hear the thoughts of certain passers-by and follow them into the unknown, and Boats, adventurous voyages on the urban ocean propelled by children’s imagination and energy.

When: June 7 – September 1, 2019
Prepare to be moved by the many eclectic, wondrous spaces of Wonderspaces. The space is designed to allow people to connect with art and each other. Enjoy 13 mesmerizing artworks by artists from around the world that play on the senses. Stop by We are All Made of Light to see yourself illustrated as a constellations in the night sky. Visit Rainbow Rooms, a multicolored fabric and yarn-covered home scene that reflects the artist’s experience growing up as a gay man in conservative South Africa. Experience Confessions, a participatory installation that explores public rituals for catharsis and compassion; you can submit a confession on a wooden plaque in the privacy of a confession booth.

The New Children’s Museum in downtown San Diego presents its newest art commission Whammock! by internationally renowned textile artist Toshiko Horiuchi MacAdam. This one-of-a-kind, interactive three-dimensional textile environment resembles a giant hammock of colorful crocheted circles, open pockets and dangling pendulums. This is MacAdam’s first large-scale work at a U.S. museum. Whammock! welcomes children and adults alike to climb, swing, crawl or simply lay in the cradle of its handwoven embrace. You are sure to be transfixed by how the movements and vibrations caused by play activate this soaring three-dimensional installation.

When: September 28-29 and October 4-6, 2019
There will be music and dancing in the streets – and on the city’s iconic red San Diego Trolley – during the 21st Annual San Diego Trolley Dances, presented by Jean Isaacs San Diego Dance Theater and the San Diego Metropolitan Transit System. Ride the San Diego Trolley and enjoy a site-specific choreographed dance performances along the trolley lines. These performances take inspiration from the trolley stations, their architectural elements and public spaces, and the play of light and shadow throughout the day. Acclaimed choreographer Jean Isaacs created the dances in 1999 as an exciting alternative to the formality and straight-on perspective of conventional stages.

When: Permanent Display
A unique collection of 20 site-specific sculptures by leading contemporary artists, the Stuart Collection at the University of California, San Diego (UCSD) is a jewel in the crown of La Jolla’s world-class array of arts and culture offerings. The Stuart Collection sets itself apart from a traditional sculpture garden by integrating some of the projects with university buildings and architecture. Free and open to the public year-round, you can explore the collection via a self-guided walking tour. Highlights include Richard Fleischner’s Stonehenge-like La Jolla Project; Tim Hawkinson’s gigantic, not-so-soft and cozy granite Bear; Bruce Nauman’s blinking neon Vices and Virtues (best viewed in the evening); Niki de Saint Phalle’s colorful and towering Sun God (her first outdoor commission in America); the meandering, 560-foot long mosaic Snake Path by Alexis Smith, and Fallen Star, a small blue cottage by Do Ho Suh that sits crookedly atop the corner of a 7-story building – seemingly dropped from the sky. Inside, the floor and house itself are at different angles. This creates a sense of dislocation, inviting the question, “What is home?”

Celebrate the Arts in San Diego