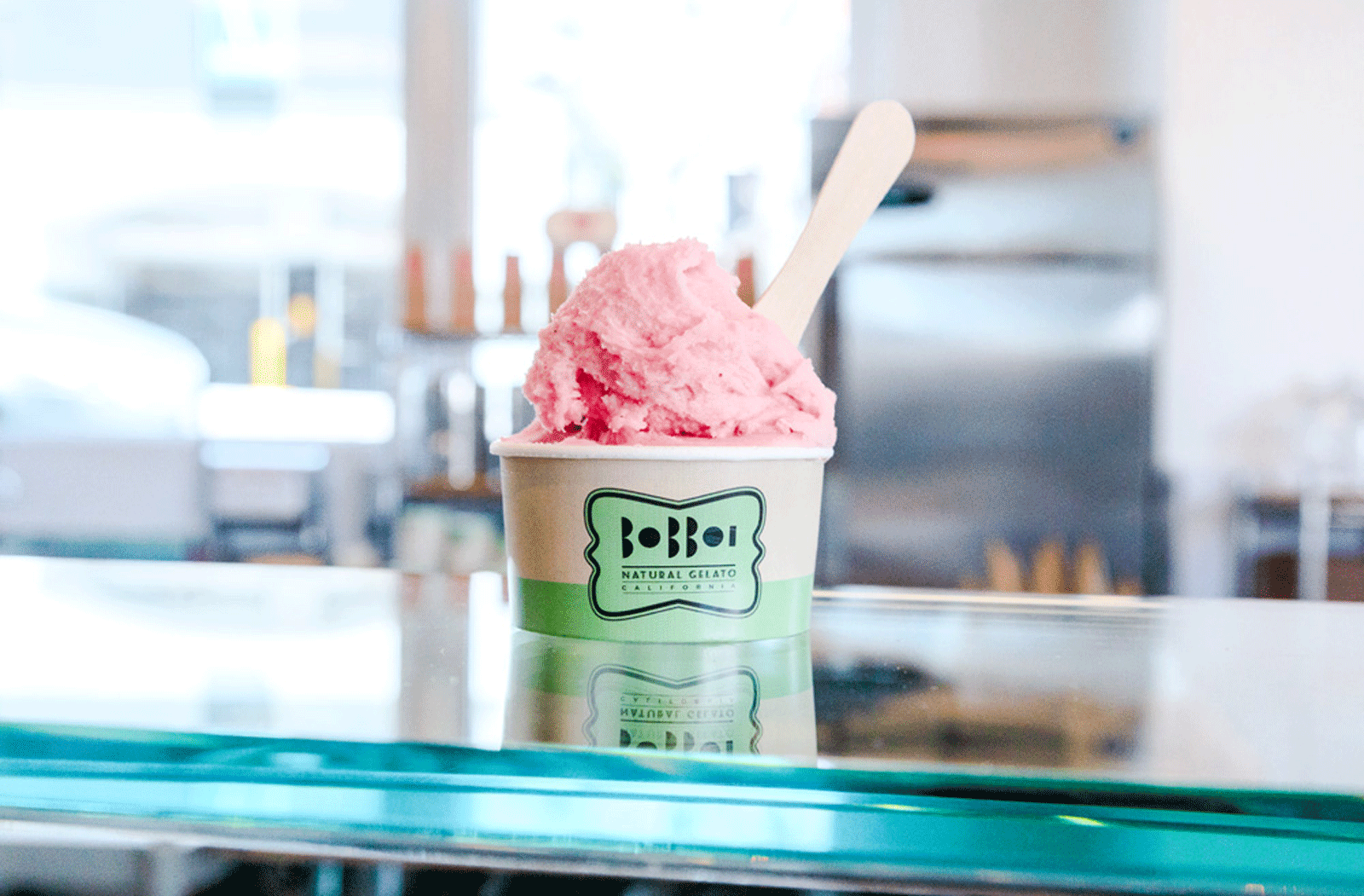 Like its brewers, bartenders, and chefs, San Diego’s makers of ice cream, gelato, and frozen vegan confections take their craft seriously. Luckily, the weather encourages sampling these sweet delicacies day and night year round. That’s good, because you’ll need all the time you can get to try San Diego’s finest frozen treats.

Where: 3118 University Ave
Neighborhood: North Park
These folks have their matcha-flavored soft serve down to a T. The frozen dessert adds to the very photogenic (and pink!) eatery’s teas and matcha-infused offerings, including donuts, lattes and lemonade, and we’re guessing it pairs exceptionally well with their Waffle Bouquet, a vegan and gluten-free rice flour waffle topped with a bouquet of edible flowers.

Where: 1418 Garnet Ave
Neighborhood: Pacific Beach
Banana Storm? Kona Coffee? Or will it be Ginger Cream? Fret not. Hammond’s lets you off the hook for making such difficult decisions by taking advantage of their flights of two to 32 mini scoops. Technically, a flight may require more decision making. But that’s a delicious problem to have.

Where: 90 N Coast Hwy 101
Neighborhood: Encinitas
Prepare for gigantic scoops and monstrous milkshakes and sundaes. Seeing as they’ve been making ice cream since 1945, beginning in Ohio, then expanding to a handful of other states—with many accolades along the way—you’d have to agree they have a good handle on this ice cream thing.

Where: 8008 Girard Ave
Neighborhood: La Jolla
Why is there no glass case like in other gelato shops? Because these gelato masters store it in a separate case to maintain a precise temperature. Along with traditional flavors like almond amaretto and blood orange, the shop pairs with local chefs and farmers to dream up flavors like cactus lime, banana rum, and hibiscus vanilla.

Where: 4620 Convoy St
Neighborhood: Convoy
Soft serve like you’ve never had it—Korean-style, in a fish-shaped bun. Asian flavors like Black sesame, matcha, red bean, and taro extend to the luscious soft serve and fillings waiting inside the pancake-esque Taiyaki.