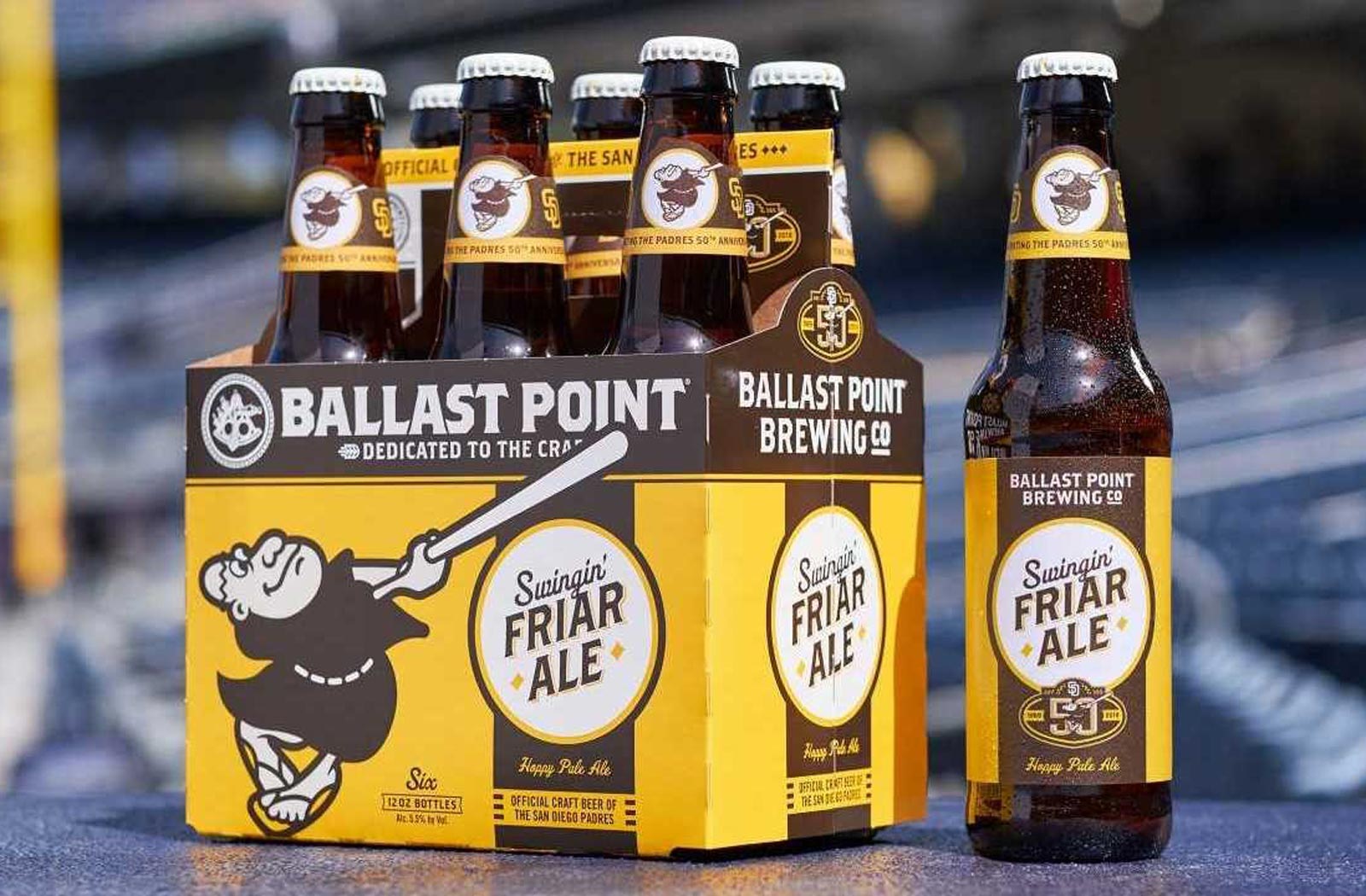 The year was 1969 when San Diego’s minor league team was accepted as an expansion squad in the majors. Decked out in yellow and brown jerseys, the team, named for the Franciscan friars who founded the city 200 years earlier, came out swinging. The half-century since then has seen 14 players who at one time graced the team inducted into the Hall of Fame, including Mr. Padre himself, Tony Gwynn, and two World Series appearances. With some exciting changes to the team roster this year—notably the addition of slugger Manny Machado—and a return to the yellow-and-brown color scheme next year, there’s a lot to be excited about with San Diego’s home team. Here’s how the town is celebrating the Padres’ 50th anniversary.

The team has partnered with San Diego brewer Ballast Point for the new Padres-themed beer. The Swingin’ Friar Ale, clocking in at 5.5 percent alcohol, features the longtime mascot the Swingin’ Friar and sports the historic mustard-and-mud team colors. The limited-run beer will only be available at Petco Park and select spots around San Diego through the end of the season. So look for it wherever you go or visit the Padres at home.

New half-century, new logo. To celebrate, the Padres have trotted out the new design. It’s an amalgam of so many things that represent San Diego and its ball club: a swinging Friar, a design reminiscent of the Gaslamp Quarter and San Diego’s other iconic neighborhood signs, as well as a nod to the architecture of San Diego’s missions.

The whole town is feeling the spirit—including the San Diego Symphony, which will include a baseball-themed musical tribute in its Bayside Summer Nights programming, running June 28 through Sept. 1.

The team has, well, teamed up with the Sycuan Band of the Kumeyaay Nation to donate over $1 million to local charity projects that will “make a positive and long lasting impact.” Among numerous causes, the program will renovate a baseball field used by Miracle League of San Diego, an organization that arranges games for young special needs sluggers. The effort will also support Make-A-Wish San Diego, Big Brothers Big Sisters of San Diego County, Veterans Village of San Diego, USO San Diego, Rady Children’s Hospital San Diego and more.

Check out the Padres 2019 Season