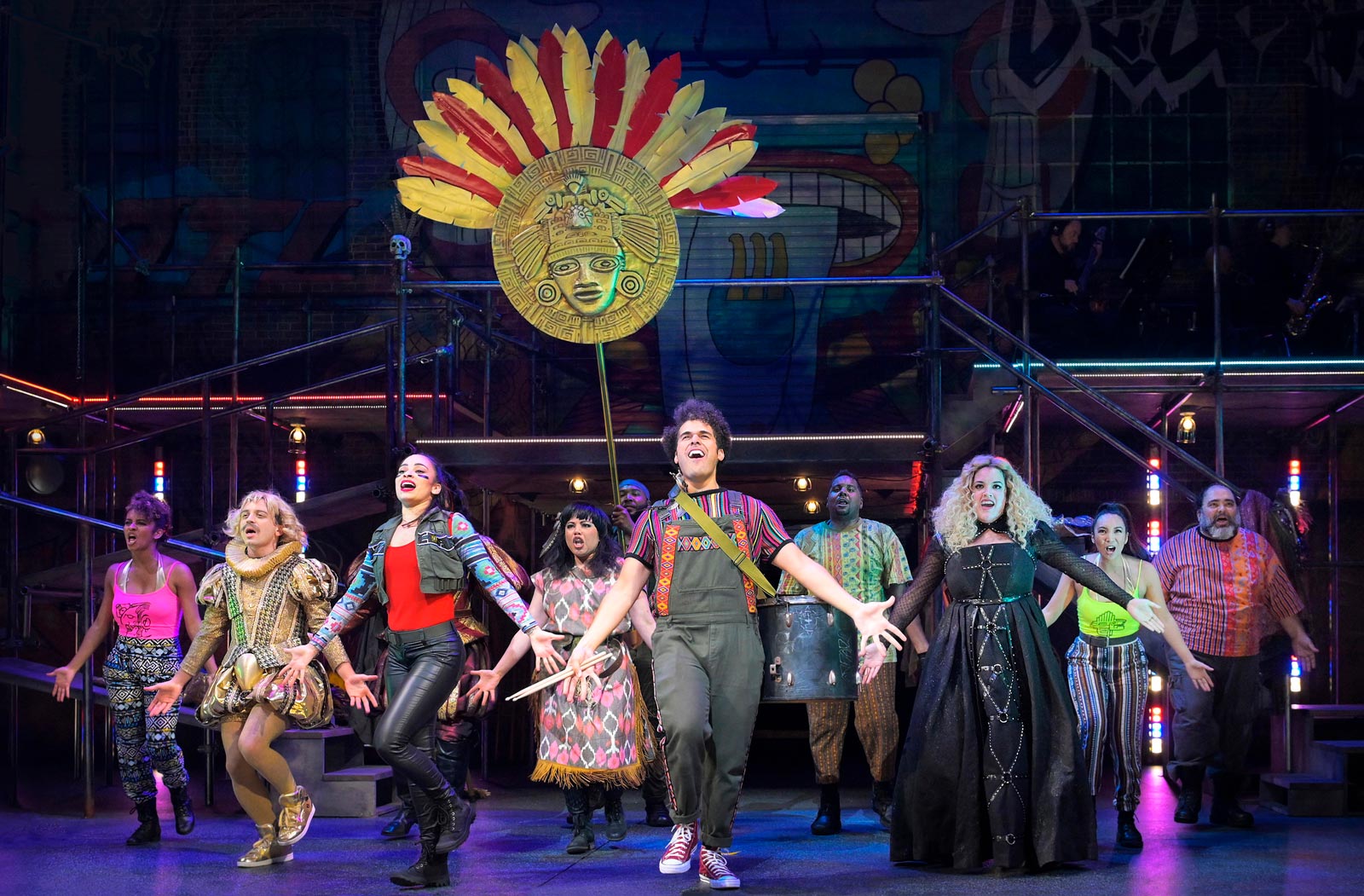 San Diego’s proximity to Mexico and South and Central America ancestry have helped shape the city’s diverse cultural identity. Hispanic and Latin influences can be found in the region’s architecture, gastronomical scene, and artistic landscape and are proudly celebrated year-round. National Hispanic Heritage Month (September 15 to October 15) is a special time to recognize and celebrate the contributions of Hispanic and Latino Americans to the nation’s heritage and culture. Here are 5 ways to celebrate Hispanic Heritage Month in San Diego.

Where: La Jolla Playhouse
When: Thru October 13, 2019
When the Spanish set their sights on Mesoamerica and its riches, they will destroy anyone and anything that keeps them from conquering and claiming it all for themselves. But the Aztecs are like, “Hell, no!” This fresh, irreverent and outrageous satire could only spring forth from the insanely hilarious mind of John Leguizamo. John’s last appearance at the Playhouse was in his acclaimed one-man show Latin History for Morons. Featuring a fusion of bolero, hip hop, merengue and rap, Kiss My Aztec! celebrates, elevates and commemorates Latinx culture in an uproarious new musical.

Where: Quartyard – 1301 Market Street, San Diego, CA 92101
When: September 14, 2019
Celebrate the weekend of Mexican Independence Day with Tijuana-based music heroes Bostich + Fussible of the Grammy-nominated Nortec Collective. They will perform a new suite of electronic music to a screening of a rediscovered 1920’s silent movie classic from Mexico: El Tren Fantasma (The Ghost Train). The film will be preceded by musical sets by Son Jarocho group Radio Guacamaya and by rising star DJ on the Tijuana scene, Grenda. Fill out the evening with gourmet tacos by Lola55 and bar and burgers by Quartyard.

Where: Bread & Salt
When: October 12-14, 2019
Latin American Art Fair is an annual event that presents outdoor exhibits, painting, sculpture, photography and printmaking of Latin American countries. This international event presents original artwork of over 100 artists from Mexico, Central and South America. In addition, the best of Latin food, music and entertainment will be highlighted. Don’t miss this family-oriented fair that brings artists and the community together.

When: Year round
The Centro Cultural de la Raza is a fascinating cultural arts center with a mission to create, preserve, promote and educate about Chicano, Mexicano, Latino and Indigenous art and culture. Check out the many rotating exhibits and performances of theater, dance, music, and film/video. Some of the fun includes Azteca dance, Teatro Chicano, and Ballet Folklorico. This center, uniquely housed in a former water tower, dons outdoor walls exquisitely painted with colorful murals.

Explore the House of Pacific Relations International Cottages for a year round peak into the houses representing the cultures of Colombia, Mexico, Panama, Peru, Puerto Rico, and Spain.