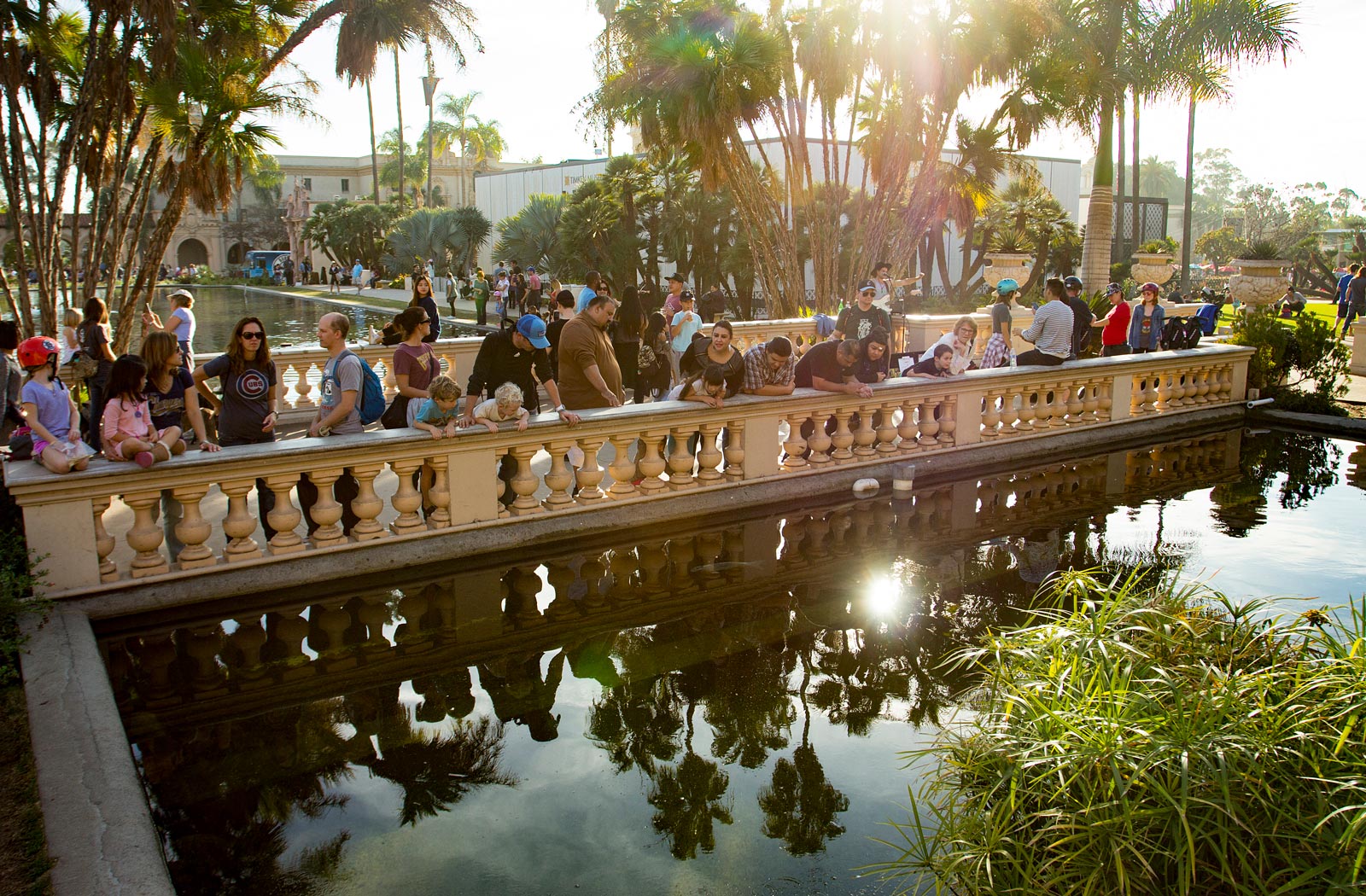 Summer might be coming to a close, but September in Balboa Park is still filled with a stunning array of mind-expanding exhibits and events. From Mexican Independence Day celebrations to secret scientific soirees for the 21-and-up set to blockbuster plays to food trucks on Fridays, Balboa Park is by no means falling down on the job of being the city’s beating cultural heart.

Where: El Prado
When: September 6, 13, 20 & 27, 2019
Looking for a fun and movable feast? Then you’re in luck. Every Friday in September, a fleet of food trucks will roll into Balboa Park at 4:00 PM to provide a wide range of gastronomic options from appetizers to desserts to everything in between. To spice up the night, entertainers will be on hand in the Plaza de Panama. Some of the featured acts include Finnegan Blue and Flavor Dance Company Entertainment.

Where: San Diego Museum of Art
When: September 13, 2019
Presented in conjunction with the exhibition “Black Life: Images of Resistance and Resilience in Southern California,” the San Diego Museum of art is showing “Agents of Change,” a 2016 documentary that chronicles the stories and struggles of black activists at the forefront of the civil rights and Black Power movements. A question-and-answer session with the co-producer and co-director Frank Dawson will follow the movie. Tickets are $5 for members and students, $7.50 for seniors and military and $10 for nonmembers. The event runs from 5:00 to 8:00 PM.

Where: The Old Globe
When: September 13 through October 27, 2019
If you are a fan of the film Almost Famous, the semi-autobiographical Cameron Crowe coming-of-age classic, then you’ll want to head over to The Old Globe for the much-anticipated theater production. Set in San Diego in 1973, the play, which Crowe wrote, follows William Miller, a 15-year-old aspiring music journalist who gets a front row seat to the world of rock ‘n’ roll when Rolling Stone hires him to profile an up-and-coming band. Directed by Tony Award nominee Jeremy Herrin, it features classic hits as well as new songs by Pulitzer Prize and two-time Tony Award winner Tom Kitt.

Where: The Old Globe
When: September 16, 2019
Celebrate Mexican Independence Day, also known as El Grito, with a free concert from Tijuana’s own Madame Ur y Sus Hombres along with traditional Mexican folk dances and crafting opportunities for kids. Of course, the fun will also include tacos, margaritas and Mexican beer. The event runs from 11:00 AM to 2:00 PM. in the Copley Plaza outside of the Old Globe and is part of its free AXIS! programming.

Where: Museum of Photographic Art
When: September 19, 2019
Take a cinematic journey through the life, works, and struggles of the renowned artist Michelangelo Merisi, who took on the name of his hometown, Caravaggio. His life as well as his art was marked by lights and shadows, genius and intemperance, contrasts and contradictions. A revolutionary artist, he traveled throughout Italy, making and then escaping his enemies all while looking for salvation. The film starts at 7:30 PM and tickets are $12.

Where: San Diego Natural History Museum
When: September 20, 2019
The specifics of this round of The Nat’s night-time 21-and-up revelry are scant, but if the past events serve as a guide, you should definitely see what secrets are in store. Whatever theme, the event always blends a learning with libations and features museum scientists sharing treasures from the museum’s collection of more than 8 million specimens as well as craft cocktails, beer, music, storytelling, food, crafts and art. The fun begins at 7 PM and tickets are $15 for member and $25 for non-members.

Explore Balboa Park
Save with the Explorer Pass