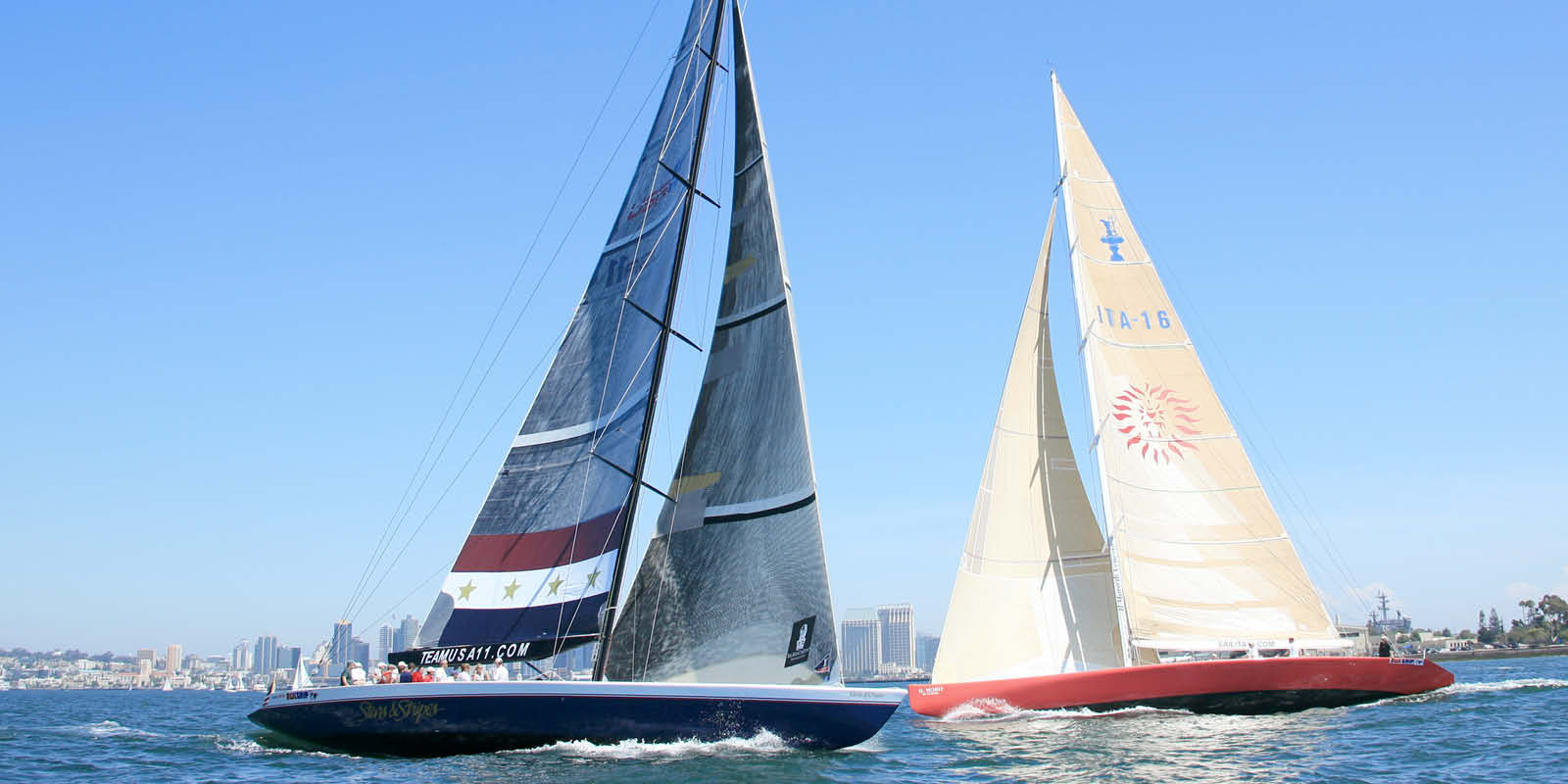 San Diego Bay offers many opportunities to get on the water and enjoy spectacular scenery, iconic landmarks  and fun-filled adventures. From relaxing ferry trips and historic bay cruises to thrilling jet boat rides and more, unique and entertaining experiences await on one of the most scenic natural harbors on the U.S. Pacific coast.

One of the most popular ways to explore San Diego Bay is on narrated tour. Tours are offered daily by Flagship Cruises & Events and City Cruises. The one- and two-hour tours cruise past some of San Diego’s most recognized landmarks, including the San Diego-Coronado Bridge, USS Midway Museum, Star of India/Maritime Museum of San Diego, Cabrillo National Monument, and more.

1. Downtown to Coronado and Back

A relaxing passenger ferry, owned and operated by Flagship Cruises, runs regularly across San Diego Bay. Hop on at docks near the Broadway Pier and the Convention Center in downtown and the Coronado Ferry Landing in scenic Coronado. A 15-minute ride one way, the Coronado Ferry provides gorgeous views of the downtown skyline and iconic San Diego-Coronado Bridge.

2. From Land to Open Waters

San Diego’s only amphibious excursion! Seal Tours – Sea & Land Adventures begins as a bus ride through downtown and ends at Shelter Island, where the “bus” changes into a “boat”. The 90-minute narrated trip continues along the water to the north end of San Diego Bay providing spectacular views of picturesque Point Loma peninsula and Cabrillo National Monument.

3. Step Back in Time

For a one-of-a-kind look at San Diego Bay’s history, the Maritime Museum of San Diego offers a narrated Historic Bay Cruise aboard a Pilot or PFC 816 Swift Boat. Launched in 1914, the Pilot enjoyed an active career as San Diego’s chief pilot craft assisting thousands of major commercial ships entering or leaving the bay before it joined the Maritime Museum’s collection of historic sailing vessels. Passengers aboard the Swift Boat can feel the power of the historic twin 12 cylinder Detroit Diesel engines while cruising past Naval Base San Diego, Naval Amphibious Base Coronado and Naval Air Station North Island.

Experience the thrill of America’s Cup! Enjoying the sights of San Diego Bay while sailing aboard America’s Cup Sailing San Diego‘s Stars & Stripes USA-11, one of the fastest, most famous sailboats in the world. The yacht was raced by San Diegan Dennis Conner during the 1992 America’s Cup races.

6. Be Your Own Speed Boat Captain

Brave seafarers can have an adventure of a lifetime driving a mini speed boat with San Diego Speed Boat Adventures. This guided, narrated tour with a twist allows you to follow trained and knowledgeable guides while experiencing the best of both worlds—the thrill of driving your own mini speed boat and the safety of having a skilled guide nearby as they introduce you to the beauty surrounding San Diego Bay. See Navy ships and aircraft carriers, the San Diego-Coronado Bridge, the famous Star of India and historic ships of the Maritime Museum, the cruise ship terminals, Seaport Village, and the downtown skyline from the water.

Climb aboard the Patriot for a thrilling ride on San Diego Bay. Propelled by two 1,400 horsepower jet engines, the Patriot provides an adrenaline-filled and entertaining tour like no other. With rock music pumping, your highly skilled captain narrates and navigates while executing 360-degree turns and reaching speeds upwards of 50 mph. Zip and zoom around the bay past military ships and the downtown skyline and underneath the San Diego-Coronado Bridge.