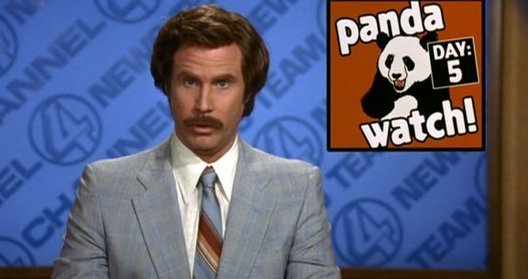 Live the movies you love and explore some of San Diego’s famous locales. Everyone knows that Ron Burgundy calls San Diego his home, but the Anchorman isn’t the only famous face to film in San Diego.

Years before he was jumping on Oprah Winfrey’s white couch, Tom Cruise and his Hollywood good looks made movie history as Lieutenant Pete “Maverick” Mitchell in the 1986 action-packed classic, Top Gun (1986). Inspired by a magazine article that highlighted the TOP GUN fighter pilots at the Miramar Naval Air Station in San Diego, the self-nicknamed “Fightertown USA,” movie producers were intrigued by the fast-paced Navy pilot lifestyle in a laid-back Southern California beach town and set up shop in San Diego to film the blockbuster hit.

> Top Gun Filming Sites in San Diego You Can Visit

Since 1888, the Hotel del Coronado has attracted numerous world dignitaries, Hollywood stars and the discriminating affluent with its unique red peaked roofs, stunning Victorian architecture and serene ocean vistas. But perhaps is most important role was its casting as the backdrop for the wildly popular film, Some Like it Hot (1959), featuring Marilyn Monroe,Tony Curtis and Jack Lemmon.

Balboa Park is the largest urban cultural park in the United Sates with 15 museums, a Tony-award winning theatre, numerous gardens and much more. It has been nicknamed “The Smithsonian of the West” but it may be better known for its appearances in a number of movies, including Citizen Cane (1941), where the Spanish Colonial buildings served as Charles Kane’s (Orson Welles) mansion “Xanadu,” the appearance of the Museum of Man’s California Bell Tower in the film Almost Famous (2000), and the historic Organ Pavilion that was used to stage an explosion during the film Top Dog (1995), starring Chuck Norris.

Downtown San Diego is ever evolving as new hotels, restaurants, nightclubs and retail shops open each year. A perfect location for shopping and dining by day, and the “hottest” destination by night. Who knew the downtown area would live up to its reputation when a controlled car explosion stunt took place in the middle of the downtown streets during the filming of Traffic (2000) starring Catherine Zeta Jones, Michael Douglas, and Benicio Del Toro; public safety agencies were present to make sure nothing got out of hand.

In San Diego’s East County, a rugged landscape surrounds historic highways and provides scenic backdrops for colorful desert wildflowers and numerous outdoor recreational opportunities, but the deserted area has also starred in a handful of films. East County’s beautiful Anza-Borrego Desert State Park was featured in Into The Wild (2007) during a scene that took place while Chris McCandless (Emile Hirsch) road tripped to Alaska. Borrego Springs doubled as Mesopotamia 3000 B.C. in the Scorpion King (2007) and was also where the popular Sci-Fi TV series, The X-Files, came to an end during the filming of the series finale at the recreated Anazazi Village.

With perpetual sun, swaying palms and sparkling surf, the funky neighborhood of Ocean Beach, is the epitome of Southern California beach culture. Producers of Almost Famous (2000) thought this beach town’s 1970s hippie attitude was the perfect location to film. Many locals wore their normal clothes and used their own vehicles as extras in the movie.