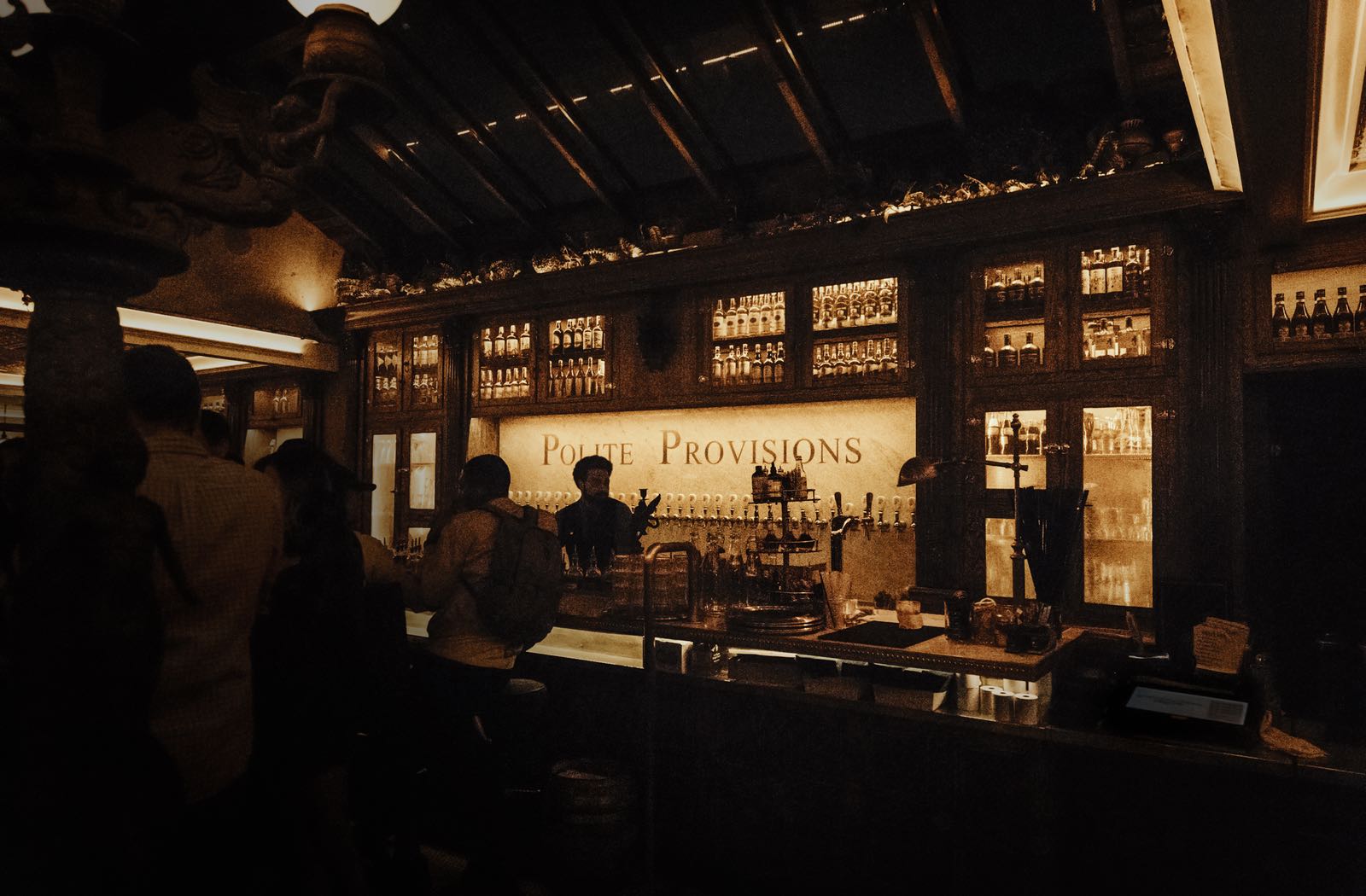 Grab some pals and check out these neighborhoods — one watering hole at a time. Each has a high density of spots to grab a beverage, a bite, and a good time. You never know where the night (or day) might take you.

San Diego’s hip stronghold has art, shopping, good eats, and oh so many watering holes, mostly stretched out along the 30th Street corridor. The dark and refined Seven Grand boasts an impressive whiskey selection (and a smoking patio and a separate bar-within-a-bar). Across the street, Splash Wine Lounge and Bistro pours out numerous wines by the ounce. Burn off some calories with Coin-Op Game Room’s arcade games—and replace them with craft beer and cocktails. Step inside a working brewery at North Park Beer Company and prepare for flavorful ales and lagers. Mainstay Toronado is a no-frills pub pouring from a respectable array of beers of draft. Mix things up with a stop at cider brewery Bivouac Ciderworks. Pull up a stool at Fall Brewing Company, Eppig Brewing, Mike Hess Brewing, Rip Current Brewing, and other nearby spots.

Newport Avenue provides this beachy burg’s “downtown.” Along with boutiques and artsy vibes are plenty of places serving suds. Pop into Culture Brewing and taste what the brewers are creating on-site. For unusual beers (pomegranate and hibiscus beer, anyone?) and outdoor games, head to Kilowatt Brewing. Take a dive into dark Pacific Shores for a round. For more light-filled lounging, head beachside to OB Surf Lodge and Wonderland, occupying the first and second floors in a prime spot by the OB Pier. With two locations in the neighborhood, OB Noodle House is a popular place to fill up on pho, chicken wings, and beverages. Raglan Public House likewise serves delicious New Zealand-style cuisine and a range of craft brews. See what’s happening at Winston’s Beach Club (live music is a frequent offering) and neighboring Arizona Café, where cheap beer and games of pool prevail until the wee hours.

Always hopping, the young and lively beachfront neighborhood boasts its share of bars and pubs. Backyard Kitchen and Tap is a great place to fortify yourself with brunch, lunch, or dinner, and beers both local and from far afield. The Duck Dive’s craft cocktails and respectable beer list always draw a crowd. Tiki culture and cocktails thrive at The Grass Skirt. The patios at PB Alehouse, PB Shore Club, and JRDN are prime places to sunset-gaze with drinks in hand. Tap into country tunes and down home vibes at Moonshine Beach. Pop into Barrel Republic to check sports scores and grab a pint. Or play shuffle board at the Cass Street Bar and Grill.

Get warmed up with some foosball at the divey Leucadian at the north end of town. Step things up with a menu of pub food and local craft beer favorites—not to mention corn hole and shuffleboard—at Beachside Bar and Grill. Wine lovers will swoon for Solterra Winery and Kitchen as well as The Third Corner Wine Shop and Bistro. Even discerning beer drinkers will be impressed by Encinitas Ale House’s 500 beers, including hard-to-find imported varieties. Grab a spot at Union Kitchen and Tap for local beers, and to soak it up, meatballs, poutine, and barbecue chicken. Sample all the agave spirits you need at Death by Tequila, then find your way across the street to cocktail lounge Shelter, historic dive 1st Street Bar, and hang ‘til closing time at The Saloon.

This being San Diego’s premier district for nightlife, there is no shortage of places to wet your whistle (and when needed, grab delicious grub), especially along Fourth and Fifth Avenues where a huge assortment of places range from casual to upscale to clubby. Beginning at the northern end around E Street, you can get started at The Gaslamp Tavern, Trailer Park After Dark, or Coyote Ugly. Wandering on, you can take a seat at The Tipsy Crow, The Hopping Pig, or Whisky Girl. And farther still, you’ll find Barleymash, Prohibition Lounge, and Juan Tequila Bar and Restaurant, among plenty of other spots.