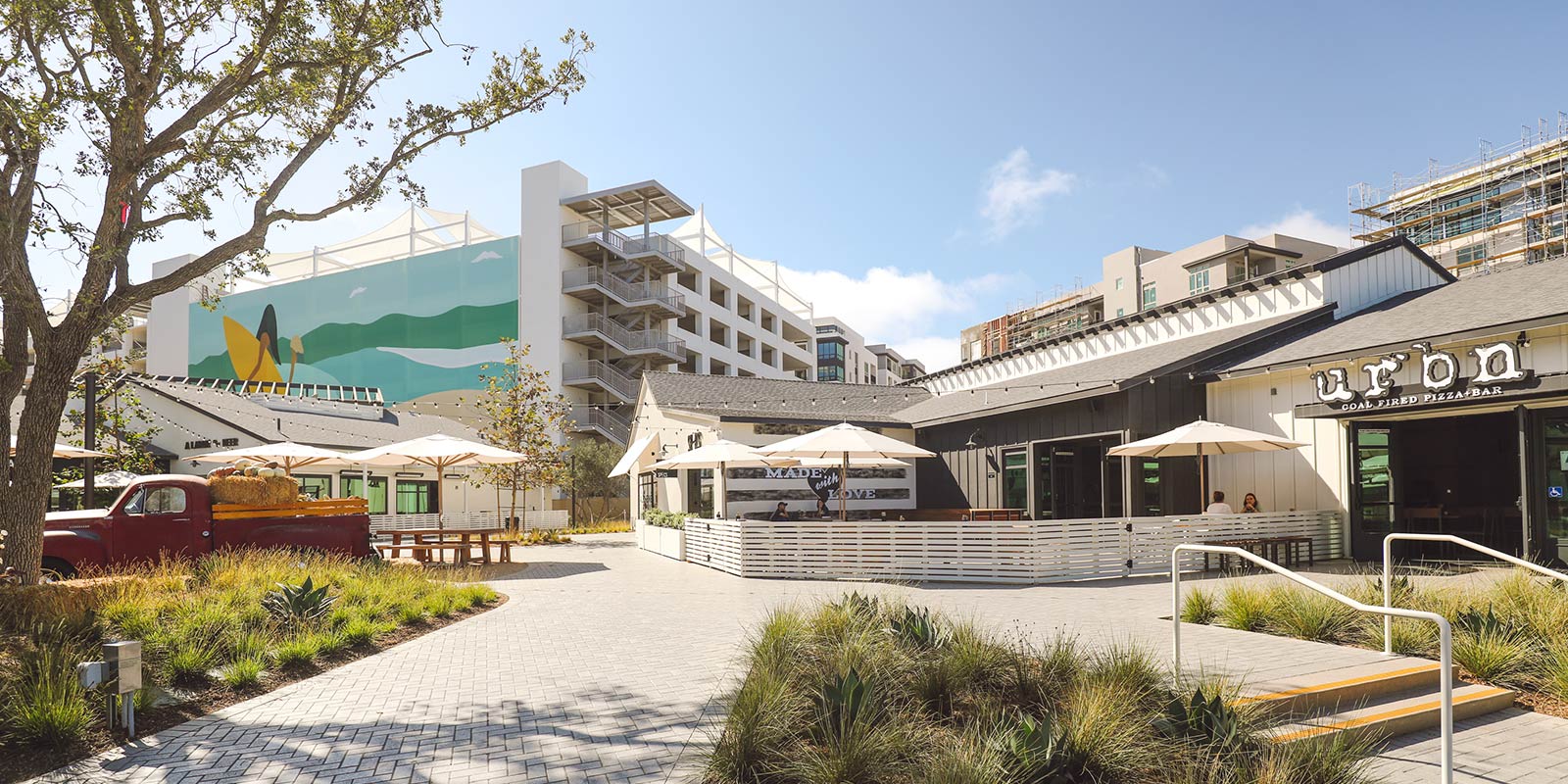 Arts lovers, shoppers, and foodies have so much more to explore this fall! San Diego is getting a three-day music fest full of huge names, a reimagined outdoor shopping experience, rock star-level coffee (in the most literal sense) and more. It takes a lot to keep up with this ever-changing city—get out there and see, hear, and taste the new and the now.

When: November 22-24, 2019
San Diego’s newest music festival, Wonderfront, promises to take over the San Diego Bay waterfront with three days of performances on seven stages. Among the roughly 100 acts are names like Ben Harper and The Innocent Criminals, MGMT, Migos, Slightly Stoopid, Busta Rhymes, and Thievery Corporation. To help festivalgoers get around (and otherwise enjoy the bay) there will be a network of water shuttles and a booze cruise. Venues include Broadway Pier, Seaport Village, and Embarcadero Marina Park South. General admission tickets to all three days run $239, while single-day passes for Saturday or Sunday are $99, and Friday are $79.

Where: 3725 Paseo Place, San Diego, CA 92130
Call it a mixed-use development. Call it an urban village. Whatever you prefer, OnePaseo is Carmel Valley’s very buzzy, recently opened residential, commercial, office, and events destination. Where else can you find outdoor movies and yoga side by side with a farmer’s market, live music, spin studios, and A-list shops and restaurants? There’s plenty to choose from between Blue Bottle Coffee, International Smoke, Shack Shack, Faherty, curBAR, SoulCycle, Pigment, Lululemon, and more.

Renowned coffee purveyors Bird Rock Coffee Roasters have perhaps the most exclusive brew in town. That would be Geisha coffee, a Panamanian varietal grown by none other than singer Jason Mraz on his plantation up the coast in Oceanside. At $35 a cup, it’s pricey, but there’s literally nowhere else you can buy it.

Where: 969 Pacific Hwy. San Diego CA, 92101
Celebrity chef Brian Malarkey’s newest venture is the ultra-luxe, $5.5 million Animae. The coal-fired pan-Asian menu is as impressive as the art deco setting in Pacific Gate by Bosa, in the Embarcadero Marina.

The mélange of influences from Polynesia, Asia, and the mainland U.S., makes Hawaiian food unique. A taste of the islands has never been closer at hand with DaKine’s Plate Lunches (recently opened in Linda Vista), the timeless Bali Hai, or Full Belly BBQ SD. Fish lovers will want to dig into bowls of the Hawaiian staple poke from Good Time Poke or It’s Raw Poke Shop, to name a couple.

L.A.-transplant Zinque lends its French sophistication to Little Italy at all hours of the day, a la France’s eateries known as “zincs.” Start with breakfast at 7:00 AM and stay until midnight (or 2:00 AM on weekends) to indulge in everything from brunch and pastries to steak frites and craft cocktails.

San Diegans know their craft beverages. So it’s no shocker the region has given rise to notable names in hard kombucha. Keep an eye out for Boochcraft’s delicious offerings (canned and on tap) around town. Or pop into the North Park or Scripps Ranch locations of newcomer JuneShine, whose ‘booch is always brewed with green tea and honey (instead of the more common black-tea-and-sugar combo).

Seen Free Solo but would rather try your chalked-up hand under the watchful eye of an instructor? Before you plan an expedition on El Capitan, learn your ropework and footwork from the pros at Mesa Rim (locations in Mission Valley and Mira Mesa). Their Mission Valley location is a stunning, airy facility with group classes or private instruction.

Where: 2414 San Diego Ave, San Diego, CA 92110
Located within the tasting room of Tahona Bar (which claims one of the most extensive mezcal collections in the country) is a speakeasy boasting agave spirits and spooky vibes. What’s up with the ominous name? 477 is the number of gravesites in the adjacent Campo Santo Cemetery, which is haunted by souls whose graves were paved over as San Diego modernized its roads.

Where: 890 Palomar Airport Rd, Carlsbad, CA 92011
North county got its very own food emporium this autumn with the opening of Windmill Food Hall in Carlsbad. Under the Nordic-style windmill, diners craving variety will find more than a dozen options ranging from poke and lobster to street tacos, craft coffee, pho, and fried chicken.