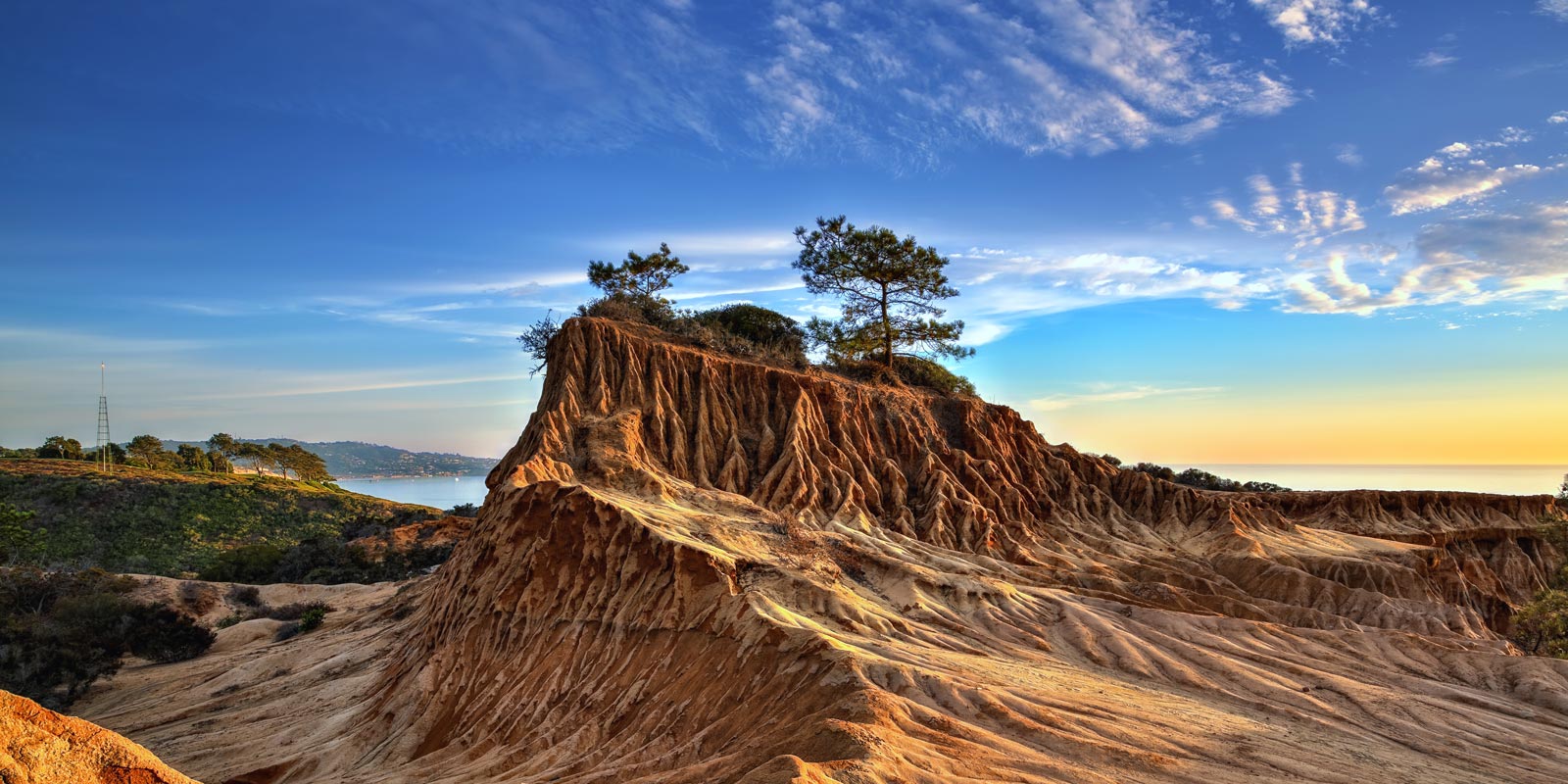 Did you know that California’s Beach city is full of natural beauty, plenty of firsts and avocados? Check out these 20 fun facts about San Diego.

One of only two places the rare Torrey pine tree grows. See them for yourself at Torrey Pines State Natural Reserve.

San Diego County has the most small farms of any US county and produces the most avocados, so don’t skimp on the guacamole.

The California Burrito, a taco shop favorite stuffed with carne asada and fries, originated in San Diego. Taquitos, aka rolled tacos, were invented at El Indio restaurant near Mission Hills.

5. Jack in the Box in San Diego

Fast-food mega-chain Jack in the Box started out as a drive-thru hamburger stand on El Cajon Boulevard.

The Spirit of St. Louis, flown by Charles Lindbergh in the world’s first nonstop solo transatlantic flight in 1927, was built in San Diego by Ryan Airlines. See a flyable replica built by some of the original builders at the San Diego Air & Space Museum.

Belmont Park‘s 94-year-old wooden roller coaster is one of only four roller coasters on the National Register of Historic Places.

The iconic herschell-spillman menagerie carousel in Balboa Park was built in 1910.

The 1982 film Fast Times at Ridgemont High was based on San Diego’s Clairemont High School.

Theodor Geisel, aka Dr. Seuss, was one of La Jolla‘s most prominent residents; so was Dr. Jonas Salk, who created the first successful polio vaccine in 1955.

The first modern triathlon was held in Mission Bay in 1974.

Then-governor Ronald Reagan was the first person to officially cross the San Diego-Coronado Bridge when it was completed in 1969.

The Travel Channel named The Whaley House Museum the country’s most haunted house.

16. The San Diego Man and Legend

We celebrate a local skateboarding legend on Tony Hawk Day, May 29.

A colony of harbor seals has called the Children’s Pool beach in La Jolla home since the mid-’90s.

The world-famous San Diego Zoo got its first pair of koalas, Snugglepot and Honeypie, in 1925. Snuggles and Cuddles, as they were soon nicknamed, were immediate celebrities when they arrived and set the stage for San Diego’s ongoing love of koalas and the successful breeding colony that continues at the San Diego Zoo today.

San Diego has the most dog-friendly restaurants per capita in the country.

Check out the piano at Kansas City Barbecue. It’s where Maverick and Goose belted out “Great Balls of Fire” in the 1986 film Top Gun, filmed in San Diego.