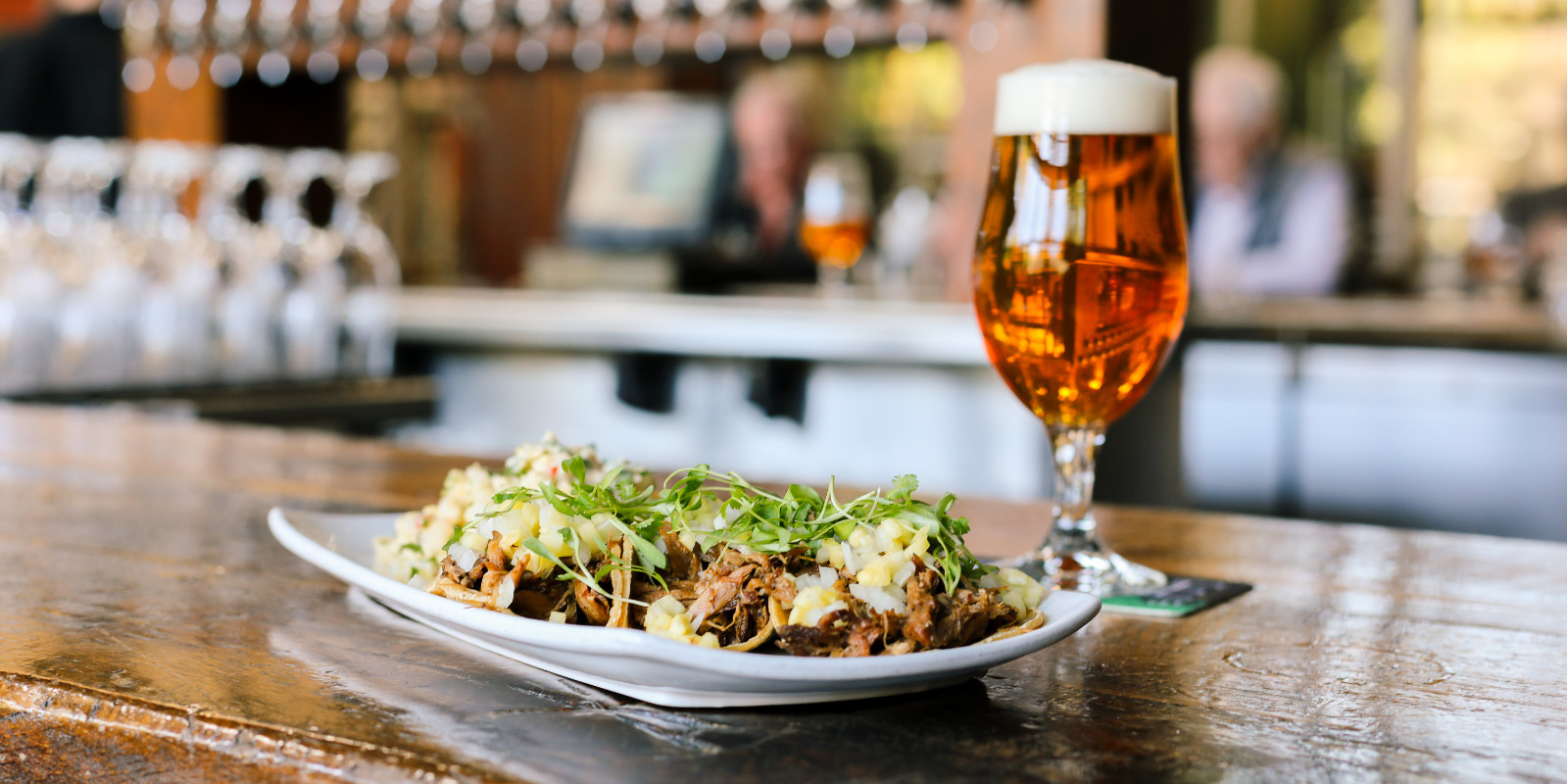 There’s a whole lot of excitement bubbling up across San Diego’s beer, wine and dining scene. And it all comes to a head in November, with two big events creating a critical mass of fantastic food and libations: San Diego Beer Week followed by San Diego Bay Wine+Food Festival.

San Diego’s award-winning brewers have made this one of the top beer destinations in the nation, while a growing wine industry and proximity to prime grape-growing regions are likewise inspiring fans to raise a toast to this town.
On top of that, San Diego is becoming foodie central, with four area restaurants now boasting coveted Michelin stars.

As San Diego Beer Week (Nov. 5-14) and the San Diego Bay Wine+Food Festival (Nov. 11-14) get set to unfold, this is a perfect time to plan a quick San Diego getaway. But even if you can’t make it for those dates, there’s plenty here year-round for fans of hops and grapes and great food to revel in.

Check out some of our picks and tips:

The Stars Shine on Dining

San Diego made a big splash this fall by quadrupling its population of restaurants boasting Michelin stars — one of the top honors in the culinary world. Previous Michelin winner Addison at the Fairmont Grand Del Mar was bumped up to two stars. And Jeune et Jolie, Soichi and Sushi Tadokoro joined in the Michelin club. Looking for a bit less of a splurge? San Diego also has eight restaurants with the esteemed Michelin Bib Gourmand designation for their combination of exceptional food and good value.

Brewing a Revolution with Karl Strauss

When it comes to the ever-expanding family tree of craft-beer awesomeness around San Diego, Karl Strauss Brewing Co. has to be considered the granddaddy of it all. Founded in 1989, the company helped foster and inspire countless locals both to appreciate a fine microbrew and set out to make their own — kickstarting what has become a $1.2 billion-a-year business here. More than three decades later, Karl Strauss is still going strong, coming up with ever-creative new releases and serving up brews and food at locations in Downtown San Diego, Sorrento Mesa, 4S Ranch and Carlsbad

Tasting Your Way Through Beer-topia

San Diego has more than 150 craft breweries, so visiting them all is going to be a little tough. But given that local brewers have won more than 300 medals among them at the Great American Beer Festival, it’s hard to go wrong wherever you stop for a sip. Among the up-and-comers is Pure Project, which serves up its “beer as art” ethos in the Balboa Park area as well as in North County’s Vista. Mike Hess Brewing offers a wide variety of beers at four tasting rooms around the county, and Bay City Brewing gets its ales on at locations in Point Loma and the East Village.

When it comes to that deliciously bitter wonder known as the IPA, San Diego has to be the Top of the Hops. It’s no wonder that the collaborative “Capital of Craft” beer released by the San Diego Brewers Guild at the beginning of Beer Week each year is an IPA. Our town has made a worldwide reputation on that hops-forward variety, thanks in large part to such San Diego craft icons as Stone Brewing (an early champion of the IPA), Coronado Brewing (with its World Beer Cup-winning Islander IPA) and Ballast Point Brewing (which became an IPA sensation with its Sculpin). All of them run tasting rooms and kitchens around the county.

From City to Country, the Wine is Fine

As big as beer has become, this is wine territory, too. In fact, there are more than 100 wineries and tasting rooms in the region. Among local favorites is Little Italy’s Carruth Cellars Wine Garden, which sources grapes from all over the West Coast to make wines here. Just two blocks from the waves in Ocean Beach is Gianni Buonomo, which is housed in what was once an antiques store, and sources grapes from top vineyards in Washington state and California’s Sierra foothills. And in the heart of downtown’s Gaslamp Quarter, the San Diego Wine and Culinary Center offers multiple wine-themed event venues as well as a long list of wines.

Looking for someone else to take the wheel while you take in the sips and scenery? Several local companies offer chauffeured tours of local wine regions, both in rural San Diego County and in the fertile Temecula Valley to the north. One top operator: San Diego Beer, Wine & Spirits Tours, whose trips are fully customizable, headed by an expert guide and available with food options, too.

A bit farther afield but worth the journey, Mexico’s Valle de Guadalupe – sometimes called the “Napa Valley of Baja California” — beckons with a 14-mile stretch of some 100 vineyards, producing distinctive wines in a beautiful setting. Visitors can check out the startling range of winemaking here, from the pioneering Domecq to the small, eco-minded Vena Cava. The food in the region, which is less than a two-hour drive south of the border from San Diego, is justly famous, too.